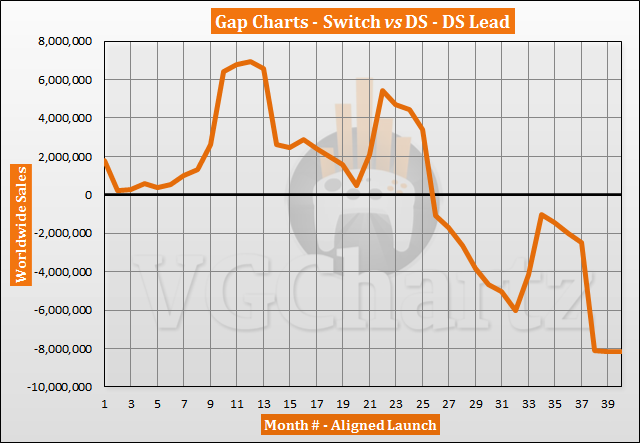 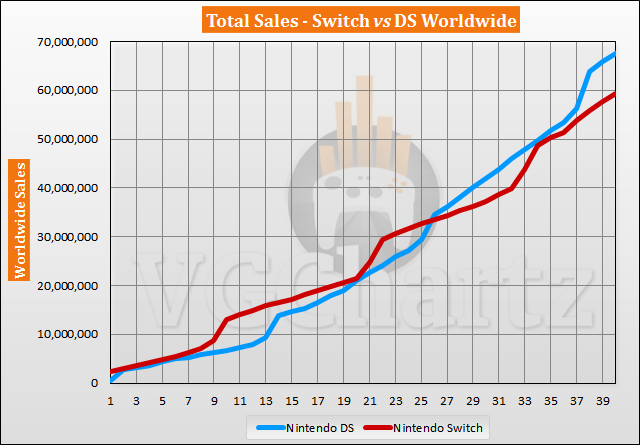 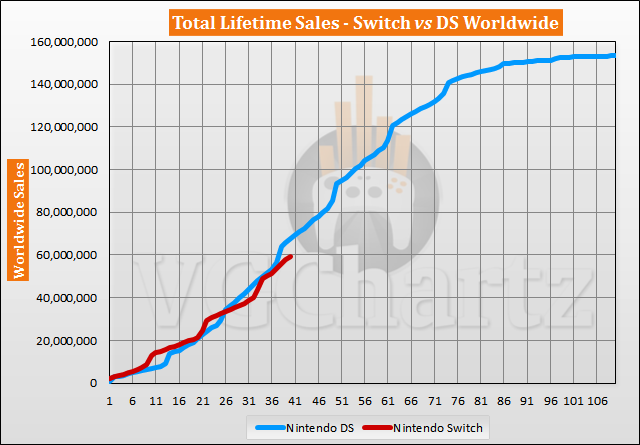 June 2020 is the 40th month that the Nintendo Switch has been available for. During the latest month, the gap grew in favor of the DS by just 16,287 units when compared to the Switch during the same timeframe. In the last 12 months the DS has outsold the Switch by 5.55 million units. The DS is ahead of the Switch by 8.17 million units.

The 40th month on sale for the Nintendo Switch is June 2020, while for the DS it is February 2008. The Switch has sold 59.32 million units, while the DS sold 67.49 million units during the same timeframe.

Switch managing to keep up with the DS at it's best is the highest feat the Switch could achieve outside of outright outselling PS2 and DS, and it really manages to do so so far this year.

Just keeping relatively flat with the DS at this point is an achievement.

Pretty much this. The DS was such a beast of a machine. I don't think we will ever see something like that.

There is no way the Switch will beat the DS, but i don't think it will fall that much behind. I think it will be able to keep up at a little slower pace and end up like 20-30 millions behind

What's really amazing about this is the fact that this is among the DS's best, the Switch is much more expensive, and the Switch has not yet had a price cut. But I do wish we knew more about the breakdown between Switch and Switch LIte.

Yea, the Switch is probably highly profitable with it's current price. I'm sure they are making a lot of money just with hardware alone.