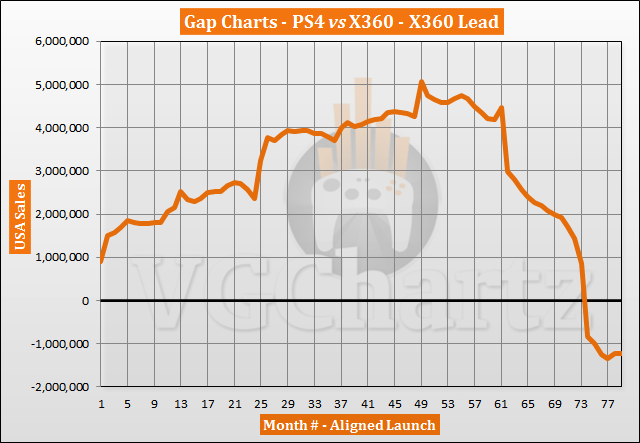 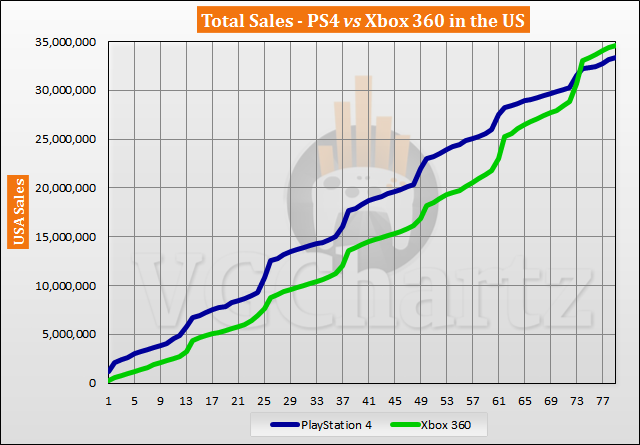 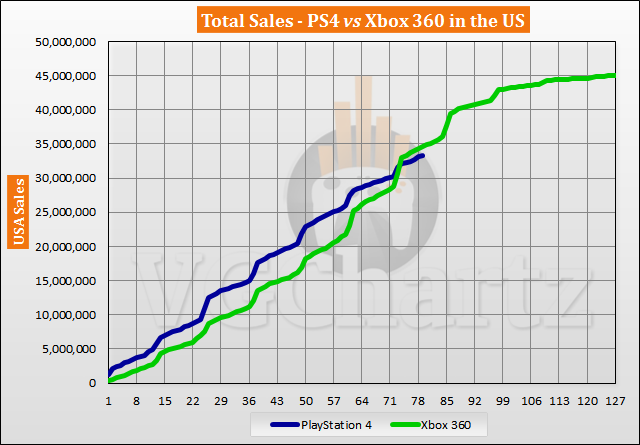 Covid is helping the PS4 to keep up for now, but once that boost is over, the 360 will sail away for good

Yes I agree with both points. I don't think PS4 will keep up with X360 in the US in the end. Covid is helping boost all the console manufacturers, including being responsible for the Switch's peak year this year.

Yupp. The PS4 will pass the 40 million mark, but it won't manage to reach the 360 numbers, considering that we are getting the PS5 this year.

@NextGen_Gamer
This close to PS5? I don’t think so. At this point, I think a permanent price cut is too little, too late.

I did know X360 outsold Wii in the US, but I was not aware that it was by that much. (3.44 million). Nobody really expects PS4 to outsell Wii in the US, so it also will not outsell X360 of course.
I know both is last gen, but could you maybe please make a comparison Wii -vs- X360 in the US just once? Would love to see how much Wii was ahead of X360 at maximum and the steady catch up of X360. After month 96 you just could make a flat horizontal line for Wii.