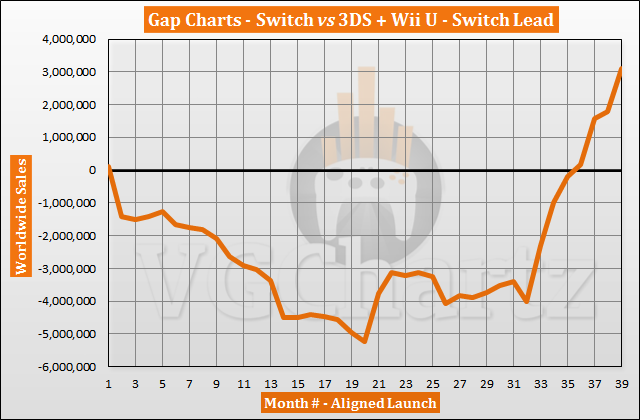 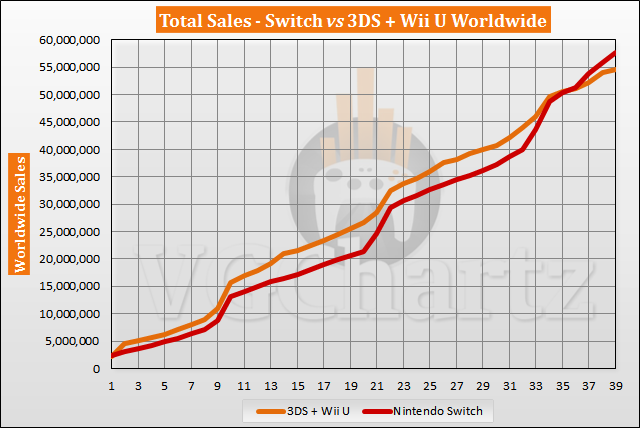 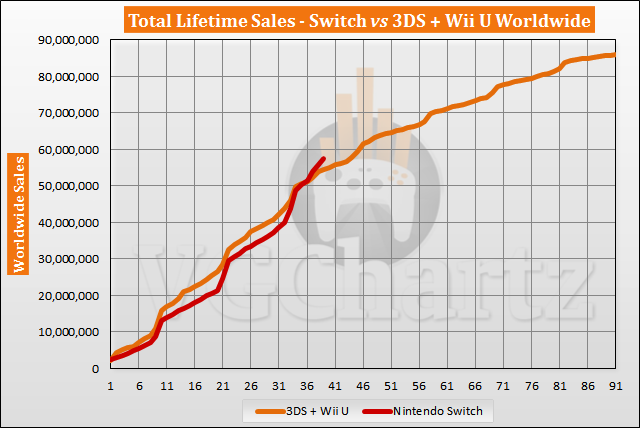 So, unifying both markets is officialy a good decision.

Not only that but we also see it with software. Teams have less pressure and more freedom for the game and it actually shows a lot in the numbers too. This is one of their best move.

It was a bit risky for Nintendo to have only one platform instead of two, but it paid out. They would have been in real trouble if Switch would have flopped... This chart alone shows that Switch can be classified as a success.

Welp, Switch will never go behind 3DS + WiiU from here on out. Already has a sizable lead, with Switch sales exploding, and looking at the chart this is when 3DS + WiiU sales start slowing down. Won't take too long until Switch has a 10+ million lead.