Kojima Productions' Death Stranding released for the PlayStation 4 in November 2019 and has since become profitable, according to director Hideo Kojima who spoke in an interview with Livedoor News.

Kojima added the team is currently in the planning stages for its next game. This is after a big project they were working on was cancelled.

"We surpassed the amount we needed to make a profit, so I think it sold well enough to be called a 'success, recoupment of development costs included," Kojima said when asked about the sales for Death Stranding. "We’ll release the PC version soon and have already secured enough profit to prepare for what’s next, so there’s no need to worry." 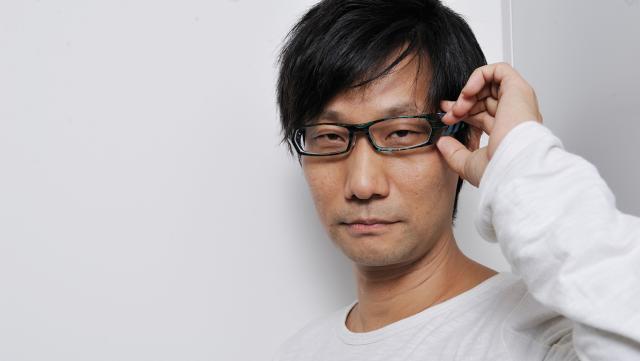 "I can’t say anything since it’s still in the planning stages, but we’re doing various work behind the scenes. Just recently, a big project fell apart, so I’m a bit upset about that (laughs)," he added. "Well, that sort of thing happens often in this industry."

Kojima did say the rumors the studio acquired the copyrights to Metal Gear Solid and P.T. were "completely false."

Death Stranding is available now for the PlayStation 4 and will launch for Windows PC on July 24.

Coincidence that this is coming less than a week before the PS5 games event? Good to know it sold well enough for him to carry on though, can't wait to see what's next!

I doubt they would have anything to show with Death Stranding coming out so recently.

Oh I'm not expecting anything to be shown per se, although a mention of what's to come would be cool, y'know?

If it's really just in planning stages then it's way to soon to talk about anything since nothing is set in stone. If KP's involved with the June 4th show I wouldn't suspect much more than some new contractual agreement announcement, like a 3 game deal or acquisition announcement.

Well he did announce DS very shortly after leaving Konami and opening his studio.

While I am certain it made a profit, I am also certain that it fell in the ubiquitous "did not reach our sales expectation" category. It was meant to be the next major Kojima title (ie: the game that reaches or surpasses MGS) and it didn't reach that goal neither on a sales nor a critical level. That's not really a problem, as it is the studio's first game, just pointing out the facts.

People won't like this but I thought Deathstranding was so over hyped. I bought it a month after release because of the twitter hype which convinced me. The game is OK at best but its just so repetitive, to the point I simply burned myself out and couldnt complete it. (I may go back and finish it) I still feel if this didn't have Kojimas name linked to it, it wouldn't of had such high praise.

Yeah, and I liked it that much, that I spent over 140 hrs and was the first platinum trophy on my ps4. So go figure.

I think the only difference between this game and other open world games is that it doesn't use any smoke and mirrors to mask the repetitiveness of the side quests in particular. I played the game and completed it. I would just say that it's just a very different experience.

If you bought day one due to hype I would understand. But one month later you could have checked gameplay and several of the reviews and you would have a better idea of what the game was about.

I had no doubt it was profitable, goood that they already have money for the next game.

Do we have any sales data for DS?

The abbreviation DS is reserved for Demons Souls and Dark Souls. We need a new one for death stranding maybe be DtSg

When I see DS I think Nintendo DS.