Tweet
by Nicholas Taylor , posted on 16 February 2020 / 3,810 Views
For the last 30 years, we've seen countless Dragon Ball games released for pretty much every platform, so saying that a game based on the franchise feels fresh might sound like a hard sell, but that's what Dragon Ball Z: Kakarot manages to achieve.
Although we've seen games from many different genres for the series in the past, the majority have been some form of fighting game, especially since the shift to 3D gaming. Although they were commonplace back in the NES and SNES days, it's actually been quite a long time since we received a Dragon Ball RPG, and it's probably the first time we've ever gotten one at this scale. 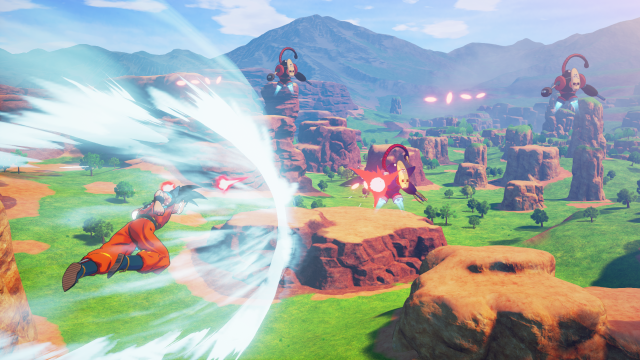 While the combat isn't all too different from the arena fighters consumers may be used to, with heavy focus placed on movement and ki usage to fire gigantic beams, this is an RPG through-and-through, with an experience-based leveling system, equippable skills that diversify the further you get in the game via skill trees, and a vast world to explore, filled with side quests and item gathering which you can use to strengthen your party.
The battle system feels extremely basic at first, and while it never becomes a rival to some of the classic JRPG greats as far as tactics and planning go, there is a surprising amount of depth to the battle system the further you progress through the game, with transformation states, support-based party members, and combo extensions which make it easier to break the opponent's stun gauge, resulting in a somewhat more cerebral experience than you'd expect from the first few hours.
Dragon Ball Z: Kakarot has a pretty large world to explore, though it isn't one seamless open area but rather divided up into several smaller areas that you travel between via an overworld map. Each area features famous locations that fans of the series will instantly recognize, as well as small collectible memories which will give a quick recap of events that happened in the source material, though they aren't much more than easter eggs. Loading times between areas were reduced greatly in a week two patch, and while they weren't exactly a gigantic problem in the beginning either, the game is a much smoother experience now if you're planning on exploring and side questing a lot.
The visuals look good and capture that signature Dragon Ball feel while doing the source material real justice, though the showstealers are without a doubt the absolutely gorgeous pre-rendered cutscenes, even if they are relegated to a few of the most iconic scenes covered in the game, such as the first fight between Goku and Vegeta, or the climactic end of Planet Namek in the battle against Frieza. They are stunningly beautiful takes on key events from the series and while they're fairly rare you get excited every time one of them starts up. 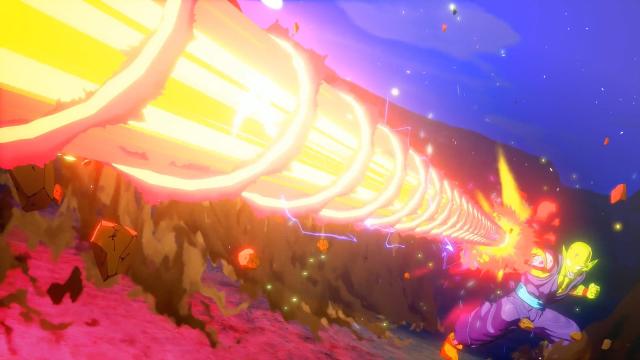 Dragon Ball Z: Kakarot also features both sound effects and music taken straight from the classic anime, and they hold up just as well more than 20 years later. There are also voice track options for both the original Japanese actors and the English dub, so the game caters to each player's own tastes.
I haven't finished all of the post-game content quite yet, but I have around 45 hours of great fun invested in the game, so even though it may pale in comparison to the Final Fantasies and Dragon Quests out there as far as length goes, it's definitely not a short ride either. Even if you're looking at just playing the main story and nothing else, you'll likely have to put in around 30 hours before you'll be done, as the game covers all of the "Z" portion of the series, from the beginning of the Saiyan Saga with Raditz's arrival up until the climactic final battle against Kid Buu at the end of the Buu Saga.
Given that I'm a superfan of the source material it's difficult for me to judge how an outsider to Dragon Ball will get on with the game. While there is some personality stripped from characters (the Ginyu Force don't get nearly as grand of an introduction as they should, for example) and some moments here and there end up being skipped entirely, the story overall is presented well and explained thoroughly at a level that feels reasonable to accept from a game adaptation. Although you do technically start off right in the middle of the overall Dragon Ball story, with Goku being an adult with a wife and child, that's the same way the series was originally broadcast in North America, too, so as an entry point it's no different from what many western fans also experienced. 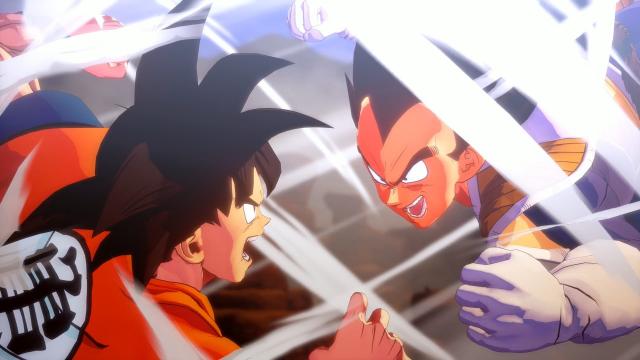 Dragon Ball Z: Kakarot is a beefy game with good visuals, sound design which is extremely faithful to the source material, and an absolute ton of both main and side content, topped with an extremely generous serving of fantastic fan service. In other words, pretty much the optimal way to make a game based on a highly popular intellectual property. If you're even half as big of a fan as I am of Dragon Ball then you can easily add another point to the final score.

This review is based on a digital copy of Dragon Ball Z: Kakarot for the PS4, provided by the publisher.

Everything is better than Super.

Well, everything except GT.

@Majin-Tenshinhan well, at least GT didn't retcon events in Z and Goku was still a hero in that one rather than a fight obsessed lunatic, who is working with villains.

I don't think either is good, but keep with the angry downvotes if you want lol. It's like picking between getting shot in your right leg or your left leg. Why would I want either?

@Majin-Tenshinha I didn't downvote you andI agree that both are bad. I just think Super messing with existing canon is a bit worse.

I mean, GT did the same in a lot of ways. The main difference is GT was never considered canon while Super has always been. I just separate original and Super and don't let it get to me too much.