Dragon Ball Z: Kakarot (PS4) has debuted at the top spot on the French charts in week 3, 2020, according to SELL. The Xbox One version debuted in second, while the PlayStation 4's Collector's Edition debuted in third. 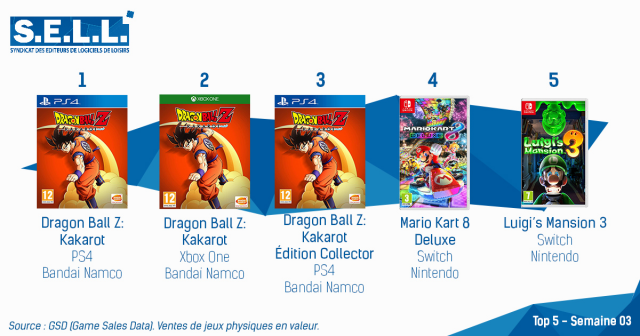