It appears the franchise might be seeing a return in the future. Two independent sources told Cinelinx a new game in the series is in development.

One source says the game is a remake, while the other says it is more than just a remake. The new game would take elements from the first two games to bring them back into the current Star Wars canon. "Not necessarily a remake, so much as a re-imagining." 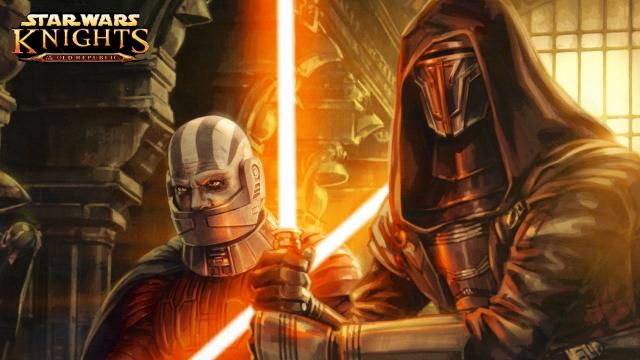 There's nothing I'd hate more than to see this get ruined, if rumors are true. Cautiously optimistic.

On the other hand, if they actually pull it off, I'd be giddy as a school girl!

Knights of the Old Republic is amazing. I just voted it my #2 all-time best game in the Top 50 thread, like in fact I do every year. It does everything right. I loathe EA. Everything they do is wrong. It was like a nightmare to hear Disney had a moment of insanity and for whatever reason granted EA of all companies the rights to make Star Wars games. And like I expected, they ruined everything, as they have ruined everything I ever held dear in my life. It's like it is their mission. Since about 2003 I vowed I wouldn't ever buy anything that has EA's name on it ever again, no new stuff, no stuff from the bargain bin or even second-hand stuff. And I never did, they don't exist to me. Their treachery runs deep. Knights of the Old Republic is such a special game however, that if they make it perfect, and I mean absolutely perfect, like the original is, I'd actually buy an EA game.

No room for pessimism, a disappointing KOTOR 3 will still be more appealing to me than 90% of RPGs on the market. And it just fits a niche nothing else is fulfilling.

With Disney and EA at the helm I'd rather not.