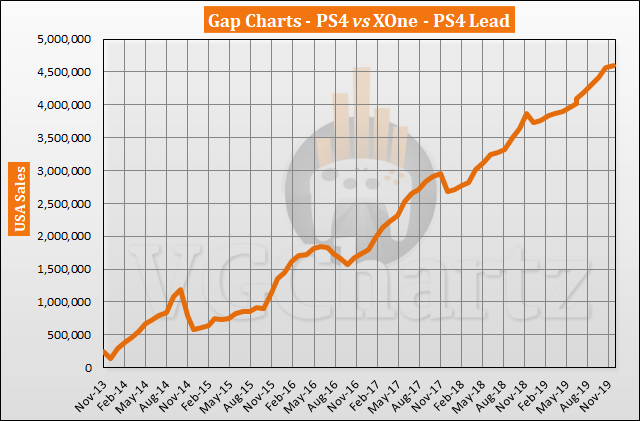 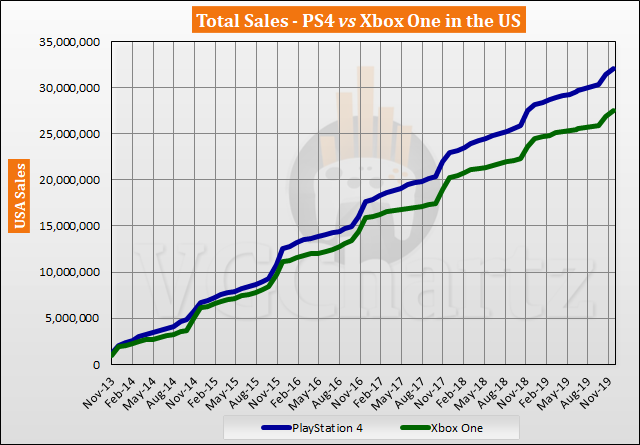 IS there also a Switch vs PS4 in the US chart?

Nevermind, there it is already...

I think Switch VS XB1 in USA would also be interesting.
So far it's Switch at around 17m VS XB1 at 12.7m

Well, as one can see on the XBO vs 360 chart, the XBO is dropping like a rock right now. PS4 is already beating the XBO and Switch is beating the PS4, so we wouldn't learn something new from it.

A Switch vs X360 would be interesting, though. Switch would lead early on, but could it keep up with the 360 once Kinect comes and conquers the US market?