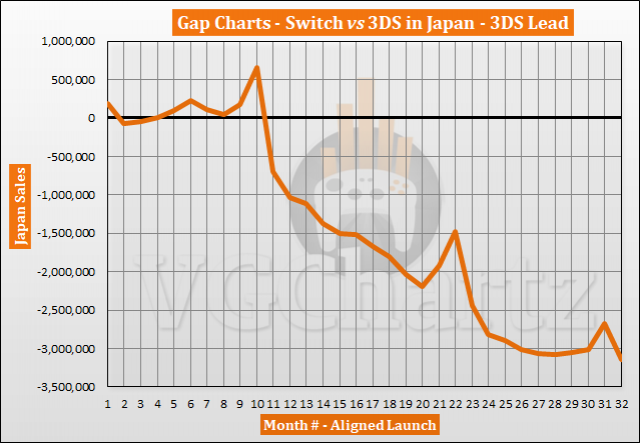 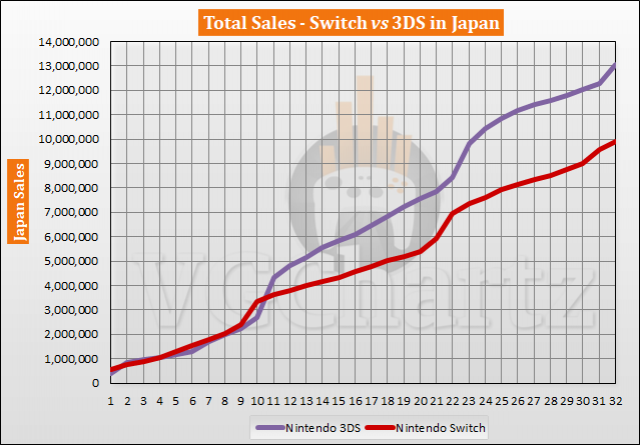 October 2019 is the 32nd month that the Nintendo Switch has been available for in Japan. During the latest month the 3DS increased its lead over the Switch by 470,654 units and by 959,537 units in the last 12 months. The 3DS is currently ahead of the Switch by 3.15 million units.

The 3DS launched in February 2011 (however, 3DS sales have been aligned to March 2011, since it only launched at the end of February in Japan) and the Nintendo Switch launched worldwide in March 2017. The Switch in its first 32 months has sold 9.90 million units, while the 3DS sold 13.05 million units.

Switch gonna get it ;)

This will be a good one to watch. I think the switch has a shot. I know the 3ds had some amazing years there, but the switch will have about 4.5 million this year. Next year will be around the same.

The Switch should start closing the gap next year. 3DS dropped drastically after its 3rd year. In Japan it went from 5 million to ~3.2 million. The Switch should easily top that mark with Animal Crossing, the Lite's first full year, and other surprises waiting in the wings.

Wow, thank you for the Charts. I just recently mentioned i wish there was a chart Switch -vs- 3DS in japan and now its here. :D 3DS in Japan was selling very very good, 24.5 million units is huge. However, Switch absolutely has the potential to get close to it. This one will be a nice race later. :)