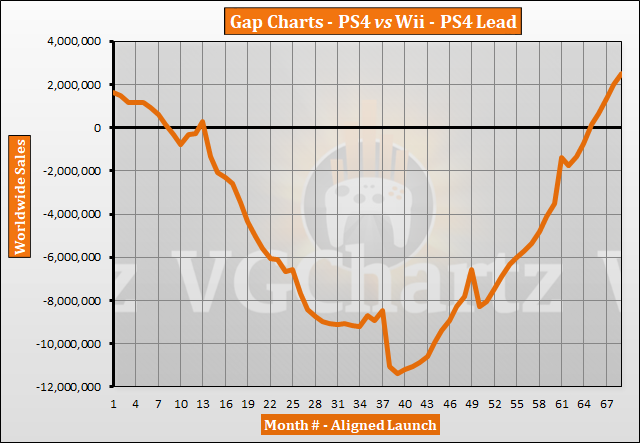 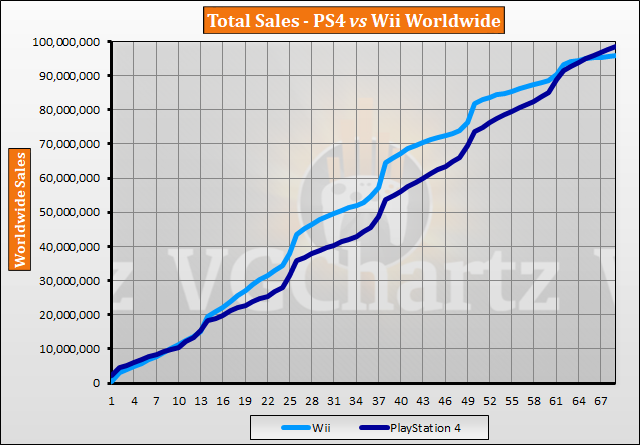 The Wii sold 101.63 million units lifetime, therefore the PlayStation 4 needs to sell another 3.19 million units to consumers to surpass it.