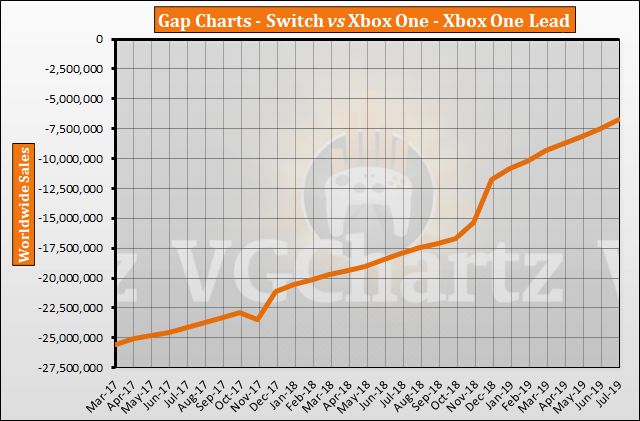 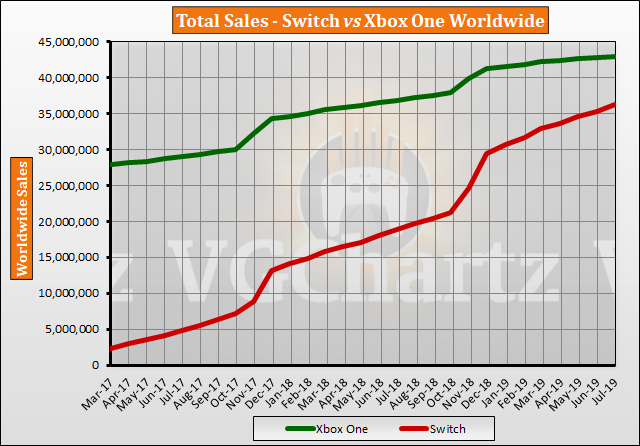 Switch moving into striking distance as the Lite approaches

it will pass it before the end of the year I think .. with the Lite sales and the october and november probably by december it will pass it.

Coming straight at the jugular.

Sword and Shield coming out mid November as well, the Switch could well push close to 6 figures all the way to the new year thanks to that.

Keep in mind that last year at Christmas the Switch had 4 weeks over 1 million units one of those was 1.4m when the X1 sold 400k so there is little to no chance that the Switch doesn't outsell the X1 by the end of this year, unless it turns out that the Lite is made of asbestos.