Super Mario Maker 2 (NS) has remained at the French charts in week 27, 2019, according to SELL. The limited edition remained in second. 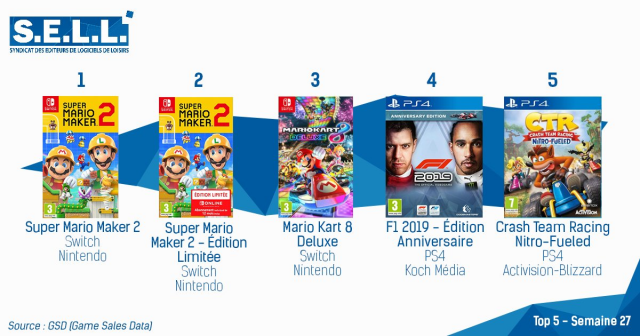