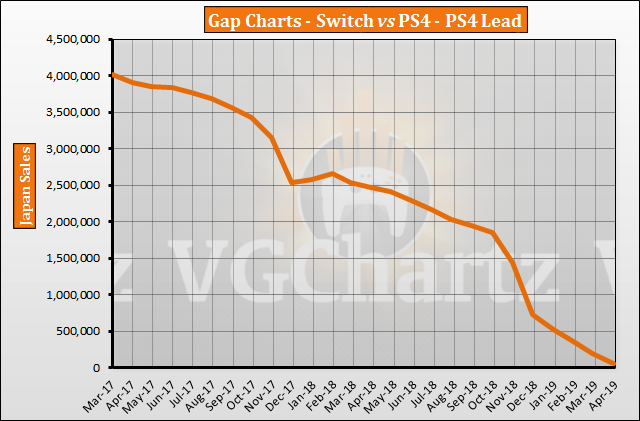 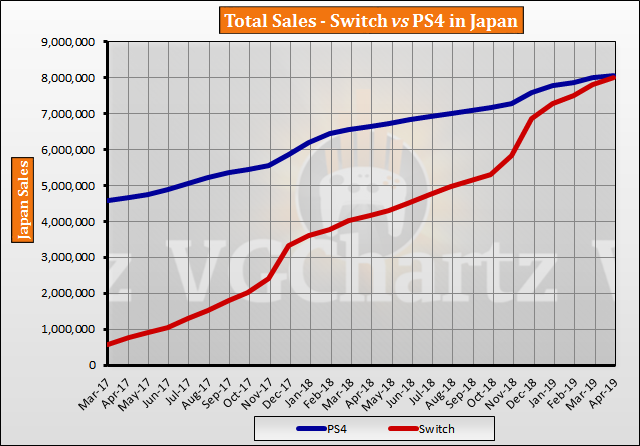 April 2019 is the 26th month that the Nintendo Switch has been available for in Japan. During the latest month the gap grew in favor of the Switch in Japan when compared to the PlayStation 4 by 142,967 and by 2.41 million units in the last 12 months. The PlayStation 4 is currently ahead the Switch by 56,329 units.

Wasn't there already an article that Switch has surpassed PS4 in Japan?

There are three different organizations that provide hardware numbers in Japan. Media Create, Famitsu, and Dengeki, and they all have slightly different hardware totals. So I wouldn't be surprised if the Switch had passed the PS4 in April (or March even) for one of those 3.

It won't be ahead of Switch for long.