Mario Kart 8 Deluxe jumps one spot to top the charts in Switzerland in its 109th week, according to SwissCharts.com for the 22nd week of 2019. Days Gone is also up one spot to second. 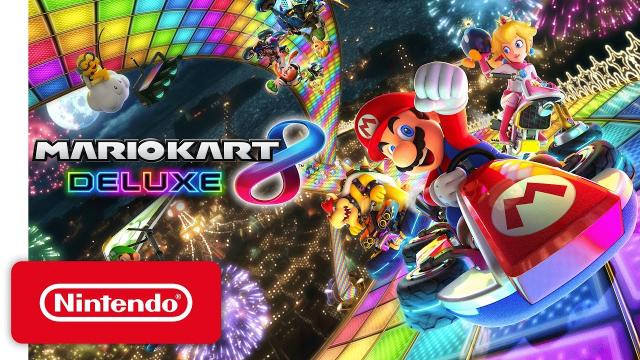 No need for Mario Kart 9 anytime soon (sadly)... I mean, this game is good, but already 5 years old. I'd like to have something new.

As sales are going, the next installment will be for the next console

I think there's a good chance MK9 will be on Switch but it may not come out for a few more years.

Why Mario Kart 9 on Switch? It will look exactly the same as MK8 due to hardware limitations. Better wait for the next console.

They can change a lot more than just the visuals. I'd love to see other Nintendo characters like Samus and Pikachu.

If they're not going to make a new game for Switch, how about a big piece of DLC with some characters and tracks?

Mario Kart 8 is the best in the series. MK8 Deluxe is the worst in the series, because it's success, despite being a retread, means we won't get MK9 for a long time.