EGX Rezzed: Top 5 Games To Look Out For - Preview

Another year another excellent show from the guys at EGX Rezzed. There were some brilliant games on show this year and I’ve squeezed five of them into a top five, chosen for their uniqueness and the levels of fun and intrigue.

First up is Luna: The Shadow Dust, a 2D point and click puzzle game with whimsical artwork that's somewhat reminiscent of Studio Ghibli's output. The game is entirely hand drawn, with loving attention to detail.

In a departure from genre norms, this adventure titles doesn't feature any dialogue whatsoever, instead the narrative is conveyed by Lantern Studio through the use of quirky cinematics and the actions on-screen.

Another unique point to the game is that you control two characters at once - a human and a strange, squeaky animal. The player takes control of both characters to tackle a variety of puzzles,  the squeaky animal being able to squeeze into small areas and the human being able to interact with machines and push larger objects around.

Luna: The Shadow Dust is aiming to launch this summer, but with just a team of four and no dedicated puzzle creator, they may be pressed for time. Even if we have to wait a bit longer this one looks to be well worth the wait though.

Excalibur Publishing's traditional forte has been simulators, ranging from the likes of the extraordinarily niche Street Cleaning Simulator to the more mainstream American Truck Simulator, but the company's lineup at this year's EGX included Road to Guangdong.

Road to Guangdong follows young art graduate Sunny and her 70-odd year old Aunt Guu Ma as they drive across China to a family restaurant that Sunny has inherited. There are multiple dialogue choices that will affect how your characters and relationships grow. Notably, because of the generational differences the two, both will potentially have huge personality clashes. 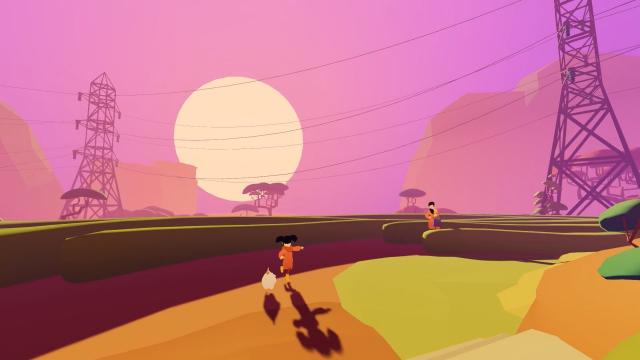 As one would expect from Excalibur Publishing the game also features simulation elements. Players will have to maintain the family car, fixing tyres, checking oil, and collecting spare parts so that you don’t need to call out a mechanic.

Road to Guangdong is set to release on May 16th.

What’s a Phog? It’s a two-headed dog, apparently. In Phogs you control one such two-headed roll of cuteness through a wonderfully colourful world. There are simple puzzles to complete, and tests of dexterity such as swinging your Phog from hoop to hoop.

The real joy of Phogs comes in having a second player along for the ride, this way one player takes control of each head and you stretch your way through puzzles in hilariously disastrous attempts at teamwork.

Orange Island caught my eye thanks to its NES-like 8-bit charm. This retro-inspired action-adventure game boast five different characters that must traverse the world in order to prevent the outbreak of a potential war. Each character is unique and designed in such a way as to encourage exploration of the levels. 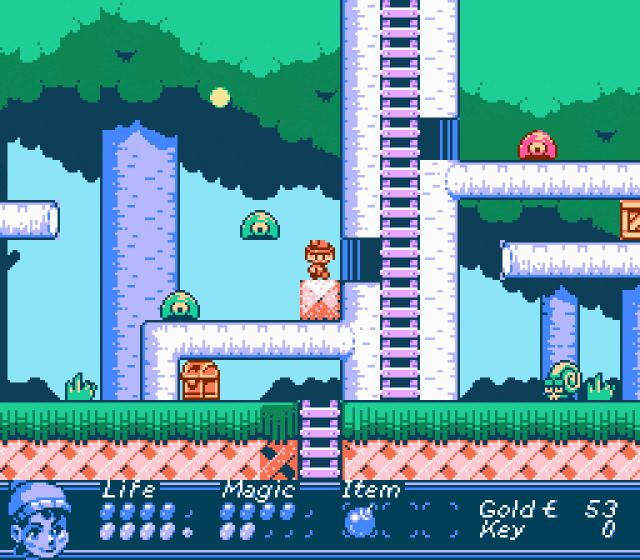 The audio in the game is particularly interesting, stirring a real nostalgia within me for NES games. The use of modern tools means that although developer Ted Sterchi is bound by 8-bit rules, he can let his freedom run a little wild. And because the game isn’t launching on the actual NES, he doesn’t have to stress about memory like Bitmap Bureau does for Xeno Crisis.

Pastel shades aside, Orange Island will feel instantly familiar to fans of retro gaming and is targeting a Q1 2020 release date.

Nintendogs but for the Nintendo Switch? Pretty much. Little Friends: Dogs and Cats is Japanese company Imagineer's attempt to cash in on the success of the handheld Nintendogs titles, and it actually looks pretty good.

The joycons allow you to stroke and pet your fluffies, chuck toys around and take your pets for walks. But what really makes it stand out is the level of customization it allows for - so on top of the 12 different breeds of dog, 3 breeds of cat, and 600+ items for your pets, you can also select from various fur patterns and personalities. You can even change the furniture in your virtual building.

Learning and adapting to your pets' personalities will help you to better understand and bond with them, allowing you to enter more difficult tournaments and games to win in-game money that will allow you to purchase better equipment and clothes.

You can stroke virtual floofs on the Nintendo Switch on May 28th.