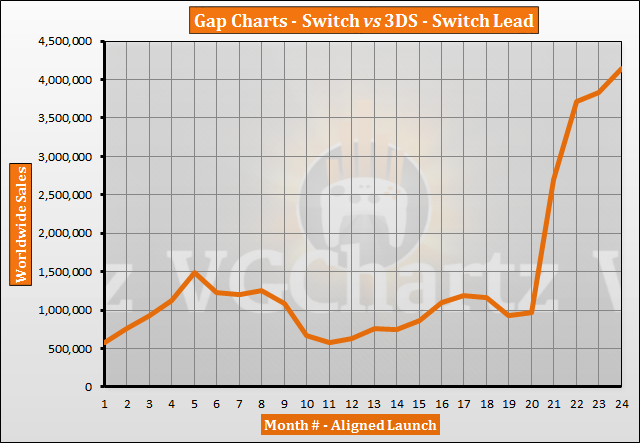 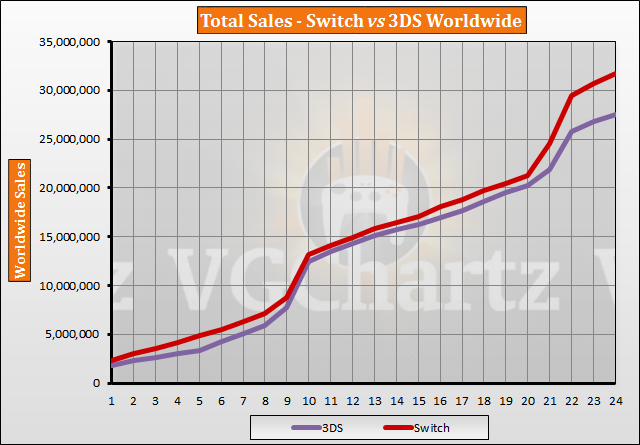 The 3DS launched in February 2011 (however, 3DS sales have been aligned to March 2011, since it only launched at the end of February in Japan), while the Nintendo Switch launched worldwide in March 2017. The Switch has sold 31.69 million units, while the 3DS sold 27.54 million units during the same timeframe.

Holy shit, only a Switch crash could reverse this trend.

And with what we know what will release in the coming months, that won't happen anytime soon.

Plus, since the 3DS also crashed quite a bit, Switch would need to crash very hard, harder than the Wii did, to reverse the trend by then.

Switch was just slow-playing it the first year and a half. Now the 3DS is going to eat its dust.