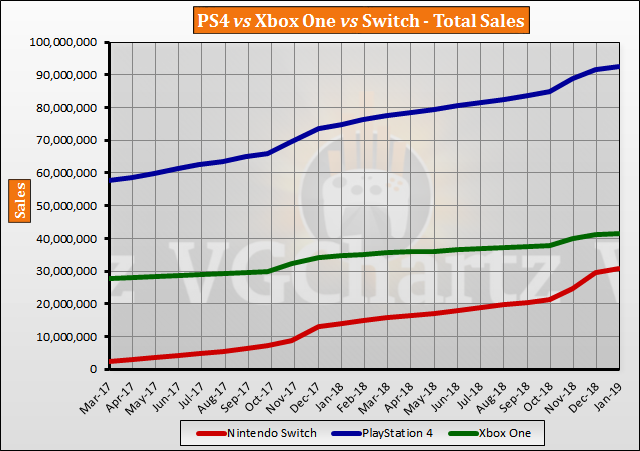 Looking at the total sales of the PlayStation 4, Xbox One, and Switch through January 2019 shows the Nintendo Switch continually to close the gap with the Xbox One. The Nintendo Switch has a high chance of surpassing the Xbox One by the end of the year. The PlayStation 4 is also on track to easily surpass 100 million units sold by the end of 2019. 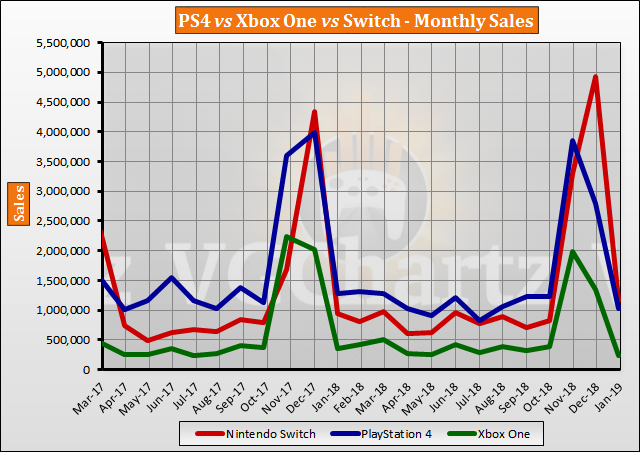 Taking a look at the marketshare, the Switch managed to achieve 48 percent. The PlayStation 4 accounted for 42 percent of the consoles sold, and the Xbox One just 10 percent.

Them Xbox Numbers are SMDH. Xbox needs to be on Switch or PS4 and PC lol. Hasn't it occurred to anyone that if the Xbox goes to Switch, that is going to make the Xbox number nosedive lower?