With the recent release of Kingdom Hearts III finally heralding the return of the bizarre Disney/Final Fantasy crossover franchise, I figured this would be a good time to look back at the entire series through its music. Overall, we'll be covering a span of almost 17 years, eight games, and several different platforms in this article.

The music in Kingdom Hearts has always been the domain of one Yoko Shimomura. A few other people have contributed some tracks to the games, but it is Shimomura's work that has defined the franchise since its inception. So while nearly everything else in the series has changed multiple times, her music has remained the one constant. As always, at the end of this piece you'll find a question pertaining to the article's theme, which you can answer below in the comments if you like. 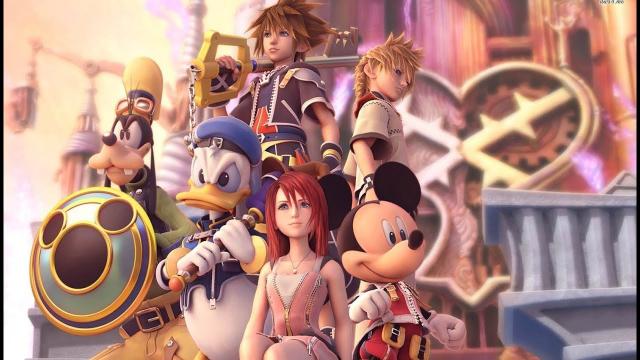 The first Kingdom Hearts was seen as something of an anomaly prior to its release. After all, even the idea of a crossover between Disney and Final Fantasy sounded ridiculous, but somehow Square made it work better than probably anyone expected. The game may be more than a little bit silly at times, but there's a certain earnestness and sincerity to Kingdom Hearts and its characters that carries it through any rough sections.

As far as the music is concerned, Shimomura created one of her most memorable and beloved soundtracks of all time. She was already a well-known and respected composer, but Kingdom Hearts was undoubtedly her most high profile project to date, and she definitely made the best of that opportunity. Tracks like 'Traverse Town' and all of her own versions of famous Disney tracks are absolutely wonderful.

(from Kingdom Hearts: Chain of Memories)

After the success of the first game a sequel was all but certain, though few probably thought it would be on the Game Boy Advance of all things. Using an entirely new style of gameplay, and naturally limited by the handheld's power, Chain of Memories was quite the departure from the first game. It effectively picked up immediately after the end of Kingdom Hearts, with Sora, Donald, and Goofy coming across a strange castle that might hold the answers to all the mysteries surrounding their adventure.

The soundtrack is much less ambitious than the one for the first game, with many recycled tracks used throughout. However, it's still a great score, just one that doesn't feel entirely new. Fortunately, there are still more than enough great new pieces of music to be found here, including the one linked above.

The title that people were likely expecting after the first game, Kingdom Hearts II was released on the PS2 in 2005, and was in my opinion an improvement over the original in practically every way. The story hadn't gone completely off-the-rails quite yet, the visuals were gorgeous for the time, and the gameplay was vastly improved compared to its predecessors.

The score is also my personal favourite in the series, as Shimomura composed some of the best pieces of video game music I've ever heard for this soundtrack. The soundtrack complements each location and scene perfectly, capturing the tone and atmosphere of each individual moment to the point that when the game features scenes without Shimomura's music it feels like something is missing.

This was the point where the series began to get increasingly difficult to follow, as every new game was seemingly released on an entirely new platform, while still containing some crucial plot related details that left people who couldn't play all of them more than a little perplexed. Coded was released on mobile in multiple episodes, but only in Japan. It wouldn't be until the game was re-released as Re:coded that players in the west got their hands on it.

The title's mobile origins can also be seen in its music, as most of the songs are just remixed versions of ones from the original Kingdom Hearts and Chain of Memories. However, that doesn't mean the soundtrack is bad by any means. Shimomura's work is unquestionably still excellent, even if you may have already heard it in another game.

So, which Kingdom Hearts game made you realize that the series' naming conventions are often just kind of stupid? For me it was when I first heard of 358/2 Days. Up to this point the names of the games hadn't been too out there, but starting here things just seemed to get increasingly silly. I know that the name makes sense in storyline terms, but that doesn't make it any less unwieldy.

Fortunately, the music was as great as ever. As had become tradition by this point with the handheld releases there were a lot of reused tracks from previous games, but also as always the new tracks Shimomura composed for the game were absolutely wonderful. The series was starting to become a little bit convoluted, but there was always something in each new release to enjoy, and the music was a consistent highlight.

(from Kingdom Hearts Birth By Sleep)

After Kingdom Hearts II I had largely ignored the spin-off titles in favour of just waiting for Kingdom Hearts III, as I honestly just don't really like playing on handheld systems all that much. Besides, it wouldn't be long before KH III would come out, right? Because of this, the only game in the series that I played in the years between the release of KH II and III was Birth by Sleep, largely because the PSP was the only handheld system I owned.

Birth by Sleep is the first game in the series that didn't have a soundtrack composed solely by Yoko Shimomura. While she was still the lead composer, she was now joined by Tsuyoshi Sekito and Takeharu Ishimoto. The two composers have worked together with Shimomura on the series' music ever since, including on the recently-released Kingdom Hearts III.

Dream Drop Distance marked the point at which I no longer even tried to keep up with the lore of the Kingdom Hearts series. Every new game essentially required that you also buy a new system to play it, and with the names getting increasingly ridiculous as the series wore on, I just stopped caring at this point. I was ready for a proper sequel to come out, and it was still almost seven years away by the time Dream Drop Distance was released. Fortunately, these days all of these games are easily available in HD collections, but back then I thought I was done with the series.

However, whatever issues I may have had with the choice of platforms, the one thing that has always remained consistently great is the music, and much of that is thanks to Yoko Shimomura. It is genuinely remarkable just how excellent the music has consistently remained through so many different titles.

It's quite safe to say that there is no other game that I've waited for quite as long as Kingdom Hearts III. I've wanted this game pretty much since I finished Kingdom Hearts II for the first time nearly 13 years ago. The various spin-offs, prequels, midquels, and whatever else, have somewhat diminished my interest in the series over the years, but I can't deny that I am genuinely excited to get around to playing KH III. It took a very long time, but it's finally here.

I haven't yet listened to the soundtrack in its entirety because I don't want to spoil the experience of hearing the tracks for the first time when I play, but what I have heard has been excellent. In some ways, I'm just as excited for the music in Kingdom Hearts III as I am for finally getting the chance to play the game. Shimomura is one of my favourite composers working today, and the Kingdom Hearts series is a large part of that. 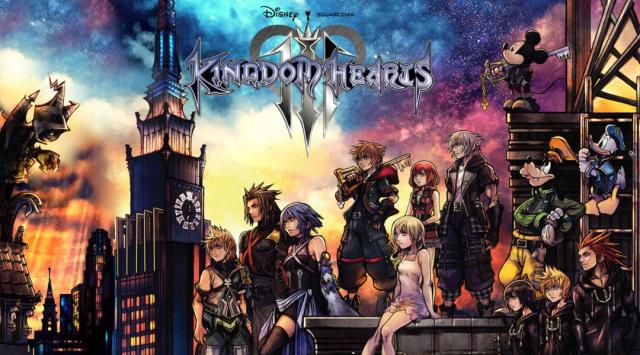 What is your favourite Kingdom Hearts world and accompanying music?

For me, it's still probably Hollow Bastion from the original Kingdom Hearts. The second main game still has my favourite overall soundtrack in the series, but the track that plays when you finally make your way to this particular world in Kingdom Hearts is absolutely haunting and beautiful at the same time.

That's it for this month's video game music spotlight. The theme for the next installment has already been decided, but if you have any suggestions for potential future themes  they're always welcome.

Traverse Town, Twilight Town and Hollow Bastion/Radiant Garden are all strong candidates for my favourite location and music. I do like the upbeat and the more mellow versions of Destiny Islands too. I think Shinomura is up there with Uematsu and I love her work on FFXV's soundtrack too.

Hollow Bastion (KH2)/Radiant Garden is my favorite world. Accompanying music: BBS version of Dearly Beloved. The battle theme in Los Noches de Cloches. Premiered in the TGS 2012 trailer. That that is sick and it sucks that it is stuck in that world. Neverland theme in 358/2 Days. Stuck in that world in well. Many more.