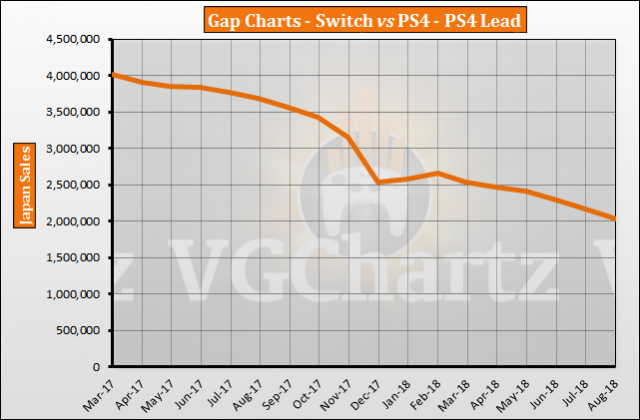 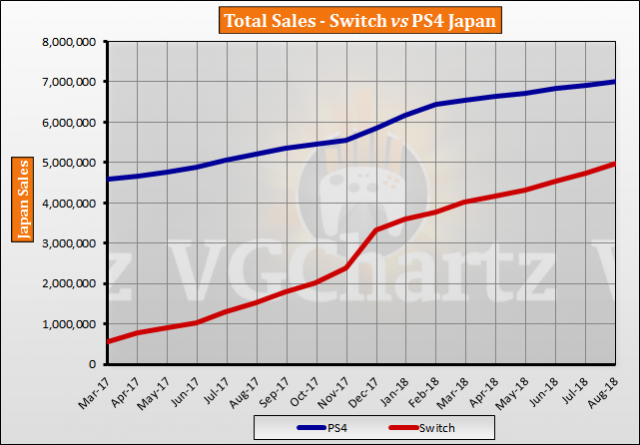 Based on the current rate, looks like Switch passes it sometime in summer 2019.

2nd holiday for Switch will be crazy