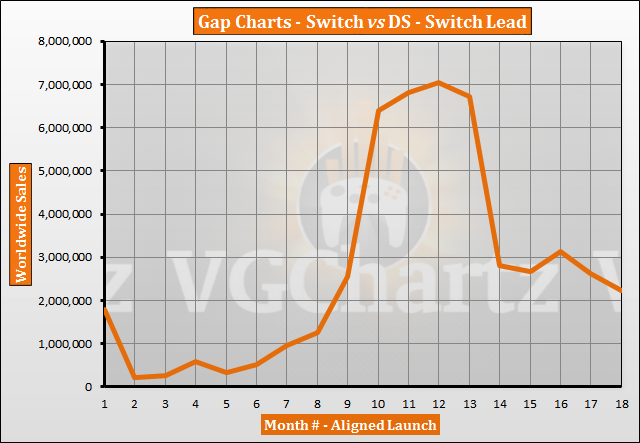 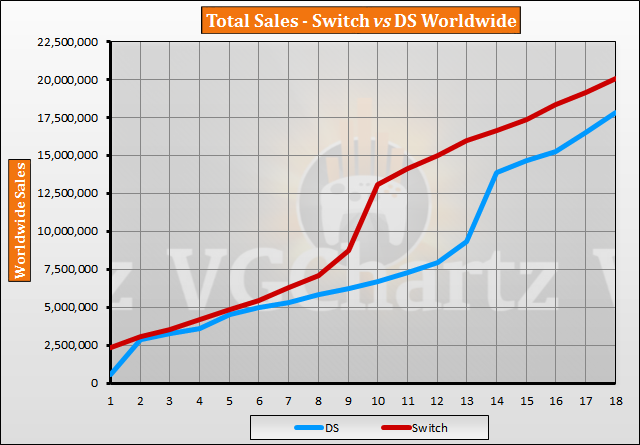 People will debate whether Switch can pass the Wii, or whether it'll stay ahead of the 3DS, but the fact that the Switch, Wii, and the 3DS are all ahead of the DS at this point just goes to show how hard it is to be sure with these kinds of things. We all know that 3DS and Wii won't even come close. We think Switch won't either, and many people think it'll fall behind the 7th gen consoles, but really, what do we know? If the DS had come after the Wii had reached 100 million but still followed this same sales trajectory, we'd all be betting against it right now.

The real question is what could happen to cause Switch to even approach the DS's lifetime sales?

I think next year with their upcoming 2019 lineup of games and a possible $199 Nintendo Switch Mini launching before Pokemon 2019 could really expand the YoY hardware sales by a nice chunk; from there, the biggest question is if Nintendo can continue to bring even more software that helps to even further expand the userbase.

We know they will probably do even more hardware revisions, price drops, Nintendo Selects discounts, etc. to keep things moving, but a megaton breakout title or two hitting just when the hardware is at peak momentum can really help to extend the tail end of the system by quite a bit.

That sort of speculation is such a wild card scenario though, and it would be awesome to see come to pass.

The Switch vs DS Gapchartz will be interesting to see where it is at come Jan. 1 2020.

From there, we should have a much better view of how things are going forward with a lot more clarity.