Nintendo has announced a new Nintendo Switch bundle will release exclusively at Walmart on September 5.

The bundle includes a Switch with red and blue Joy-Cons and a full game download of Mario Tennis Aces and 1-2-Switch for $359.

Jump into the world of #NintendoSwitch or start your holiday shopping extra early with this Nintendo Switch bundle featuring #MarioTennis Aces and #12Switch for only $359! Available exclusively at Walmart starting 9/5. pic.twitter.com/JSrIaRQFG2

I just realized this bundle essentially offers zero savings, since they're charging full price for a digital copy of Aces and giving away 1-2 Switch for free... which is worthless haha

Are we going to start seeing 1-2 Switch bundled with any Switch bundle, and even regular Switch packs? It certainly works as a bundled game, but outside of that...

Weird choice but atleast they are starting to make bundles and that's a good thing. Maybe they will make one for Pokemon and Smash.

The right choice for holidays and ahead is pokemon let's go.
The target public of the game still do not have the console, while most smash player/Mario lovers already have the switch.
Market the integration with pokemon go in the box, make exclusive eevee and Pikachu joycon, and let it go to 20 million.

Hmm Aces is a bit of an odd choice for a bundle given that tennis games aren't really mainstream. I think Mario Kart, Splatoon, or Zelda would've been a better choice.

Even Kirby or Donkey Kong would've been better IMO since they'd benefit more from a sales boost and platformers are more mainstream.

Zelda would be a great choice. It's a huge critical success and over a year old. It doesn't have the mass appeal as Odyssey or MK8, so you aren't cutting into evergreen sales as much, while still selling people with a very well perceived game. And throw 1-2 Switch on there as a 'two games!' enticement even though it isn't highly regarded.

I agree but I would actually choose Mario Kart over Zelda. Yes it's still selling like crazy but it's their most mainstream title and would help to sell even more consoles if it was bundled. Plus for $360 Nintendo would still be charging full price for a digital copy and giving away 1-2 Switch for free. It would be similar to how Nintendo bundled the 2DS with MK7 for $80. That was brilliant of them and they should do the same with the Switch.

Anyone else have a weird Wii Sports Bundle vibe from this? Good idea.

Too expensive. I think, end of 2019 a upgrade with stronger switch-hardware will be released.

1-2S should have been a 'free' tie-in with the console in the first place.

Have you seen Wii Sports sales in Japan? Nobody who cares about money would agree with that.

That's some nice, family friendly games for everyone.

But if they want to hit as broudly as the Wii did, they need to clean up everything about the presentation.

Everything from the Switch hardware design to the box front layout to Mario Tennis Aces' log is a jumbled mess of unpleasant color combinations.

Put it next to the serene white Wii box with the pleasant blue sticker announcing the inclusion of Wii Sports, and you'll see why one of them easily attracted none-players, and the other one is yet to gain much traction on that front.

I was gonna buy one until I saw it's only digital codes...

I'll either wait for a Mario Party, Smash Ultimate, or Pokemon Let's Go bundle. And only if they come with the physical copy of the game.

You'll probably be waiting a long time. It's so much easier and cheaper to pre-load a digital copy that I doubt Nintendo will return to physical copies. Especially since most people probably won't care how the game comes.

You're probably right. Probably best I just buy whatever Switch i find that has a good deal and buy the physical copies of the games I want.

Not to mention the fact that Nintendo may never bundle any of those games, even digitally, since they're all guaranteed to sell well on their own.

Well Nintendo did bundle Mario Odyssey, and also Mario Kart so can't blame me for hoping that they might :D

True, and a Pokemon bundle would basically print money lol

Oh definitely. And with the holidays coming soon after the release It'd be a great opportunity to take advantage of that. :D 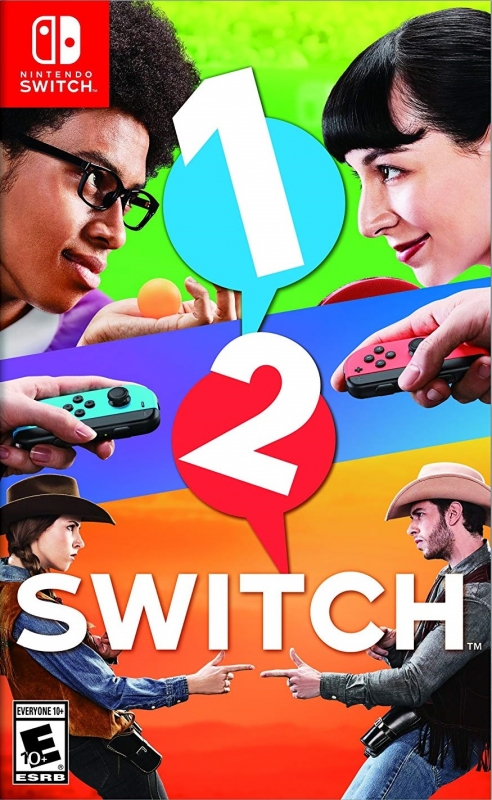