The recent release of Antigraviator marks the development debut of Cybernetic Walrus, a new gaming studio out of Belgium. Cybernetic Walrus advertises Antigraviator as the fastest racer ever developed and positions the game alongside popular science-fiction-inspired racers, such as the F-Zero and WipEout franchises.

Races play out as one might expect. Up to eight racers steer, airbrake, and boost their futuristic vehicles at blistering speeds through winding and gravity-defying tracks. The campaign mode guides you through several leagues (each league has four events) which increase in difficulty as you progress. Beyond the campaign and quick races, players can experience deathraces, in which the player in last place is progressively eliminated until only one racer remains, and time trials which the game refers to as “countdown.” Gamers who are having a really good time can visit the “hangar” and explore the game’s customization options.

But is it any fun? 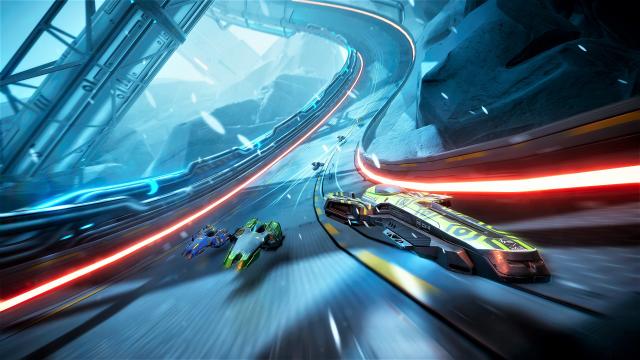 The short answer to that question is “somewhat.” The controls feel tight and responsive and may even be an improvement from similar racers. Despite Antigraviator’s incredible pace and fast action, I always felt in control and could usually only blame myself for errors. Furthermore, I was particularly impressed with the keyboard controls which, while still inferior to a dedicated controller, were perfectly fine and would serve as a suitable backup option when necessary.

Despite having such strong core gameplay, Antigraviator falls apart in the details. The game’s sound design and visuals are serviceable, but I felt disappointed it didn’t push my configuration harder. Cybernetic Walrus had the opportunity to deliver a real next-generation racing experience, so I couldn’t help but feel disappointed that Antigraviator demonstrates only a modest visual improvement over older games on far less powerful hardware. The upside is that the game should run well on older computers, and the settings menus offer plenty of options to help players scale the experience to their machine. I also found myself wishing for a VR mode which seems like a glaring omission in the current market. 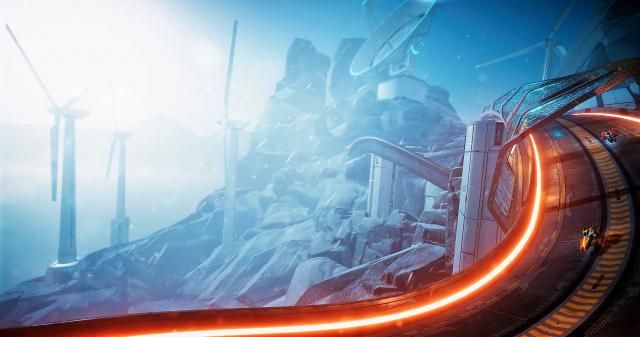 The game features a “trap” system with which racers can foil one another with rockets, blockades, and mist – just to name a few. The system is so poorly implemented, however, that it unacceptably spoils the fun of many races. There were times when racers would bombard me with four or five traps in a row. If properly implemented, this could add challenge and a sense of unpredictability. Instead, these attacks failed to knock me from first place and seemed intent on slowing me down rather than allowing me to enjoy the gameplay. I would have also appreciated unique traps rather than a simple reskin of weapons already seen in so many other franchises.

There is no doubt that Antigraviator suffers from a lack of polish and balance issues, including not only traps but later difficulty spikes as well. Early on, I finished a race in which the AI-controlled player in second place finished a full forty seconds after I crossed the finish line. The difficulty spikes later in the game create an imbalance so that the beginning phases of Antigraviator are somewhat boring and the final leagues feel too difficult because the player was not sufficiently exposed to close-quarters racing until then.

It should also be noted that I cannot comment on the game’s online system because there were either too few players available for matchmaking or because of several error messages indicating I had disconnected from the game’s servers; other multiplayer titles in my Steam library worked seamlessly, so this leads me to believe it's an issue with the game rather than my own set-up. 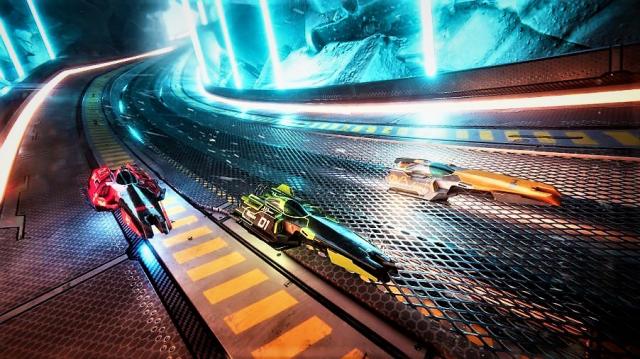 Unfortunately, Antigraviator underwhelms due to its unambitious attempt at entering a well-established racing sub-genre. Its trap system is inconsequential and poorly implemented, race difficulty is inconsistent, and the visuals are surprisingly unimpressive for what is first and foremost a PC game (the developers have promised the game will be ported to PlayStation 4 and Xbox One consoles as well). These critiques alone are enough for me to advise prospective buyers to wait for a sale or avoid the title altogether, even without mentioning the messy online system.

Antigraviator succeeds in its basic gameplay mechanics and in conveying a real sense of speed. There were definitely times that I had fun or appreciated a particular track's design and layout. However, I find it difficult to understand the intended market for a title that only really triumphs in its most basic components. Perhaps Antigraviator can find a home in gamers’ Steam libraries who otherwise own no home consoles. For everyone else, I recommend sticking with the more established, feature-complete, and inexpensive competitors available on other platforms.

This review is based on a digital copy of Antigraviator for the PC, provided by the publisher.