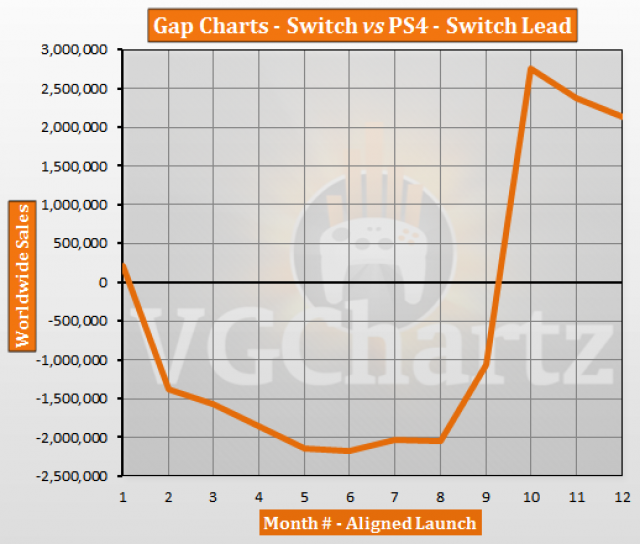 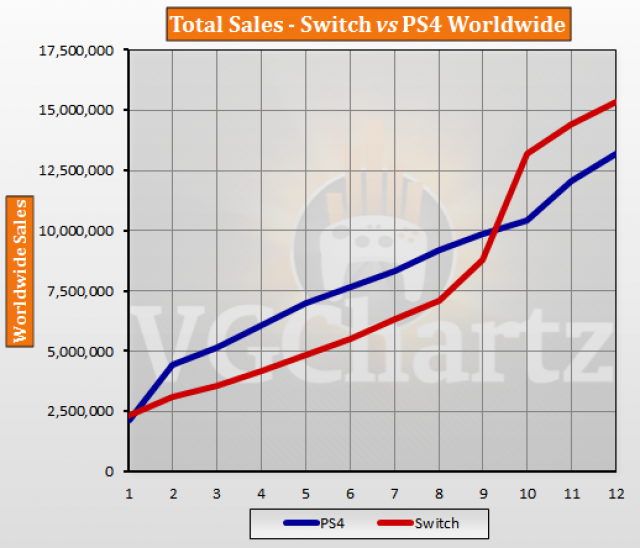 February 2018 is the 12th month that the Nintendo Switch has been available for. During the latest month the gap grew in favor of the PS4 during the same time frame by 230,998 units when compared to the Switch during the same timeframe. The Switch is currently ahead the PlayStation 4 by 2.14 million units.

Hell of a coincidence: the key on my keyboard for "watch" broke.

I got my watch fixed, but my interesting broke. Darn it all

These comments will be very interesting to watch.

Will be interesting to watch.

The contents of this article as well as the reactions provided by other users who comment below the article will be quite intriguing and captivating to examine and analyze.

Will Interesting to Watch

This is watch to interesting.

Well, this is gonna be interesting to see.

Interesting to watch, it will be.

Interesting to watch the comments are.

Watching this will be interesting.

Watch to interesting very be will.

Will be very interesting to watch.

If you align weekly figures PS4 already overtook Switch, as it’s well into its second holiday season. We will see it in next update.

Comments are read, not watched.

The door is right there.

Isn't this expected? Every time a console approaches the 100 million mark, or it ages, it starts to oversaturate the marketplace. This is seen time and again.

my Aunty Hannah just got a new green Audi A4 by parttime working online from home. this link

Nintendo Switch = U$299 PlayStation 4 was R$399 in the begnning. PS4 is handling very well. Switch will probably be a short life same like Wii.

We bringing up caveats now? If so, the PS4 didn't have much competition at first.

Decent lead for the Switch!

The amount of downvotes you get is interesting to watch.

He brought this upon himself, he broke the chain!