Polyarc, Inc. first introduced Moss to the world at E3 2017. I admired the colorful visuals and, most of all, Quill, the game’s adorable protagonist. Now that I’ve completed Moss, I find myself waiting and hoping, fingers crossed, for a sequel – and soon. You might be surprised to learn that developers behind games in the Halo and Red Dead franchises contributed to Quill’s first adventure. However, while Moss exists in stark contrast to those titles, Quill is a heroine whose bravery, charm, and optimism render her a strong candidate for VR mascot – just as Master Chief served as an early mascot to first-person shooters.

Moss is the first “book” of Quill’s adventures. She is not alone, however, for the player’s guidance and environmental manipulation are crucial to Quill’s quest to save her uncle. Together, you must solve puzzles and fight enemies with her trusty sword to progress through the narrative. The puzzles are often a delight and make use of Quill, the player's input and its changes to the environment, and even enemies. To solve a puzzle, you might need to move Quill to a pedestal, "grab" the pedestal and raise it into the air using controller input and light motion controls, and then take possession of an enemy to activate a switch on the opposite side of the room. 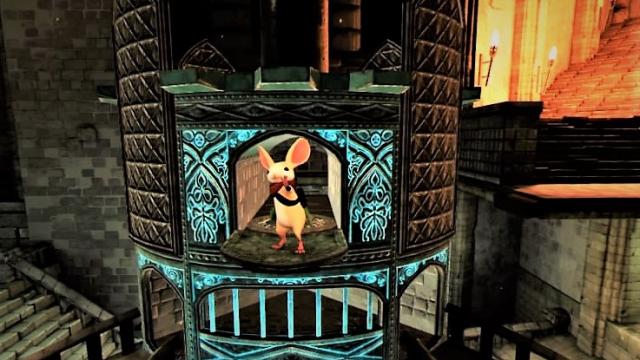 Polyarc did an excellent job in crafting puzzles that feel both complex and fair, in part due to the steady difficulty increases throughout Moss. In avoiding sudden difficulty spikes, I never felt frustration, beyond a moment or two, as I scanned the environment for clues and recalled successful strategies for the preceding puzzles. This subtle progression felt rewarding and contributed to a sense of mastery over the game as I completed its final chapters.

One of the most unique aspects of Moss are the moments in which it breaks the fourth wall - at least in part. For instance, I encountered an early combat sequence that posed some challenges with Quill’s low health and her limited arsenal. After clearing the area and solving the room’s puzzle, Quill turned toward me and cheered me on, raising her tiny fists in the air and performing a jig. This scene, and others like it, made me feel that I bonded with the furry protagonist throughout the four-hour-or-so narrative. As I fully anticipate that others will feel similarly enchanted, I would rather not spoil the specifics of how Polyarc ties the player into the game’s narrative. 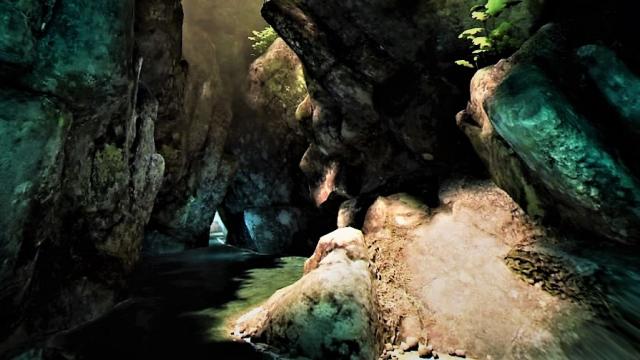 I was pleased to find that the gameplay and environments were varied. Early on, I wondered if each level would take place in a forest of reused assets. Polyarc quickly proved me wrong as I toured through a subterranean sewer, imaginative towns, and a grand castle among other settings. The developers impressed me with the environments’ sense of scale and by their experimentation with the player’s perspective. This experimentation particularly paid off during the climax when Moss momentarily switches genres to wonderful, and surprising, effect.

The final sequence is exhilarating, and I felt ready to travel onward with my new friend, so it was hard not to feel a tinge of disappointment when I saw the credits roll just moments later. Additionally, I hope to see a wider range of skills and abilities when Quill embarks on her next outing. Quill is beautifully animated, and combat is no different. She attacks enemies and moves gracefully, performing simple, one-button combos to vanquish the fantastical creatures who stand in her path.

The gameplay is straightforward and fitting for the game’s length, but I can imagine experiencing a sense of déjà vu if there had been a few more chapters. Too much complexity could spoil the game's charm, yet Quill could have known how to counter and parry with a shield, for instance, or learn to alternate between light and heavy attacks. If Polyarc introduces more variety and depth to Quill’s combat abilities, with the same attention to detail and care with which the developers crafted the puzzles and environments, there is a very real chance the sequel would outclass its predecessor. 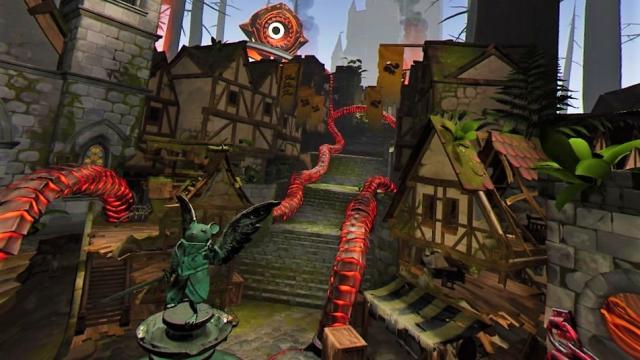 I was reluctant to leave the world of Moss. Let me be clear – the team at Polyarc knocked it out of the park; Moss is no tech demo. The developers delivered a product that, while somewhat short, more than warrants the price of admission. Moss is not only charming and beautiful but also immersive and, at least so far, easily my favorite title of the year. Moss was handcrafted for VR and avoids the pitfalls of early experiments with the medium. In accomplishing this feat, Polyarc’s Moss joins a small library of titles that are nearly essential for PlayStation VR owners. Gamers who are young, or young-at-heart, and enjoy well-crafted platformers, puzzles, and a charming protagonist should not miss out on the beginning of Quill’s adventures.

It looks cute and sounds like a nice escape, but it seems to be a PSVR-only title, no? Too bad if so. I am not planning to get into VR quite yet.

Yes it is. Updated the title to be more specific.

I really want to play this game and Quill is just so adorable :)

This game looks great (watched part of a let's play of it), but sadly it's VR exclusive. From what I saw, it looked like they could make it work on just a standard PS4 controller with no VR headset, by holding down a button as a modifier and using a thumbstick to simulate movement of the players head in VR to look around the stages. Hopefully they decide to do that at some point.

You're right that it is technically possible, and I wish everyone, regardless of platform, could enjoy Moss. Some of the puzzles could work similarly to Captain Toad: Treasure Tracker (if you're familiar with it). I'd argue, though, that Polyarc should just invest resources in the next "book." Removing the VR component would sacrifice too much of their vision in the way the player is tied into the narrative and some of Quill's interactions. I'm afraid it might turn a "great" game into a "so-so" one. 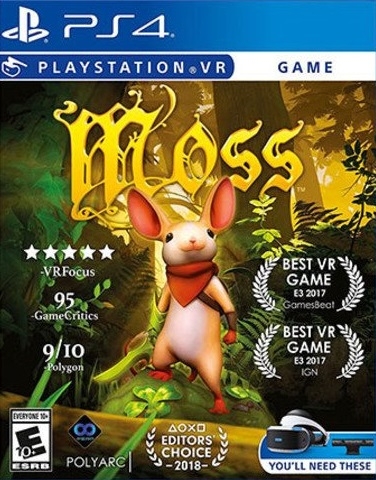