Mantis Burn Racing is the latest member of the "don't judge a book by its cover" club. With its weird name and pedestrian graphics, it could be overlooked or dismissed out of hand. Yet this humble title has everything you'd expect from a good arcade racer: a deep, substantial career mode; excellent handling and steering; and a wealth of multiplayer options, both online and offline. Only a low track count and so-so presentation keep it from greatness.

Anyone familiar with titles like Super Sprint or Micro Machines will feel at home with Mantis Burn Racing, which channels the spirit of those top-down racers. You'll view the on-screen action through a pulled-back, isometric aerial camera, which allows a wide view of surrounding terrain and rival cars. 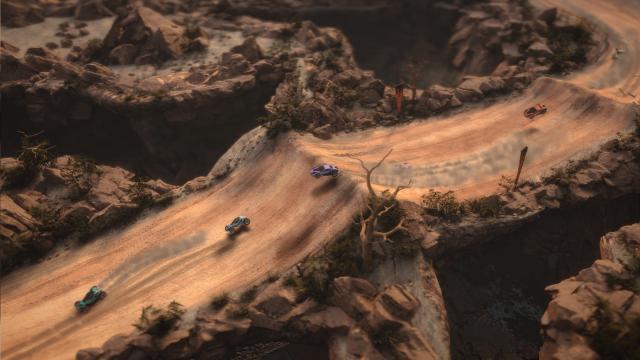 The biggest draw of Mantis Burn Racing is a substantial career mode that spans 11 seasons and over 150 events. The Switch version includes all DLC content released for other systems, so players on Nintendo's hybrid will have immediate access to the fullest and most feature-rich version of the game. That includes "elite class" and "battle cars" DLC, and new snowbound levels.

Making career mode even more interesting is a huge diversity of event types — 13 in total. These include sprint races; endurance races; time trials; knockout events, in which the driver in last place is eliminated at the end of each lap; and accumulator, where racers earn points relative to their position, to name just a few. In addition, each event asks players to complete a primary objective — win the race — and two secondary objectives, for example "drift for 200 meters." Completing objectives earns gears, which unlock new events. These event types and objectives infuse in to the game a lot of variety and help mitigate the most glaring problem in Mantis Burn Racing: low track count. 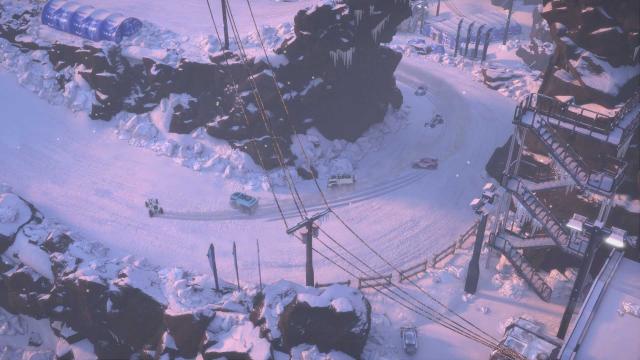 The game features only 12 tracks across three environments, even with DLC. This shortage of unique locales, combined with the length and breadth of career mode, makes for a somewhat repetitive experience. Developer VooFoo Studios attempts to recycle tracks by introducing vehicle restrictions, and using their mirrored forms, but it's not enough to stave off a sense of déjà vu.

Luckily, many of the tracks are smartly-designed, with plenty of terrain types, shortcuts, and jumps. Some of the best include Harbour, a curvy course with hairpin turns that looks like something pulled from GoldenEye (the movie, not the game); Storm Drain, a lengthy track that follows a freeway and then runs along a concrete storm drain system; and Refinery, a dirt-and-concrete course that winds through the machinery and smoke stacks of an oil refinery. 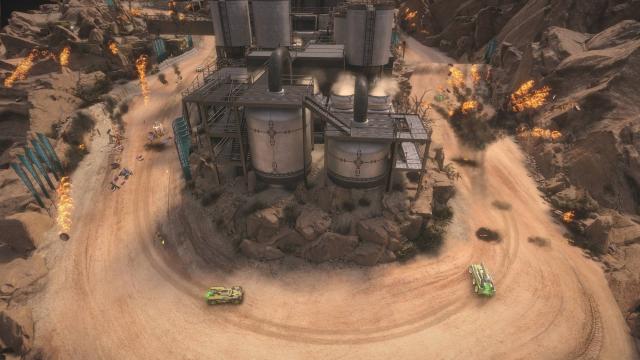 Throughout career mode, players earn experience points (XP) and credits. With enough XP, new vehicles types and classes become available for purchase with credits. Each car can be fine-tuned in an RPG-style system that allows players to drop one of several upgrades into empty slots. Moreover, fully-slotted cars can be leveled up, which changes the vehicle's physical appearance and creates new slots. In this way, racers have the option to tweak their favorite rides.

Every class has three vehicle types, and although each has its own cornering, speed, and acceleration stats, all handle exceptionally well. Built using a proprietary physics engine, Mantis Burn Racing combines semi-realistic physics with amazingly precise and tactile steering. You can almost feel your car's tires grip a dirt road. 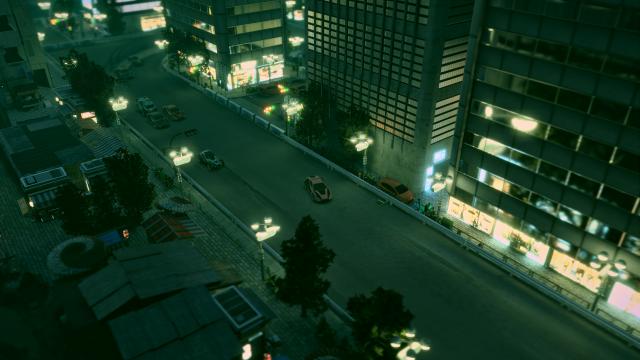 After spending hours in career mode, you can take your souped-up cars online to test your skills against fellow Switch owners, as well as Steam and Xbox players. Right now, online lobbies are pretty empty, but you can race against AI drivers while you wait for other human beings. If you're more of a couch multiplayer guy or gal, Mantis Burn Racing has you covered. Up to four players can play via split-screen on a single TV, or two players can go head-to-head (literally) in "cross-table" mode — where each player looks at a single side of the Switch in portable form. There's also local Wi-Fi multiplayer that allows several Switch consoles to connect over a wireless network.

Note that while Mantis Burn Racing operates in 60 FPS in single player (both docked and undocked), the game is locked in at 30 FPS for three-to-four person races. Two-person split-screen runs at a variable 30-60 FPS. 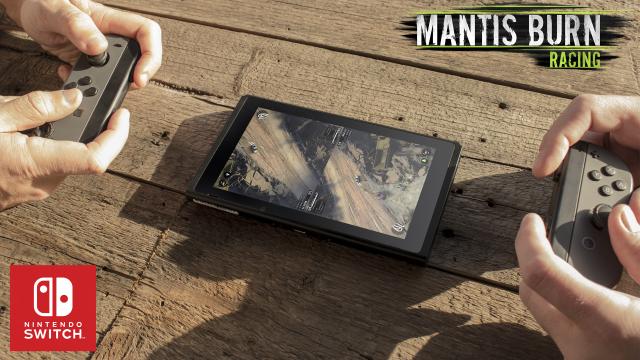 In addition to low track count and the career repetitiveness that comes with it, Mantis Burn Racing suffers somewhat from pedestrian production values. Music tracks are forgettable, graphics are fine but unspectacular, and some of the game's brown and gray courses aren't particularly attractive.

A few dusty and dreary environments can't knock the shine off this robust racer, though. It's packed with content, lots of single player and multiplayer options, and a physics engine that makes driving a blast. Don't sleep on this one.

This review is based on a digital copy of Mantis Burn Racing for the NS, provided by the publisher.