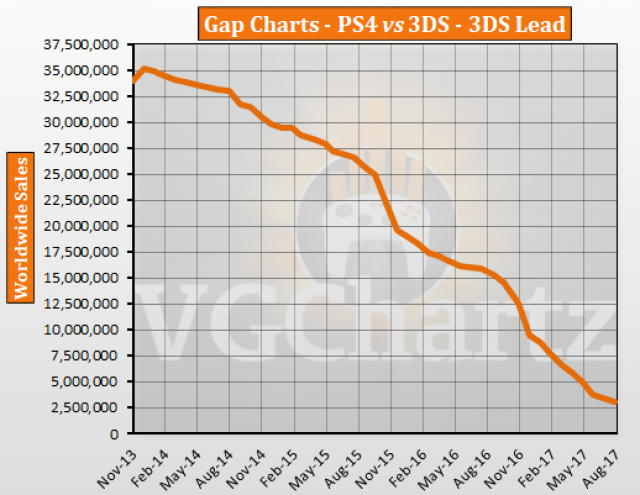 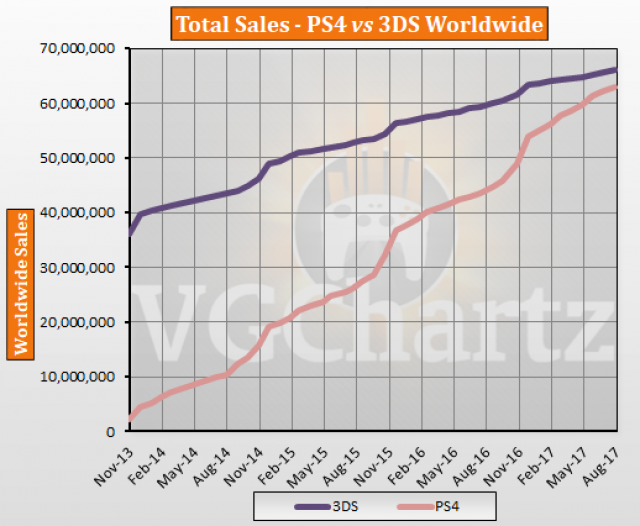 I’m willing to bet that PS4 will officially be #1 after Black Friday. Pretty impressive considering 3DS has had 2 1/2 more years on the market.

I don’t honestly see a sequel to Sun and Moon pushing that much hardware.

Is it just me or does it seem like 3DS is undertracked?

Nintendo announced 67.08 million shipped as of the end of June.

Two months later and sell through is still 1 million below that number?