Folks have made a big fuss in 2017 over comparisons between Nintendo's killer app The Legend of Zelda: Breath of the Wild and Sony's best-seller Horizon: Zero Dawn. Yet the more pertinent PS4 counterpart to Breath of the Wild might just be Falcom's Ys VIII: Lacrimosa of Dana, a brilliantly-designed title with dozens of thoughtful role-playing systems operating in harmony. By embracing the roots of the Ys series, and experimenting with new mechanics and options, Falcom has made one of the best games of 2017 and one of the finest Ys experiences available.

Ys series newbies: fear not. Much like Final Fantasy, numbered installments of Ys don't require much pre-reading. You'll be able to absorb and enjoy the story in Ys VIII regardless of whether you're a veteran or newcomer to the series. Set on a deserted island called Seiren, Ys VIII follows franchise hero Adol Christin, who washes ashore after a shipwreck. There, he'll search for survivors, fight terrible beasts, and discover a connection to the eponymous Dana. 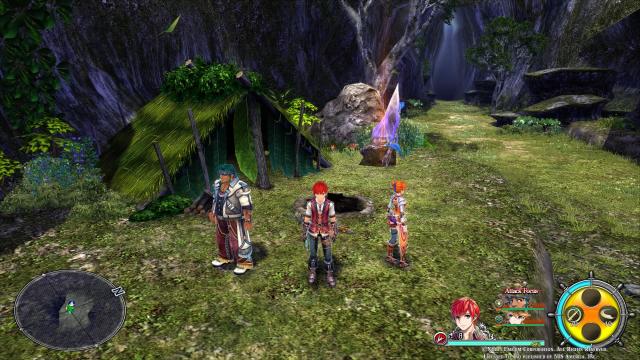 Early in the game, Adol and a ragtag group of fellow shipwreck victims found "Castaway Village," which serves as the game's central hub. The first few hours of Ys VIII are some of the game's best, as Adol rescues castaways, turns strangers into friends, and builds a community out of nothing. Players will slowly take ownership of the village and form attachments to its unlikely denizens, almost all of whom are well-drawn and complex. As a result, Falcom takes what could be a simple hub and transforms it into the game's emotional linchpin. Ys VIII isn't just a story of epic adventure, in the end. It's a tale of survival, friendship, and trust.

At the same time, Castaway village serves several gameplay purposes. Inside the survivors' makeshift town, Adol and his party can trade for items, grow crops, take on side quests, forge armor, and stitch clothing. Each survivor, once rescued, brings with him or her a unique skill. Alison, for example, is an expert seamstress. Katherine is a blacksmith. Other survivors will join Adol's three-person party on raids into the wilderness. 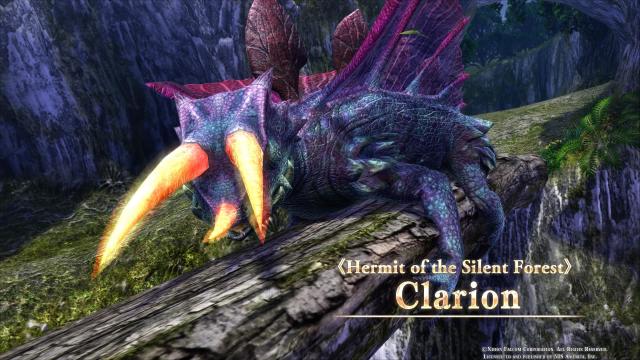 What's most remarkable about Ys VIII is how almost all its role-playing systems inform one another and work so cohesively together. Each new survivor brings with him or her a new installation to Castaway village. Thus, simply by exploring outside the comfortable boundaries of the village, Adol can enhance the upgrade options available to him. Out in the wilds, he'll fight monsters, who drop materials, which can then be used in town to craft new weapons, armor, accessories, medicine, and even higher-level materials. Better weapons and items allow Adol and his companions to explore deeper into the mysterious island, which creates new opportunities in the field and back at home. There's no filler in Ys VIII. Every system has a gameplay purpose.

While virtually all systems and mechanics fit neatly together in Ys VIII, there is one exception: interception missions. At various points in the game, Adol et al. will be called back to the village to defend against monster attacks. These missions play out like tower defense games, as waves of enemies attack fortifications and player characters. On their own, they play just fine, but they feel out of place within the game's larger framework. Fortunately, they're mostly optional. 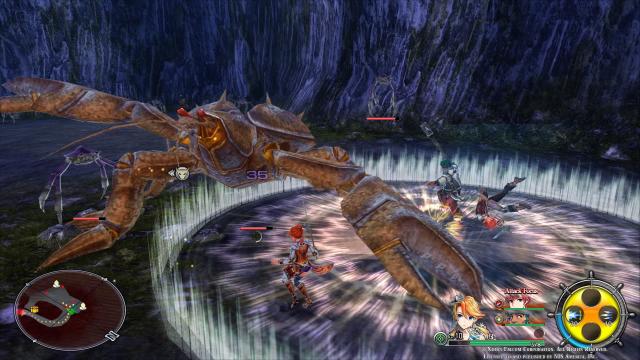 Ys VIII is both a role-playing game and an action game, and it delivers on both fronts. The combat in the game is fast, fluid, deep, and accessible. Players will control three playable characters at a time, switching among them as necessary. During combat, players have at their disposal several attacks and special moves. Each character has a simple combo attack, in addition to four skill attacks, which use SP. There are also basic dodge and jump moves. Moreover, each character has an attack type: slash, pierce, or strike. Using the right type against the right monster will "break" its guard and make it vulnerable to team attacks.

Things get even more interesting once the game introduces "flash guard" and "flash move." By pressing R1 just before an enemy attack hits, players can activate flash guard. If timed perfectly, it will nullify damage and transform all character attacks into critical hits for a short period. If players press L1 instead, they may initiate flash move, which slows down time. These defensive moves add depth to the game's combat system. 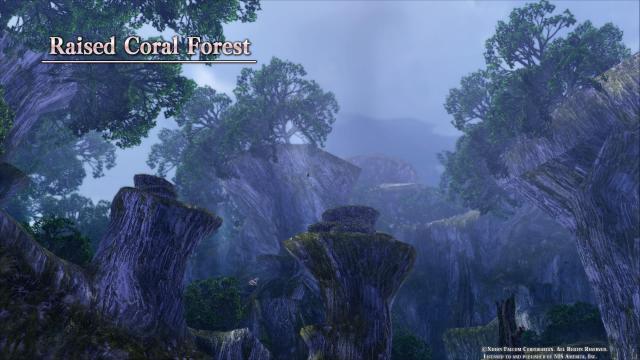 When players aren't building up Castaway Village or taming the wild monsters of Seiren Island, they'll be exploring the island's shores, mountains, jungles, and caves. The world in Ys VIII is breathtaking in its beauty and intoxicating in its vastness. There are many unique environments to discover, each with its own monsters, materials, treasure chests, and landmarks. Once located, crystals allow fast travel across the island. In a clever twist, Falcom uses roadblocks and landslides to prevent passage to all parts of the island. Only with a requisite number of survivors will Adol have the manpower to lift these blockages. There's a hint of Metroidvania in this latest Ys adventure.

There is one minor irritant with the game's open world. It's not seamless. Sections of each map are divided by dotted yellow barriers. Walk through these barriers and the next area will load. Presumably, this is a leftover of the game's initial development on PS Vita. Had Falcom designed Ys VIII from the ground up on PS4, a smoother and more continuous world could have been possible. Still, it's a relatively slight problem, when the sheer amount of real estate in the game is considered. 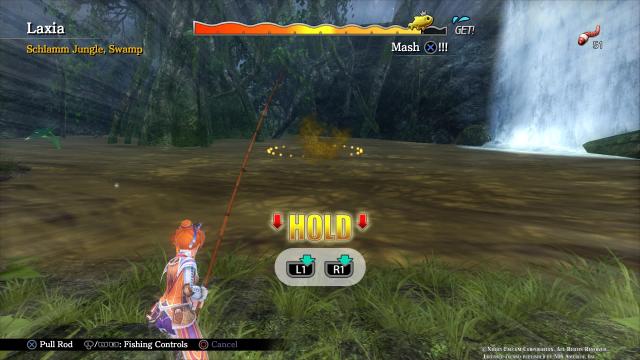 Ys VIII is a substantial game. The main story will take some 30 hours to finish. Enterprising adventurers eager to finish every side quest, find every treasure, and catch every fish (yes, there's a fishing mini-game) could spend as many as 50 hours on Seiren. There's even a New Game+ for fans who can't get enough of Adol Christen and Dana.

In a year of great games, Ys VIII makes its voice heard. This is a title that can go head-to-head with anything released in 2017, including Breath of the Wild. With charming characters, fun combat, lots of opportunities to explore, and a large set of role-playing mechanics operating like clockwork, it accomplishes everything it sets out to do. This is one of the most thoughtful and successful RPGs from the creative minds at Falcom. It's a must-play for action-RPG fans, or anyone who dreams of adventure.

This review is based on a digital copy of Ys VIII: Lacrimosa of Dana for the PS4, provided by the publisher.

Sad to see that Aldo's curse when it comes to anything to do with the sea is still in effect , Aldo has stop his seafaring ways and either become a landlubber for good or build a plane.

At this point I think he needs to be added to the no-sail list :-P

agreed , next time I get on a boat I'm checking the passenger list for Aldo's name.

I've finished Ys 7 so long ago, I need to pick this up

Horizon? In a year with Nioh and Persona 5? Sorry xP