With the advent of the indie boom it's become quite common to be astounded by fantastic art styles delivered by very small, sometimes solo developers. Titles like Limbo, Bastion, and Braid helped pave the way for what has become a staple of modern digital video games: stand-out visuals, derived largely from a unique art style, from developers with something to prove.

Tokyo 42 follows this trend, with a breathless representation of a stylish city set 25 years in the future. Minimalism is key to the game's art style, and even though the developers at SMAC Games have succeeded in creating an extremely minimalistic world it's one that nonetheless oozes charm. 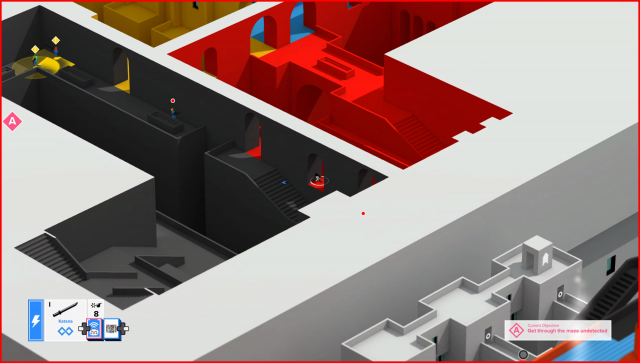 Thankfully, the visuals aren't the only interesting thing about Tokyo 42. Set in a future where death has become all but impossible thanks to regenerative pills which most of the populace takes, you play as an un-named person who's been framed for the now rare crime of murder. Once you've managed to out-run the police you eventually decide to become an assassin for hire; a rather strange turn of events considering that just five minutes earlier you were framed for murder.

Being an assassin for hire means you can take on missions wherever you like in this great metropolis. There are three clan missions to choose from, as well as side objectives, and 25 main story objectives to take on should you wish to see the story through to its end. Each side objective is different and varied, with a little set up on why you need to take a person down before you then proceed to do just that. 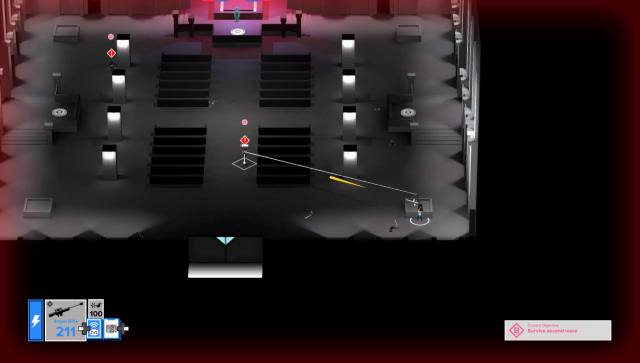 Some missions have you hunting down a single person, while others have you taking on waves on enemies. My personal favourites are the ones that challenge you to use the AI systems at play against each other, for example by baiting a punk group of NPCs to chase you into a nudist group, causing them to be distracted fighting one another rather than you. Manipulating the NPC AI in this manner keeps the game fresh and gives it a greater sense of charm and personality than you may initially expect from Tokyo 42.

Control wise you shoot with the right trigger, aim across the map by clicking the right analogue stick, jump with A (and take no fall damage), crouch with X, and throw grenades with the left trigger. You're also able to control the camera angle using the RB and LB buttons, with each press rotating the camera in 45 degree increments. Alongside new gadgets that are found throughout the world, which are controlled with other buttons, you end up feeling like you have a lot of control over your character and how you approach objectives. 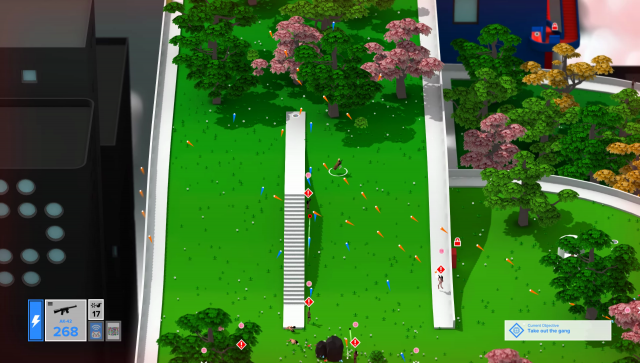 Still, while playing Tokyo 42 I couldn't help but feel that I'd played this type of game before. I couldn't put my finger on it for quite a while, but it finally hit me towards the end of the main story missions that Tokyo 42 is actually very reminiscent of the original Grand Theft Auto. They're both open world, isometric, mission-based shooters that allow you to journey about a bustling city in your own way, and usually involve hunting down targets that blend into the crowds with relative ease.

The comparisons don't end there, either. Your view is occasionally obscured by the constricting camera angles and some buildings are so large that they hide your character from almost every angle. As in Grand Theft Auto this isn't generally a major issue, and most of the time you'll simply work around it, but it speaks volumes to the notion that this is a game about aesthetics above all else. 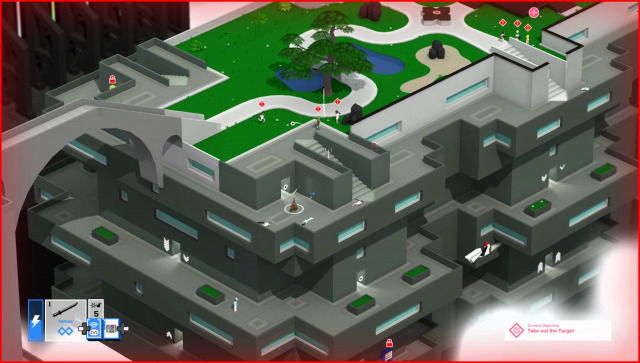 And it shows. Tokyo 42's clean, sleek visuals are a (possibly even the) key part of why you'll keep coming back to it. Just when you think you've seen all the city has to offer, you'll notice that a new camera angle on a house shows characters or secrets you've never seen before, pushing you to explore further and discover other little secrets. Even in the final moments of the game you'll still find new aspects to the metropolis.

Unfortunately, while the aesthetics are amazing, Tokyo 42's soundtrack simply does not deliver. It's not bad - it actually has a couple of catchy tunes that I enjoyed listening to - but for the mostpart the songs are little more than generic background music (think elevator music) rather than soundscapes designed for the minimalistic city you traverse. 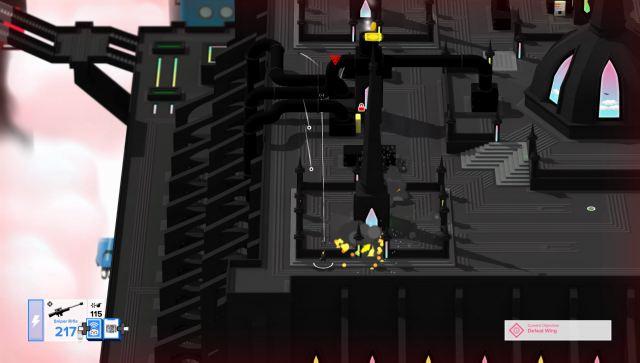 With the money you earn from missions you're able to buy bigger and more expensive weapons, each with their own stats for firerate and explosion damage. Generally, I decided to stick with what I was given during missions, as I didn't really Tokyo 42's head-on combat. I preferred to sneak around areas and take enemies out with a katana, resulting in a one hit kill that doesn't alert other nearby enemies.

This does come with consequences, though - if you tend not to rely on guns then you may find boss fights in later portions of the game to be much more difficult, especially if stealth isn't an option. This, combined with the fact that your character can only take one shot before dying made the final few wave objectives some of the grindiest and most challenging parts of any game I've played in quite a while.

The stealth approach also brings up some issues with AI behaviour. While most NPCs will walk about their area with no issues, sometimes they'll carry on even when seeing you, meaning you can glitch past certain areas without having to kill anyone. 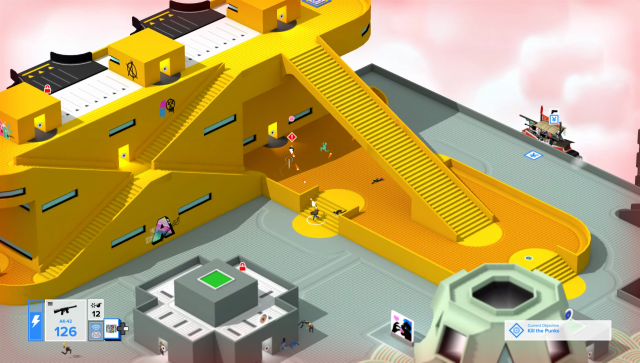 Tokyo 42 takes some of the best features from the original Grand Theft Auto and packages them up in a sublimely gorgeous aesthetic, resulting in one of the most visually pleasing indie games to release this year. Don't let its minimalist exterior deceive you, either; Tokyo 42 is also a deep game with plenty to do and uncover.

This review is based on a digital copy of Tokyo 42 for the PC, provided by the publisher.