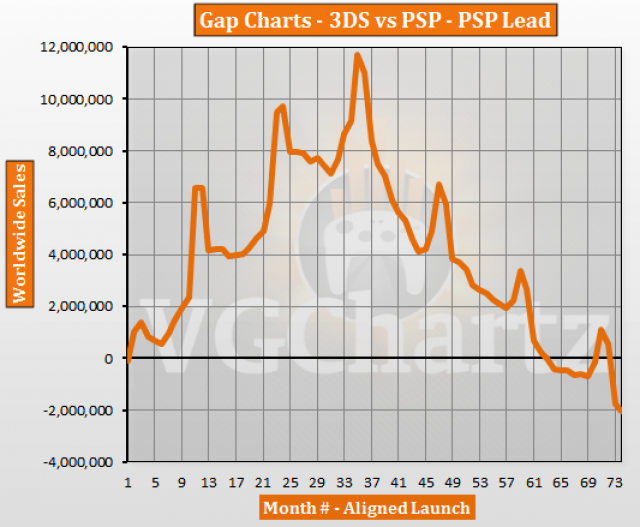 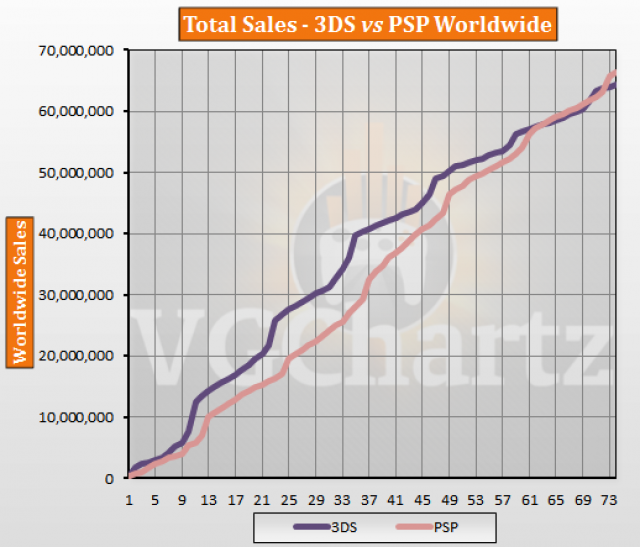 Interesting. Could we have some switch data in this chart as well?

SO 3ds can potentially close the gap in holiday seasons?

Might take the lead for a little while since I believe 3DS hits its holiday for that year a bit earlier. But, with the 3DS selling 7 million last year, having 16 million to go, and the Switch taking most of Nintendo's focus, there's practically no chance of the 3DS coming out on top.

I know that in the long run. I am just talking about the short run

3DS is a failure.

Add your reply... Instead of comparing it to the Vita compare it to the original DS.

So, by your reckoning, anything doesn't sell 150 million units, because one of it's predecessors did, is a failure? I guess every PlayStation released after PS2 is doomed to be a failure by your logic.

Sure! That's the goal of a product, right? To sell more than its predecessor! Yes, PS3 was a massive failure and waiting for PS4 final number. Can you imagine a company saying "oh! great! our nem product is selling less than de previous product! UHU! Let's celebrate!". Come on...

You are exaggerating to the extreme. As long as Nintendo makes a profit off it, that's all they care about. If 3DS was an outright failure, it would have been discontinued like Virtual Boy or had a shortened lifespan like the Wii U. It's been on the market for 6 years now, so obviously Nintendo views it as a healthy product line.

Definitely not! Come on! When a company is big like Nintendo its not just about "makes a profit". Nintendo has its employees to pay, investors, buildings to keep up and running, partners... You must do whatever it takes to keep at least the same ammount of incomings to maintain the size of your company. Oh it "makes a profit" but is it enough to keep your company the way it is now? How many more products that don't sell like its predecessor can you make? They are keeping the 3DS around to get all they can for it but to say its "fine" is really silly. Think like someone who's running a company and not like a fanboy happy to see its favorite company selling more than the competition.

You combat facts with exaggerations, but I'm a fanboy? lol, I own systems from Atari, Mattel, Coleco, Nintendo, Sega, Sony, & Microsoft; but you go ahead and believe whatever helps you sleep at night. Obvious troll is obvious.

My comments are obvious. No need to explain me your gaming life. You are a fanboy. Only a fanboy thinks so shallow.

And YOU are reported. Have a nice day.

This sounds like an amazing opportunity, and I'd like to get started right away! Please tell me your email address, so I can send you my name and phone number. I'll also give you my bank account and routing numbers so you can sign me up for direct deposit. And, I'll also send over my social security number in case you need it to locate any other information about me. Oh, and I'll send a DNA sample so you'll know that I'm not on drugs.

I look forward to working with you! I can't wait to make over Bucks9000!