GameStop has told VentureBeat the excitement around the Nintendo Switch is really high and any new stock sells out within hours. The retailer expects there to be supply issues for the rest of 2017.

"There’s a lot of excitement about the Switch, but there’s also a lot of caution," said GameStop chief executive Paul Raines. "We’re very cautious simply because of limited allocation. We don’t really have an aggressive forecast built-in for the Switch. We’ve learned with Nintendo not to do that." 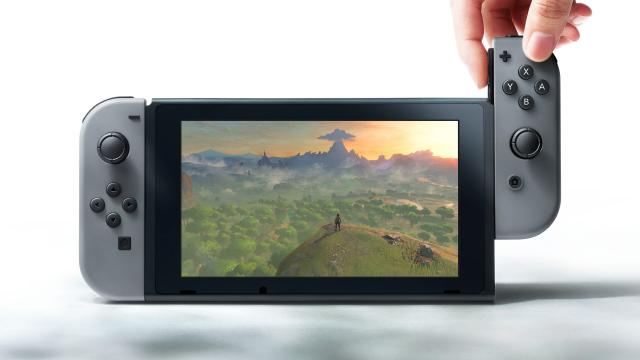 GameStop chief operating officer Tony Bartel added, "The demand is incredible strong. As soon as we get it into stores, it’s out within hours. We anticipate that we’ll be chasing supply this entire year. The other thing is that to have an over five-and-a-half attach rate [for games and accessories] for the Switch. This signifies that a lot of people are finding this a great platform, and they’re picking up almost any game they can."

"The data says it’s selling," Raines said. "There’s tremendous demand. Every unit we get sells out quickly. But if you’ve played it, that’s the best way to know it has tremendous broadening potential." 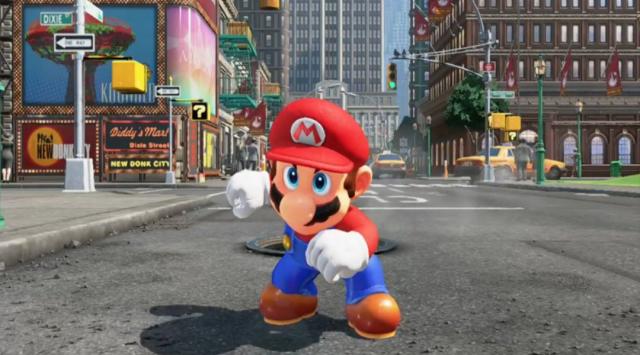 The retailer added that the releases Mario Kart 8 Deluxe, Splatoon 2 and Super Mario Odyssey should keep the demand high through the rest of the year.

I was hoping for a pun, like a little deja VVii

That sounds as bad as the Wii U's name. Wouldn't be surprised if you were responsible for naming it

Where I live, a small town where I could find Wii when it was going through its sales frenzy (I did not think Wii sales were so serious because there were Wii consoles sitting on store shelves where I live now but I realize my town is very small and does not represent much of America), Switch and its main accessories (Pro controller, joycon) are gone within minutes of arrival. I believe this console really does have Wii type of vibe going around it. Nintendo releasing 8 games in the first 9 months is also a sure fire way to keep interest in the console high. If they had priced this console at 250, it would have been a war come this Christmas.

I wouldn't be surprised if they have $250 holiday sale for it at Christmas or at least a really good bundle. Nintendo has had some great black Friday deals lately so hopefully they will do something.

Oh hell nah, they better be ready for Christmas.

i got 4 new from amazon seller for $157 and just order 2 more for my friend for his kids
https://www.amazon.com/gp/offer-listing/B01LTHP2ZK/ref=dp_olp_new?ie=UTF8&condition=new

Sorry, it seems that the first two comments had to be checked before appearing

I am curious to know numbers. I have a feeling it is undershipped.

Yeah under shipped a console that sold 1.5 million in a week.OK if that is under shipping to you

It broke records around the world though........

I guess by definition if it is sold out it is undershipped. But, manufacturing has limits, and you also don't want to wind up with unsold inventory.

What would they accomplish by that?

we'll see what happens when the initial stock runs out. The Summer will be telling

Another Day another piece of news from Gamestop, Anyone would think with all these news items that the Gamestop business isn't performing so well lately

Ramping up production isn't that easy. Especially if your QA-demands are high you can't just build up new production lines. See the issue with joycon-connectivity. It was solved through a slight change in production-process, but not all joycons were affected to begin with. Different production lines work with slightly different issues. As a manufacturer you want to keep that small. So building up new production lines is difficult and takes time. This effort is also wasted if two months later the demand for your product goes down (as we expect after the launch).

They are, and they have increase production.

Could be back to old tricks of shipping a smaller amount of purpose, we'll see when we actually have numbers.

I'm sure it is GameStop, you're just trying to stay relevant in a world that no longer needs you. There's next to nothing to play or do with this system right now.

Seeing as it's sold out on their website, and every other, I gotta think they're being truthful.

Given the nature of this site, probably a great many people here.