Demos have become something of a rarity in video gaming these days. I recall as a kid being excited about sticking a new demo CD into my PlayStation and getting so much pleasure from what was merely a series of snippets of full games. Regardless of their length, these demos allowed me to get a realistic glimpse of games without purchasing them, which was a delight for a child with limited funds.

Leaving Lyndow could be considered a demo of sorts; it's a prequel that's meant to show off the world of Eastshade, a game which is due to be released in 2018. In Leaving Lyndow you play as Clara, a coming-of-age teenager who has studied for years at a prestigious school and is about to embark on an adventure at sea. Leaving Lyndow is, as the name implies, the story of Clara's departure, and she walks around locations, saying goodbye to friends and family in advance of her three year journey. 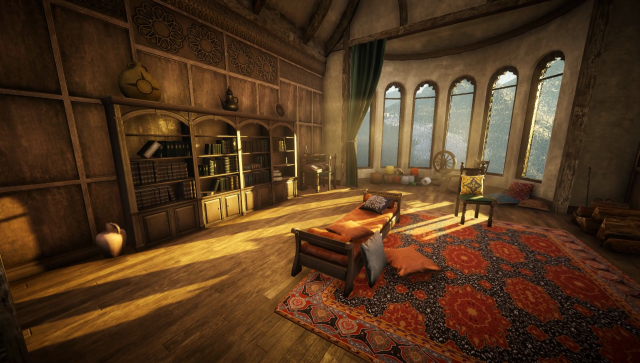 None of this is explained to the player beforehand, instead it's up to you to walk around, explore, and converse with others in order to build up a picture of what's going on and of Clara's various relationships. The people will look a little weird at first - that's because Leaving Lyndow is set on an alien planet. This alien world has a feeling akin to an Elder Scrolls setting, both in terms of its art directions as well as its strange creatures.

You'll explore five areas over the course of this short game, and each one relates to Clara in a specific way, from her family home, to a local cafe, the forest she used to explore, her uncle's farm, and finally the dock that will mark the beginning of her new journey. There are mini-games to be played in some of these areas, and by participating in them you uncover a bit more information about the world that Clara inhabits. There aren't many of these, but those that have been included are engaging enough to keep you invested in the title a little while longer. 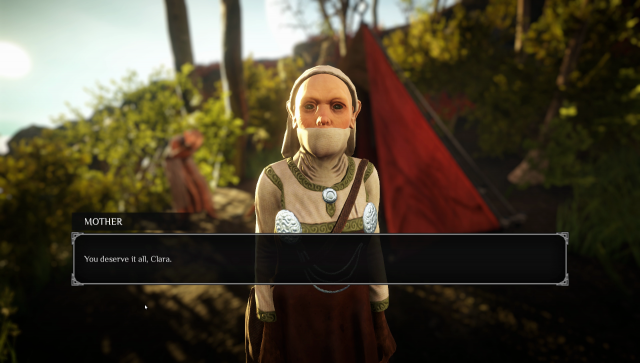 The first thing that becomes apparent when entering each new area is the fantastic quality of the presentation. Leaving Lyndow's landscapes stretch far into the distance, even when indoors, and the presence of the sun and clever lighting techniques in general manage to evoke a strong sense of character and atmosphere for each area. The soundtrack, too, manages to suit each area superbly, resulting in some excellent, fantastical moments.

These two elements - a strong score and a series of lovingly detailed environments - create an atmosphere the likes of which I haven't enjoyed since playing The Elder Scrolls IV: Oblivion almost a decade ago. I wanted to spend more time exploring the world, talking to its inhabitants, and generally soaking up all that the world of Eastshade had to offer.

It's a shame, then, that Leaving Lyndow is so short as to almost be considered a demo. After just 65 minutes of playtime I had spoken to every NPC, explored each area thoroughly, played each mini-game, and acquired every achievement, and that's a shame because I wanted to spend so much longer exploring Leaving Lyndow's world. 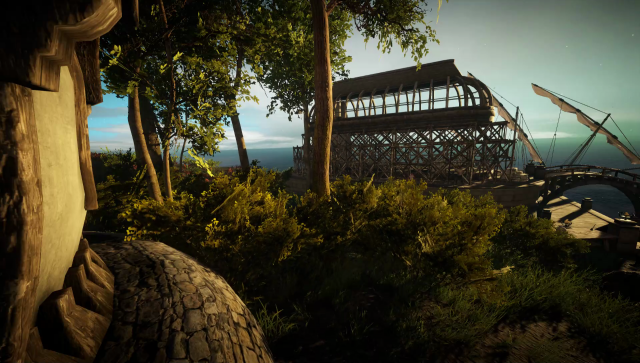 It's for that reason alone that I draw comparison with the demos of yesteryear. A demo's explicit reason for existing is to get a player interested in the title; to give them a taste of what they'll get when they buy the full game. At this Leaving Lyndow succeeds perfectly. The slightly bitter pill to swallow, though, is that EastShade Studios is charging money for it. Had it been a free stand-alone game, one could have easily have overlooked the short length, but given that Leaving Lyndow costs money ($3.99 to pre-order), it's not so easy to unconditionally recommend it.

Another minor grievance is how limited the conversations with NPCs are. You'll come across old friends that, in very short order, you won't be able see for several years, but instead of engaging in a lengthy conversation with them consisting of multiple conversation trees, you'll end up witnessing just a few brief sentences before the chat comes to an end, and there's no way to direct the tide of conversation. I can't help but feel a few more dialogue options would have allowed me to learn more about this weird and wonderful world. Instead, I was left only partially satisfied, knowing enough to get by but not nearly as much as I had wanted to. 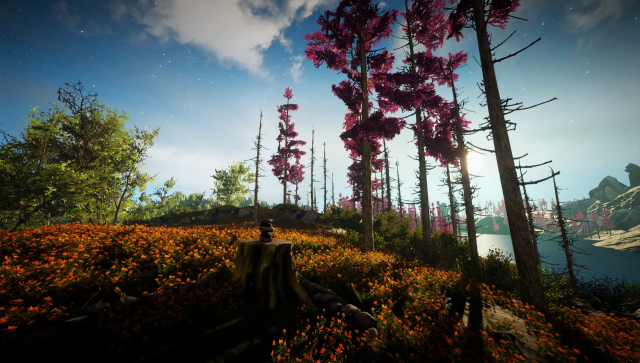 If anything can be taken from this review, it's that playing through Leaving Lyndow has certainly made me more interested in what Eastshade is set to offer next year. If it can maintain this fantastic level of presentation, music, and general atmosphere then Eastshade is going to be one heck of a game.

This review is based on a digital copy of Leaving Lyndow for the PC, provided by the publisher.

Been following this on Indiedb for a while, might have to check it out. I like to see indies with some serious ambition.