The first-person shooter from Activision and Infinity Ward - Call of Duty: Infinite Warfare - sold 3,726,669 units first week at retail, according to our estimates. First week sales can be viewed on the VGChartz Global Weekly Chart for the week ending November 5. 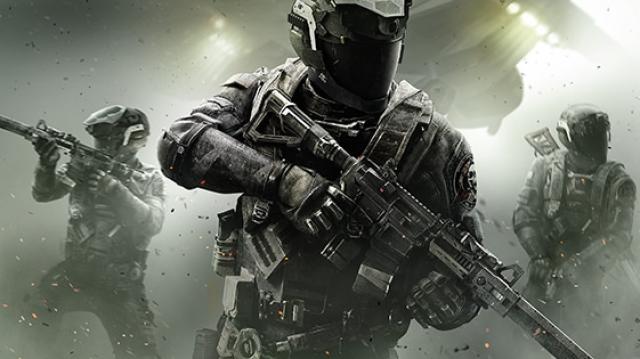 Here is how Call of Duty: Black Ops III's first week sales compare to other games in the franchise:

Call of Duty: Infinite Warfare released for the PlayStation 4, Xbox One and Windows PC worldwide on November 4.

So...wait. Pokemon sold around 7.5 mil in a bit under 2 weeks. And Calll of Duty sold a bit over 3.7 mil in one week. Wouldn't that mean it is a safe assumption that Pokemon is beating CoD in launch aligned sales? If so, dang. Guess that prediction wasn't crazy.

Great to see it do bad compared to previous games

Why? The game itself is awesome.....no reason to cheer for a game to bad

hopefully this is the end of COD it's a HORRIBLE franchise & it needs to die.

Why in hell would you wish any game to fail?!!

And with this... the death of futuristic warfare.

Probably, but it's not guaranteed. The next Sledgehammer CoD game entered development in late 2014 after Advanced Warfare released, a year before the brunt of the future CoD hate started, so it is possible that Sledgehammer might be working on Advanced Warfare 2. That would put Activision in the poor position of either releasing a game that could hurt the brand, or cancelling a game that has 2 years of expensive development already and having no CoD game for a year. Hopefully Sledgehammer foresaw the future hate coming and started on something other than AW2, MW4 would be nice.

I'm curious to see how much of the sales were impacted thanks to Modern Warfare. Maybe if COD 4 didn't came bundled with Infinite Warfare, the numbers might be different.

What goes up must come down. How many of the 7th generation's mega franchises remain as powerhouses of game sales? It seems like those franchises that became massive in the 7th generation have all but fallen away. Long standing franchises, like Pokemon, remain strong, and it does not seem like any 8th gen franchises are really stepping up.

These are just Vgchartz numbers though, they aren't credible.

Weaker first week sales than Ghosts and Advanced Warfare. And I think we can rule out long term sales picking up a la Black Ops 3 to mitigate the losses. Activision needs to turn things around and start treating it's CoD customers better or this downward sales spiral won't end.

Let's hope this is a sign that Infinity Ward will go back to making modern FPS.

I'm about 95% positive that Infinity Ward's next CoD game will be Modern and that Treyarch's next game will probably be historic. The question is, what will Sledgehammer's next game be? It entered development in late 2014 after Advanced Warfare released, and the majority of the futuristic CoD hate didn't start until after Black Ops 3 was announced, which means that Sledgehammer could have started on Advanced Warfare 2 before the futuristic CoD hate began. Activision may be looking at a very hard choice right now, either releasing Advanced Warfare 2 and risking damaging the brand even more, or cancelling a game that has 2 years of expensive development already and having no CoD game next year (unless another CoD remake is in development that they could release).

I hope you're right. I keep saying that since Activision has 3 devs, have IW stick with modern, Treyarch stick with historic, and Sledgehammer stick with futuristic. That's what their best at. But now you have all 3 doing futuristic & zombies that they all don't feel unique and redundant. Activision is killing themselves.

I've read that it is rumored to be set in the Vietnam era. Though better than this future BS, I still don't like it, unless it is kind of like black ops where it is in the past and present. I think BO2 did it right by having it only 20 years in the future, it also had one the best maps and multiplayer modes (ranked) imo.

I would be happy with Vietnam. What I'd really like to see is a Korean War game though. No game, or AAA game at least, has ever been set in the Korean War. It's always WW2, Vietnam, or Desert Storm. DICE broke the mold recently by having the first AAA WW1 game with BF1, I'd love to see CoD have the first Korean War game.

The percentages were right, the XO figure was wrong (not sure where Will got that XO figure from!). Have corrected it now.

Almost the same first week sales that the ps4 version of bo3 last year, and this is combined

These are just Vgchartz numbers though, they aren't credible.