It takes a lot these days for a game to be considered a truly successful platformer. Given the sheer number of iconic titles in the genre’s 30+ year existence, including of course dozens of Mario games, in order to be noticed you need to offer up something very unique. Klang's claim to originality is the way in which it mixes the platformer and rhythm genres together. Unfortunately it too often falls flat in certain other areas of its design and this ultimately means it falls well short of greatness. 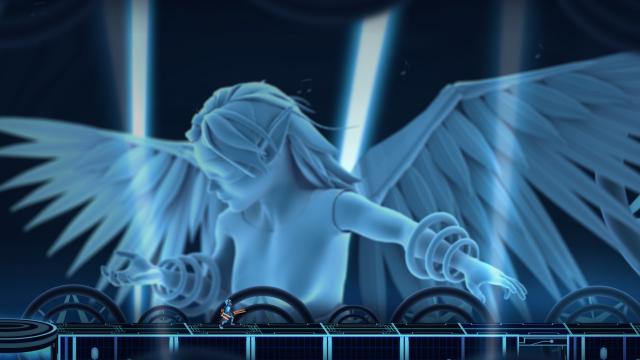 Graphically, Klang is superb, offering up beautiful presentation from the offset, beginning with a spectacular cut scene which sets up the premise of the game. You play as an unnamed character who tries to go into a portal which will make it a God amongst other beings in its musical dimension. However, upon almost making through the portal, your character is pulled out and sent down to the lowest parts of the world. You now have to work your way back up through the world, overcoming various obstacles and bosses that are designed to impede your progress.

It's all very abstract and unusual, but this makes for a game world which is truly unique. Everything in the 2.5D environments responds to the music currently playing, for example, with certain areas also featuring gorgeous CGI cutscenes playing in the background. The characters themselves are also great; there's a sort of Tron-esque style to them. If nothing else you should never get tired of looking at the game. 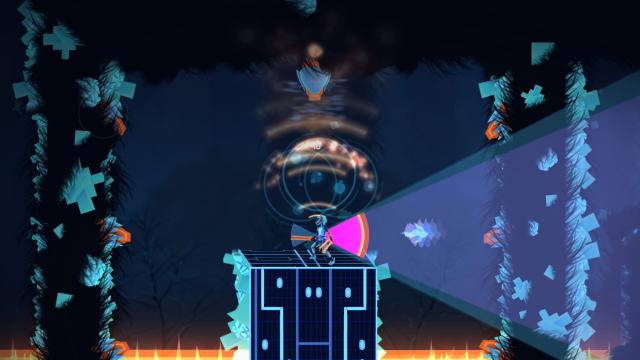 As this is a rhythm-based game you'd be right in assuming that extra attention has also been paid to the game’s soundtrack. Klang easily has one of the best soundtracks of 2016. I was humming along with the songs throughout and not once wanted to skip a track, no matter how many times I failed and had to restart a level. Throughout Klang’s relatively short campaign, it’ll never be the music that puts you off.

The core of Klang is its mix of platforming and combat, which is combined with the hallmarks of a rhythm type game similar to Guitar Hero. For the most part, enemies will surround your character and proceed to throw projectiles at you. Using the right stick, you must press in the direction of an attack at the right time to deflect it successfully. Attacks are always fair, as you’re given plenty of time before they land to prepare; the challenge comes in handling multiple attack patterns while also platforming. 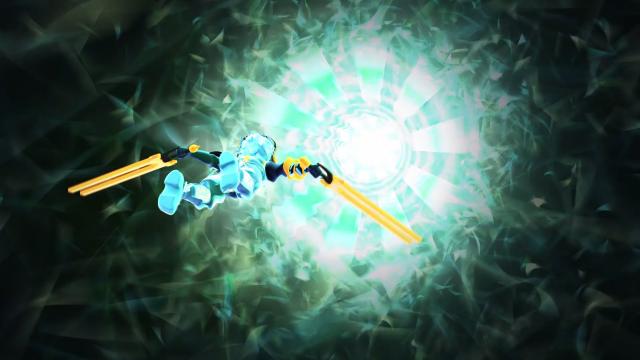 Highlights of this unique take on the platformer genre came in the later levels, where some stages force you to successfully parry specific attacks in order to create platforms on the fly, all while continuing to deflect other enemy projectiles. Once you successfully finish these areas the delight you feel is tremendous.

The problem is that soon you start to realise that every encounter is basically a rehash of those that came before, albeit with later levels adding in more platforming challenges. Eventually you have to engage in an insane amount of multitasking, with your character having to not only deflect attacks from all directions in time with the music, but also having to navigate platforms without falling to its death. It’s challenging, and fair, but gets overly repetitive fairly quickly. 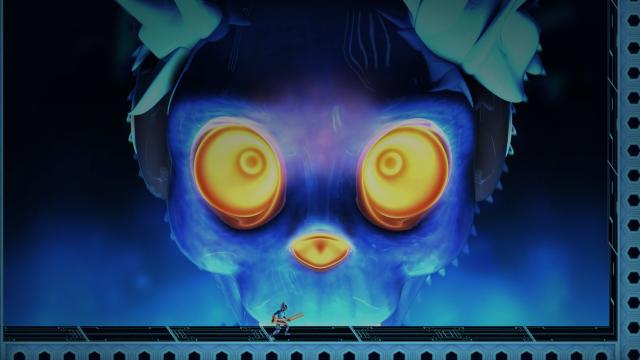 Then there’s the issue of campaign length. It took me just over an hour to play through once. Granted, Klang is designed to be replayed multiple times (you're graded on each of its stages and there are collectibles hidden throughout), but there's a very limited amount of original content, which is disappointing to say the least.

The story is also a bit of a let down - it's beautifully presented but also incredibly abstract and it doesn’t feel like it progresses at all. By the end of the game you’re likely to be left wondering what so important about getting to the portal in the first place. 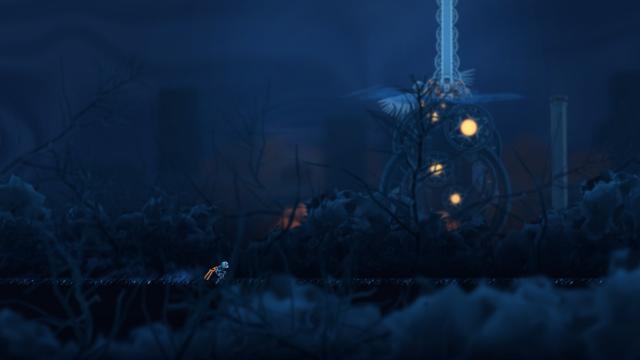 The flaws I describe ultimately all boil down to Klang's short length and lack of content. Had there been more levels the developers would perhaps have been pushed to develop some truly unique platform challenges that took full advantage of Klang's unique combat, but as it stands it's both short and repetitive, which should really be unforgiveable. Klang is fantastically original and I enjoyed my relatively short time with the game, but it never fully delivers on the promise of either the rhythm or platforming genres.

This review is based on a digital copy of Klang for the PC, provided by the publisher.