When Pac-Man Championship Edition came out in 2007 I was more than pleasantly surprised. Here was a classic game remade for the fast and hectic world we lived in; one that took all that was loved about the original and truly built upon it. The subtle changes and gorgeous presentation made it one of the most enjoyable and addictive arcade games of recent memory, and it brought Pac-Man back into the gaming spotlight after so many years in the dark.

So you can imagine my delight when a proper sequel was announced, boasting boss modes, increased speeds, and insane new game mechanics that would mix up the traditional Pac-Man formula once again. Now, after having played all that Championship Edition 2 has to offer, I'm pleased to say that I can definitely recommend it to fans of the original. 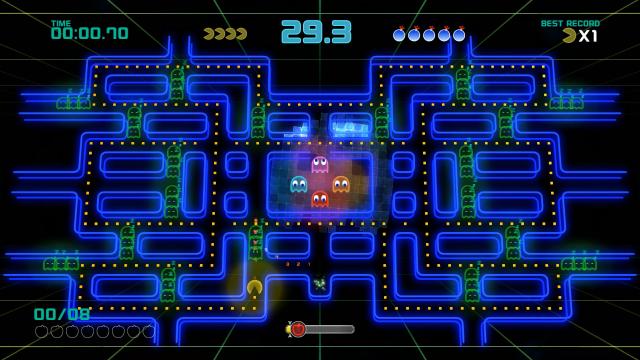 Championship Edition 2 actually opens with a new tutorial mode - one that has to be completed before you can progress to any of the game's new stages. As frustrating as this may seem at first, it soon becomes clear that the tutorial was included for very good reason, namely because Championship Edition 2 alters quite a few of the series' core mechanics.

Firstly there's a ghost anger system. Pac-Man no longer dies after touching a ghost, instead he’s able to bounce off the ghost a few times until it grows weary of your antics and becomes angered. Only once angered will it then chase you down like normal and proceed to kill you if it manages to touch you. At first this is a somewhat bemusing change because it really alters the core of the Pac-Man formula, but give it a fair shake of the whip and you'll start to realise that there's an element of genius behind this radical design change.

You see, as a result of being able to bounce off of ghosts Pac-Man Championship Edition 2 involves more strategy than instinct compared to its predecessors. When you have multiple ghosts chasing after you and nowhere to run, you no longer have to accept your demise and can instead pick ghosts to anger, causing them to bounce into the air, gather up their minions, and chase you until they calm down (or you die). This gives the player a tiny window of opportunity, but one that's great enough to get you out of a pickle, and as a result changes the pacing of the game more dramatically than you might expect. 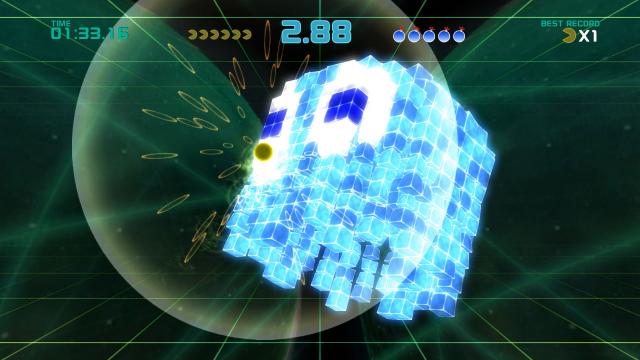 The pill mechanic has also been changed, with ghosts now travelling across set paths when turned blue and vulnerable to being eaten. Ghosts do have some degree of unpredictability in their movements (choosing whether to go left or right at a fork in the stage, for example) but overall you at least have an idea of where they’re going to travel to and can then position yourself to eat them accordingly. Eating long trains of ghosts also triggers a new 3D animation, with Pac-Man jumping off the stage and gobbling them all up into the air.

Unfortunately this new ghost eating mechanic does come with some drawbacks. The shine and glamour of eating ghosts in 3D is visually satisfying, but it takes control away from the player, which by extension removes one of the best feelings from the original when you actually controlled Pac-Man as he ate long trains of ghosts. This new method of ghost eating also takes up more time, shaving precious seconds off the stage timer and potentially ruining perfectly laid plans. 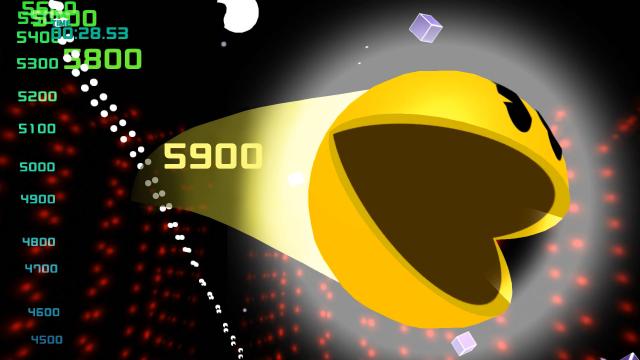 Championship Edition 2 naturally includes a wealth of new stages and stage types which should keep you entertained for hours on end. Classic score attack returns, challenging you to score as many points as possible within five minutes; an adventure mode tasks you with eating a certain amount of fruit within a set time limit, which may sound easy on the surface but is actually fiendishly difficult; and finally there are the all-new boss stages, where you need to eat as many extra lives as possible between each fruit pick up and before eating a final pill.

At first they don't seem all that different to the adventure stages, that is until you realise the boss in the background can make ghosts angry on a whim, pushing you to avoid them as much as possible. These stages are more aesthetically pleasing and the angry ghosts and fast pace (along with the huge ominous ghost in the background) keep you well and truly on your feet. It really is a joy to finish one successfully. 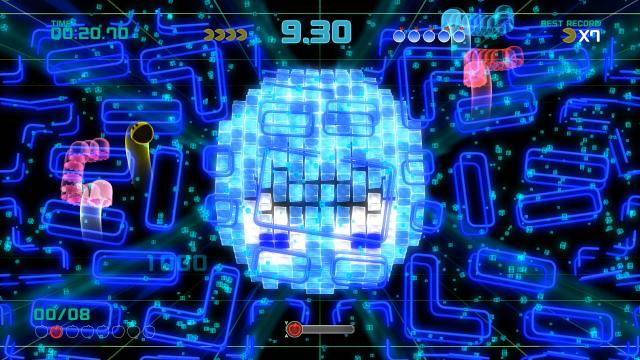 All of these changes can make for a jarring experience at first. I can see some Pac-Man fans being put off by the changes made to the core game mechanics alone, for example, but if approached with an open mind and given a fair chance to prove its worth then I expect most will feel as I do; Championship Edition 2 has followed confidently in the footsteps of the first game and is one of the most addictive and enjoyable games I’ve played in quite some time.

This review is based on a digital copy of Pac-Man Championship Edition 2 for the PC, provided by the publisher.

"Aesthetics over gameplay at times"
NOOOOOOOO!!!!!!!!

Must be a stupid an idea from stupid PR people :( 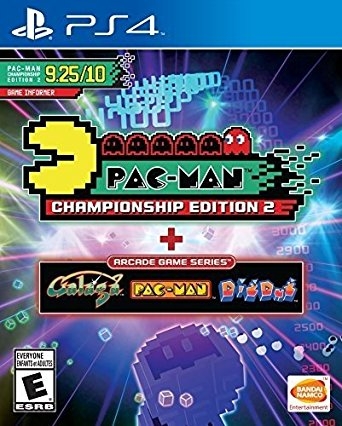 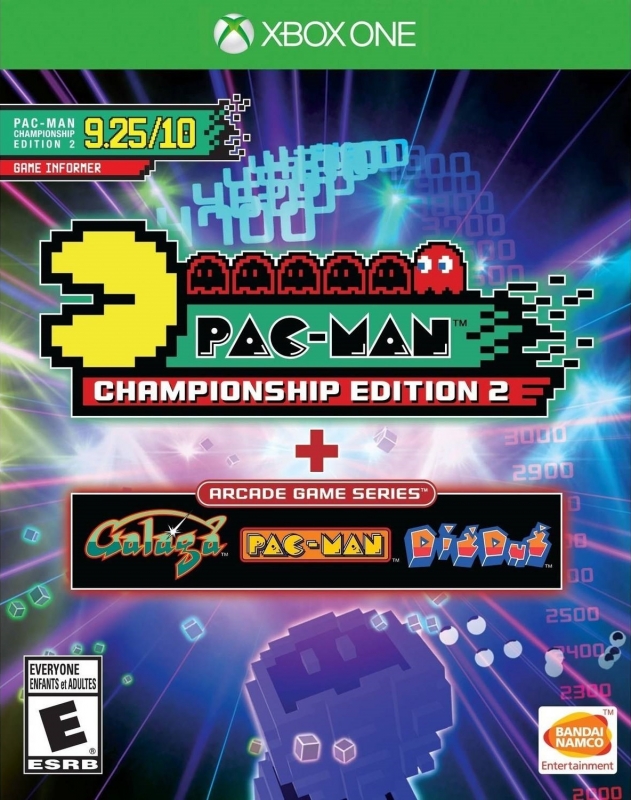