Massive Monster has released a short demo for its upcoming game, Adventure Pals, which has just achieved its funding goal of £21,450 on Kickstarter.

As with many of these smaller profile Kickstarter titles you've probably not heard of it before, and indeed I hadn't myself until quite recently, but it's a rather adorable title that is well worth giving a whirl, especially if you're a fan of The Behemoth's titles (Alien Hominid, Castle Crashers, BattleBlock Theater).

Adventure Pals follows a boy whose dad is kidnapped on his birthday by an evil guy who wants to turn old people into hot dogs. It mixes together platforming with hack ‘n slash RPG elements, encouraging you to get high combos. It’s both simple to pick up and play and looks to have plenty of depth. The final game, for example, will feature a large number of different items, weapons, weapon mods, and more, although the demo is limited to potions and bombs.

The demo offers a short sample of a few levels and one boss. The first couple of levels are rather simple and can be completed without paying much attention, but by the end of the third level the platforming becomes moderately difficult, boding well for a decent difficulty curve. One thing I do feel Adventure Pals could benefit greatly from, however, is additional work on the hit detection. 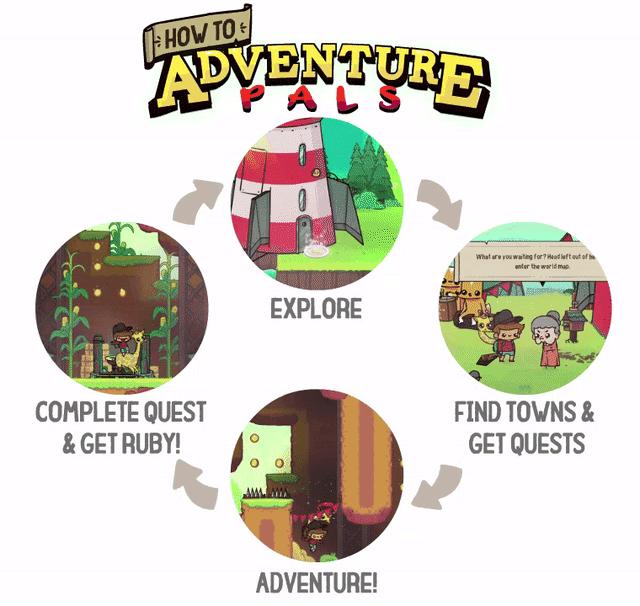 The aforementioned boss is a quirky tree that has a simple three phase attack pattern: a giant punch, sweeping his roots across the floor, and spawning tiny trees. The Kickstarter promises a wide range of weird and unique bosses in the final game, and the designs shown thus far certainly make the grade.

After spending roughly 20 minutes with the demo I was convinced of the viability of the project and decided to back it on Kickstarter. There's a lot of fine tuning to be done but the foundation is there for a quirky and adorable game.

Adventure Pals is expected to release next year on PC, Mac, and Linux. It's set to feature 10 hours of gameplay, 125 levels, and a local co-op mode.

My last month paycheck was for $12000 dollars... Whatever i did was basic online work from solace at home for 3-4 hours/day over at this website......