Shiren the Wanderer: The Tower of Fortune and the Dice of Fate (PSV) - Review

It doesn't get more niche than Shiren the Wanderer for the PlayStation Vita. It's a niche franchise in a niche sub-genre on a niche system. Originally released on the Nintendo DS in 2010, Shiren on Vita is an enhanced version of the game with additional dungeons and new mechanics. One thing that hasn't changed in six years, apart from some gorgeous 2D sprites, is the game's punishing level of difficulty. Shiren was developed with masochists in mind.

Shiren is a rogue-like, which means a single run through a dungeon can be cut short by bad timing or bad luck, erasing in a moment weapons, items, and level progression that took hours to accumulate. Thus, the game is not for the faint of heart. Death comes quickly to the uninitiated, and even to the most practiced players. You cannot prepare for the sudden appearance of a monster which spams sleep spells while his buddies move in to destroy your frustratingly frozen form. 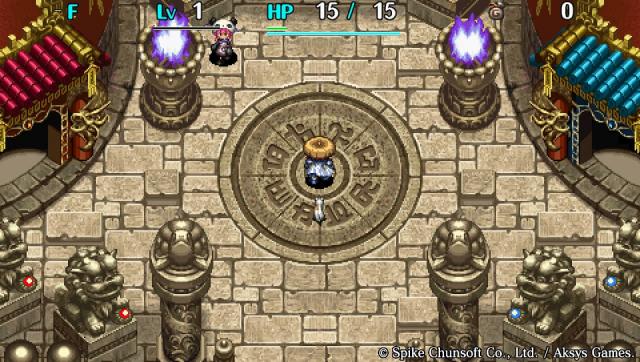 This is the formula that will, depending on disposition, either turn players off completely or cause them to yell defiantly at the Vita "please sir, may I have another!" If you've any curiosity about the game, though, do stick with it. There is something perversely gratifying about Shiren's gameplay loop, which goes from preparation to dungeon entry to rage-inducing death to, eventually, sweet victory.

Shiren is the fifth game in the series, but newcomers won't feel lost. The game's story is mostly self-contained, and serves chiefly as a tool to justify Shiren and his chatty ferret companion Koppa exploring through increasingly demanding dungeons. Basically, Shiren and Koppa are on a journey to climb the Tower of Fate and challenge the deity who sits atop the tower and decides the fate of mankind. Along the way, the twosome will encounter allies with their own backstories and reasons to rewrite their destinies. 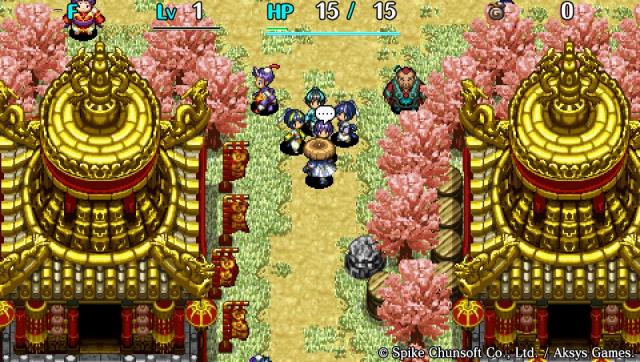 Boasting many trappings of role-playing games, Shiren could easily be mistaken as a traditional turn-based RPG. Between dungeons are towns with informative and helpful NPCs, item shops, and mini-games. Swords, shields, staffs, and herbs are scattered across each dungeon. Defeating enemies earns Shiren (and his companions) experience points. Yet to treat the game as a conventional RPG in the vein of Final Fantasy or Shining Force would be a mistake.

Think of Shiren as a coin-op arcade game. You've one quarter and one life, and you've got to make it count. That means gambling and taking risks. Do you spend extra time on the lower floor of a dungeon to earn experience and risk lingering for too long? Do you head immediately for the stairs to a higher floor and risk running afoul of a powerful monster with relatively weak weapons? Do you spend 1,500 gold on a companion at the start of the dungeon or save the money for the traveling salesmen who pop up at random in each dungeon? 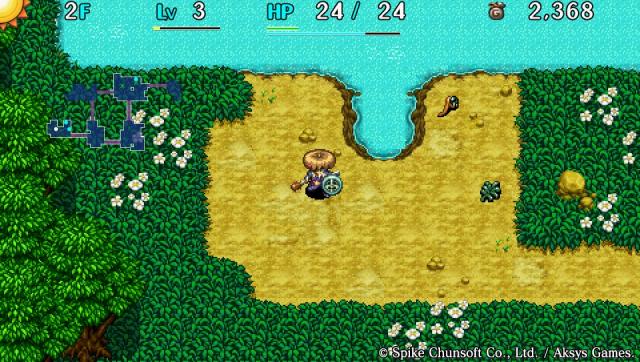 These are powerful, impactful choices, as death means losing everything. That said, there are a handful of ways to protect oneself against total bankruptcy. In towns you'll find banks and storage facilities that will hold money and rare items that carry over with each playthrough. In addition, even though Shiren loses his experience level upon death, his companions retain their own. Lastly, there is an asymmetrical multiplayer option that allows other Vita owners to rescue Shiren once his health reaches zero.

While this "rescue" option is brilliant in theory, it fails to translate effectively into the real world. Ask yourself: how many people do I know who own a Vita? Now how many of them own Shiren the Wanderer? Although players can opt to wait for a benevolent Shiren owner to rescue them from death, the wait will be a long and, usually, fruitless one. 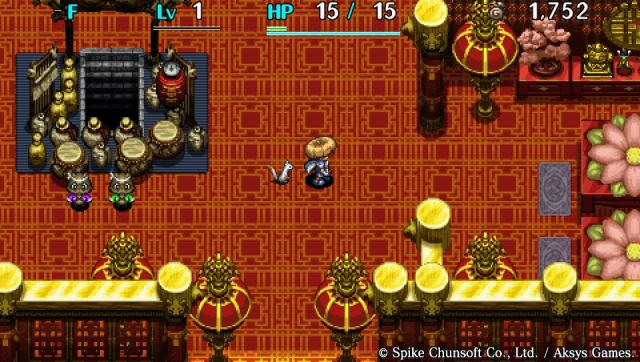 When players grow tired of dying in the main campaign, they can try dying in dozens of optional dungeons, accessible during and after the game. Some are pure rogue-like experiences with outrageously cruel conditions. Others allow Shiren to enter with high-powered gear and risk it all for even greater treasure. Some are fancier versions of Minesweeper, which ask players to identify blocks hiding bombs. There is no shortage of things to do in Shiren the Wanderer.

Shiren is not for everyone. Anyone craving an accessible or user-friendly RPG need not apply. Fans of challenging rogue-likes, however, should snatch the game up immediately. Simply put, Shiren the Wanderer is one of the finest examples of the genre. Failure comes quickly and painfully, yes, but as a result victory becomes that much sweeter and that much more redemptive.

This review is based on a digital copy of Shiren the Wanderer: Tower of Fortune and the Dice of Fate for the PSV, provided by the publisher.

Already got 100 hours played on this game, it's really great :) And i love the Snes sprites.

I've been thinking about buying this.

the sprites do look good, nice review, will look to pick this up when the price drops a bit

I rarely pass on a new physical Vita game, but didn't get this one. Maybe a mistake?

I'm glad that people still use 2D graphics, it's so refreshing, so beautiful.