Welcome to VGChartz’s Top 5 Kickstarter Games: April 2016 Edition. Before we begin, take a few minutes to look at some of the great Kickstarter games below that didn’t quite make the list.

When it comes to medium of video games, first impressions are always sculpted significantly by the visual and artistic prowess of the game. In the case of LUNA – The Shadow of Dust, its character designs and visual style oozes with charm. LUNA is a point & click adventure game that follows a boy and his mysterious animalistic friend on their journey to a tower that stands at the edge of the world. LUNA is a game that visually engages the player with its impressive backgrounds, as well as its unique and lovely designs for both the boy and his dog... or is it a raccoon? Either way, both designs are quite striking and look just as impressive in motion. 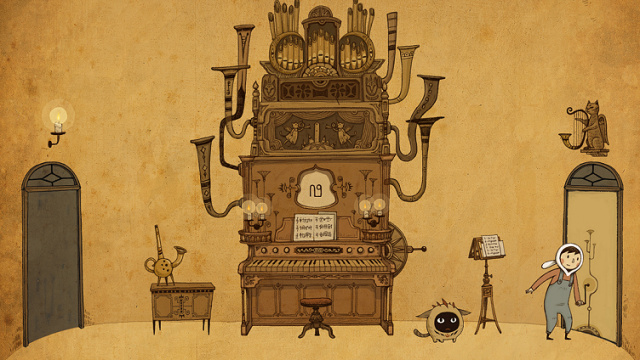 While LUNA is a single player game, you will have to control both characters in order to progress and solve puzzles. The game will feature various puzzles that will force players to think outside the box. This will include things such as needing to flip the monitor and/or shake the screen (mobile versions only, obviously), though hopefully none of them as frustrating as the infamous The Legend of Zelda: Phantom Hourglass map puzzle.

You can actually try out a demo for LUNA – The Shadow of Dust, either by downloading it from the Kickstarter page or by checking out the web demo which can be found here.

The God game genre has always included some elements of puzzle solving but Axon Interactive’s Quench is trying to alter this formula, by creating a God game that is a true puzzle game. In Quench you play as a divine being whose mission is to look after and safely guide various herds of animals by using your mastery of the weather. These weather abilities include creating rain, summing gusts of winds, causing earthquakes, and summoning lightning. Each power has its own specific purpose and must be used to protect the herd from various dangers and roadblocks. 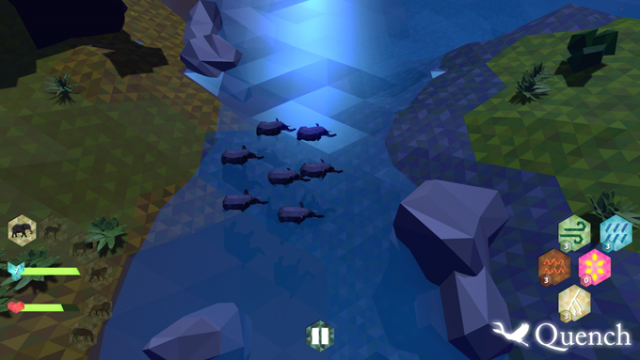 Quench will task the player with guiding various different herds of animals, including elephants, baboons, and lions through different terrains and dangers spanning 28 different levels. Each species will act quite differently when facing the same type of danger, so players will need to learn each herd’s traits in order to keep them safe.

Lowest Amount for Game: around $15 USD

Welcome to the world of Gibbous, a point and click adventure game that takes inspiration from the Lucas Arts games of old. Gibbous begins in the town of Darkham, an already weird town that has only gotten weirder thanks to the ever-growing number of cults. This phenomenon can be traced back to the re-emergence of the Necronomicon; a powerful book which has fallen into the hands of Buzz Kerwan, who may have “accidentally” turned his cat Kitteh into a talking feline. The two, along with detective Don Ketype, must search for the secrets behind the book's powers in order to restore Kitteh to his mute self, and to survive the dangerously changing town of theirs. 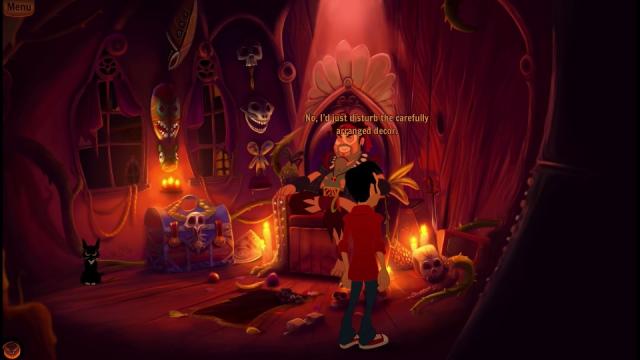 Stuck in Attic’s goal for Gibbous is to create a HD 90s point and click adventure game, but with a few modern refinements like autosaving and a hotspot highlighter. The gameplay will be exactly what you’ve come to expect from the genre - examining items, using items, talking to NPCs (which in this case may be fish people), and so on. The game’s backgrounds and scenery are heavily influenced by real locations found in Transylvania, Romania, while being slightly altered to fit the game's visual style.

As with LUNA – The Shadow of Dust, those interested in trying out Gibbous – A Cthulhu Adventure can download a demo via the Kickstarter campaign page.

Next Stretch Goal: New Location in the East

Tactical 2D strategy RPGs are sadly a very malnourished genre, with only a few franchises left to carry the mantle. But not all hope is lost - enter Twin Otter Studios and Arcadian Atlas. The game, both visually and mechanically, takes a great amount of inspiration from Square Enix’s Final Fantasy Tactics. This includes the appealing pixel art for both characters and the game world. The world will include various terrains, from villages to snowy mountains and, as in FFT, Arcadian Atlas’ terrain will greatly affect the course of battle. 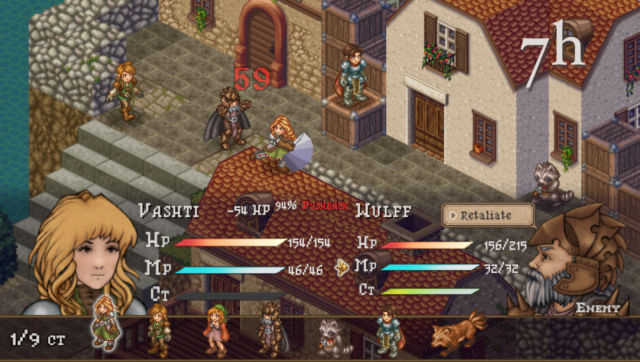 Characters on the high ground have various advantages when fighting those below. You can also use various obstacles (trees, houses, and so on) to block enemy attacks. Arcadian Atlas will include an assortment of classes to choose from, each with its own advantages and disadvantages. Each class will also have a branching and evolving skill tree. Finally, Arcadia Atlas will feature a unique - and unusual for the genre - Jazz soundtrack.

Thousands of games throughout the years have set players on an adventure to save the world from an unknown source of darkness. However, very few games have burdened the main character with an ability that can be used to save the world, but which is also killing the world each time it’s used. This is the premise behind Mable & The Wood, a 2D action game where overuse of magic has drained the world of color. You play as Mable, a magical girl with the power to shapeshift into beasts she defeats. Her quest is to find the source of this darkness, but to do so she must use her magical powers, and doing so slowly sucks the life out of the world. 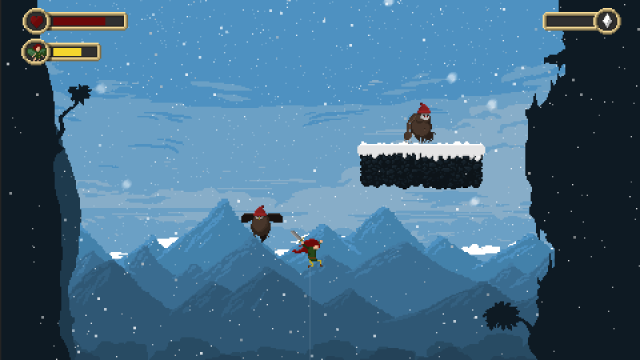 Mable & The Wood lets you choose your own path to explore through this dying world, but beware because exploring extensively has its own world-endangering consequences. Each time Mable defeats a boss at the end of the level she will gain a new form to transform into. Transformations include a fairy form, spider form, stone form, and more. These powers are necessary to defeat levels and bosses throughout the game, but each use of one of them will push the world further towards darkness.

I've backed both LUNA: the Shadow Dust and Gibbous. They both seem like amazing point-and-click adventures which I can't wait to put my hands on.

It's not VG, but it's a game nevertheless: Dark Souls - The Board Game, currently at £1,314,810 with 23 days left. I'm not into dungeon crawlers much when it comes to board games, but I just might pick this one up.

Gibbous has a playable demo. Try it! It's great!

Ghost Theory is the only one of those, that i'm even remotely interested in.