Final Fantasy VII Remake producer Yoshinori Kitase told Game Informer, and reported by GameSpot, that each episode will be a full-sized game, instead of several smaller episodes.

The team is using the model used by Final Fantasy XIII, which was a total of three full-sized games.

"This reimagined epic will be the next core Final Fantasy installment--or rather, installments," Game Informer's writer said. "When the project was first announced, people were confused by its multi-part nature, but the goal is to structure it more like Final Fantasy XIII than an episodic series." 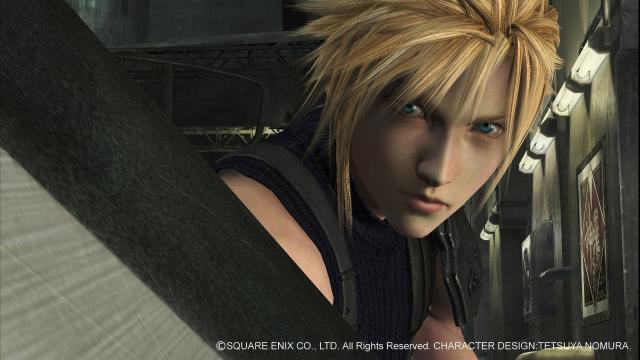 Kitase adds: "It will essentially be a full scale game for each part of the multi-part series. In XIII, each installment told the story from a different angle. It was kind of like approaching an unknown territory in a sense.

"Whereas with Final Fantasy VII Remake, we already have a preexisting story, so it wouldn't really make sense if that isn't encompassed in a multi-part series... So if we're just looking at each of these parts, one part should be on par with the scale of one Final Fantasy XIII game."

There is no release date for Final Fantasy VII Remake.

Not sure what a ''Full sized game'' means these days...

Well they compared to each part being the length of a FFXIII game so you're looking at around +50hrs per part, not including side missions.

Considering they used FFXIII as an example, I would assume similar amount of content and DLC.

As long as they can add more side/misc quests.

It's like people forget that FFVII was a huge game. It was on three discs, remember? Three discs, three episodes... Doesn't seem that crazy to me.

Except you only had to pay one price for the 3 discs, as opposed to $60 per episode. $180 is a lot to pay for a single game, no matter how amazing or long it is. It'll be interesting to see how well each episode sells...

Except Midgar was a 3-4 hour affair and they're fleshing it out to a full game (from the looks of it) by adding content. I would love to know more about the AVALANCHE members, and fleshing them out over a 40+ hour game night actually make me sad when they did.

The reason why it was 3 disks was because of FMV. The bulk of the game was on the second disk, the first disk was 8 hours tops, and the third disk was about 2 or 3.

@jason1637: The reason FFXIII was on multiple discs on 360 was because 1) the game was designed initially with a Bluray disc in mind, and 2) Xbox 360 didn't have Bluray support.

FF7 was in 3 cd so it's okay if they make episodes...? Guys, get yourselves a brain, please. Even if PS4 wasn't powerful enough to handle FF7 in one cd, they just had to make the game in 2 or 3 cd at release but not screw us with those multi part series.

i don't think it has anything to do with the console power but rather the BluRay capability, the game wouldn't fit the cd because its world is too big, that's why they had to release it on multiple cds on the original PS1

So it wasn't thinkable to release the game on multiple cd this time as well?

Why must you do thid

If you want to get technical, the original game was on three discs, so...it's not really that crazy. It was a huge game.

Like most big games at the time, they all has multiple discs.Its no excuse.And if the space is a problem, just put 2 discs in the package.Im more than fine with it.Would actually be a nice easter egg.

I just fail to see the immediate negative response. In a generation, full of DLC and microtransactions, why does it surprise anyone that a game this huge, and graphically intensive, may be split into episodes? It's not like we know the price yet. I doubt they would charge $60 per Episode.

So just because most companies use(and many abuse) DLCs, microtransations and whatnots, we should just agree with those practices and "get on with the time"?I find that very wrong.
But I do agree with you on the point that we dont know the pricing, if this multi part thing is just expanding the universe, as in the first game is FF7, then the second is like Advent Child with more stuff, and so on.I mean, I dont take this as good news, but it could change, or be something that I didnt consider.

@Skratchy Not multiple episodes, multiple games and as supposedly different experiences. It's not going to be like one cohesive experience, which makes no sense whatsoever since that is exactly what FF7 is. It's like you could start at FF7R-2 from what they're saying or FF7R-3 and forget the first one. Even if not they all better flow appropriately instead of just throwing around a bunch of jaring ideas like they did with the FF13 trilogy.

They went back to the stupid effeminate Advent Children art style. I thought they were going back to a more regular art style.

That's the thumbnail from the PS3 tech demo of FF7 SE showed off about 10 years ago.