Welcome to a brand new series of articles where I’ll be taking a look at lesser-known - and therefore primarily indie - great titles that have been out for a while, but which didn't receive much positive, if any, recognition at the time of release. For my first article, I take a look at Shadow Puppeteer, an indie game from Norway which has been on PC for just over a year now, and is soon to be released on Wii U.

I feel sorry for Sarepta Studio. Not for any demeaning reasons, but for the simple fact that the developer's debut game, Shadow Puppeteer, was a great game that no one (myself included) really noticed when it first released on PC in 2014. 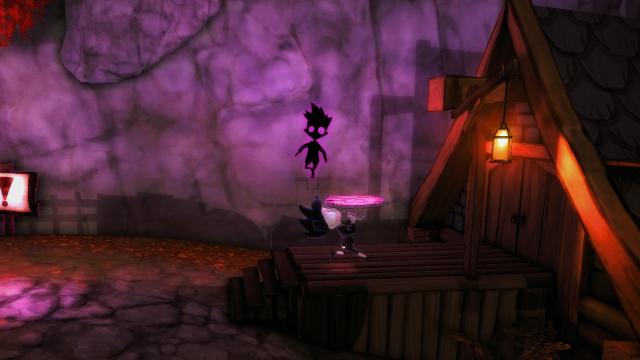 Shadow Puppeteer centres around a little boy who befriends his shadow after it is almost abducted by an evil maniac. Making your way through multiple levels - all different in appearance and with new puzzles to solve - it's up to you to stop the evil Shadow Puppeteer and restore everyone’s shadows back to their rightful owners.

It’s a 3D platformer affair where you control two characters at the same time: the left analogue stick and left bumper allow you to move and jump with little boy, while the right analogue stick and right bumper allow you to move and jump with the shadow. Things are complicated by the fact that the shadow can only move in two dimensions (left and right), and even then only across the surface of shadows on the stage. This allows for the crafting of some challenging platforming sections in well lit areas. 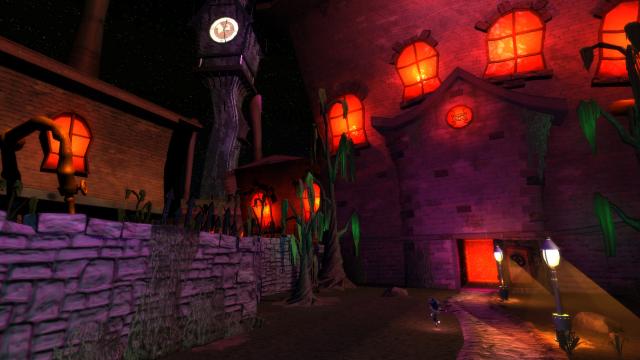 As with the critically acclaimed Brothers: A Tale of Two Sons from 2013, controlling two characters really helps to keep you immersed in the game, pushing you to concentrate harder than usual so as to ensure you don’t make any mistakes.

This all sounds like a simple concept, but in reality Shadow Puppeteer does a fantastic job of mixing things up, with new levels often altering the dynamic between the shadow and the boy. There are some basic cooperative tropes, such as having to move a box to help the other character get up a high wall, but for the most part Sarepta Studio did a good job of making the two character dynamic interesting enough to rarely feel repetitive. 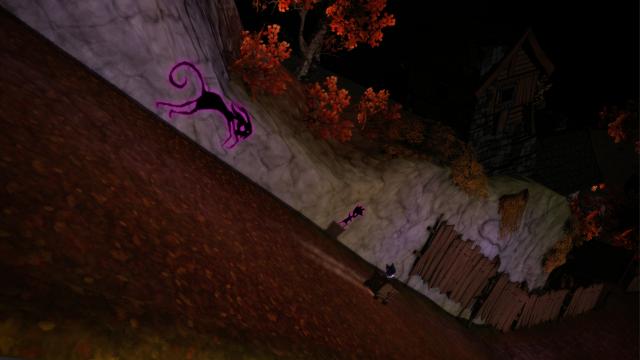 Examples of this dynamism are most evident when it comes to the way light is used to make the player look at the world in a whole new way. Moving light sources around the screen to help the shadow get around is a fantastic idea and sets Shadow Puppeteer apart from the vast majority of platformers on the market which use more basic jump mechanics to engross the player.

The narrative is kept to a minimum from the offset - you're not given any context for the boy's location, for example, or told why titular shadow puppeteer is taking people's shadows - but there is a natural feeling of progression, with bosses and levels upping the ante constantly. The difficulty curve can become quite a challenge to deal with, however, with the final two bosses in particular requiring you to give it your all, employing everything you've learned in the game up to that point. 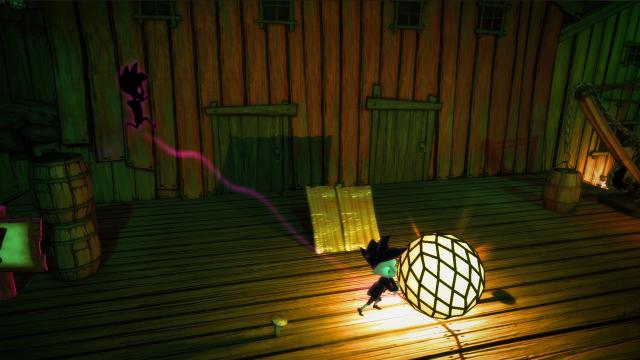 Screenshots for the game do a poor job of demonstrating how beautiful Shadow Puppeteer really is. The game, which won the 2015 Indie Prize Director’s Choice Award, features well rendered shadows and adorable animations that are somewhat reminiscent of The Nightmare Before Christmas. I’m still humming some of the songs to myself hours after beating the final boss, which is always a sign of a great soundtrack.

Shadow Puppeteer is my most recent underrated gem and also the one that prompted me to start this article series. Surprisingly, the developers have informed me that quite a lot of people already have the game courtesy of Humble Bundle, but that they don't even realise they own it. So if you're a Humble Bundle regular check your purchase history - you may well already own this game, and if you do you really should check it out.

You can purchase Shadow Puppeteer via Steam for £12.99. The game is also set to release on Wii U in the near future; hopefully it finds greater commercial success on Nintendo's home console.