Three years ago KING Art Games released a point-and-click adventure title that rivalled the best the genre has to offer. The appropriately-named The Book of Unwritten Tales was a love letter to adventure games gone by, and a shining example of how to bring a somewhat neglected genre into the present. Fast forward to 2015 and a successful Kickstarter campaign has resulted in the release of a sequel, The Book of Unwritten Tales 2. Released in February on PC, the game has finally now made its way to Xbox One and PS4.

Like its predecessor, The Book of Unwritten Tales 2 is a point-and-click adventure game with sumptuous visuals and imagination to spare. Its puzzles are creative and clever, its cast of characters endearing, and its sense of humor impressive. However, it does suffer from a couple of flaws that prevent it from surpassing its brilliant precursor. Chief among these are excessive dialogue options and a handful of obtuse puzzles. The game has also picked up a few minor annoyances during its translation to home consoles. 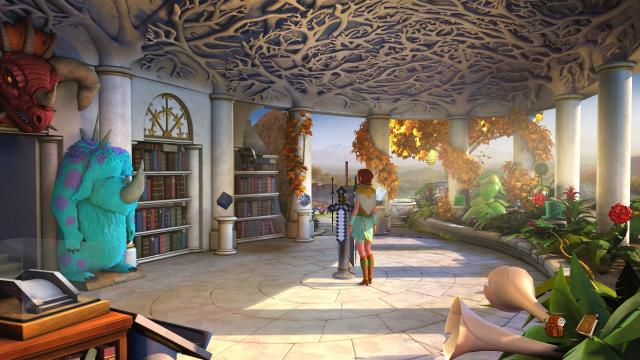 Unwritten Tales 2 takes place some years after the conclusion of the first game, when a foursome of unlikely heroes saved the world of Avantasia from the arch-witch Mortroga. Having gone their separate ways, the group is reunited by fate as several dangers threaten the land, including but not limited to pirates, zombies, mummies, assassination attempts, mysterious plagues, and the transformation of all things in the kingdom into objects pink and cuddly.

Many of the greatest point-and-click adventure games boast impressive funny bones, and Unwritten Tales 2 is no exception. Like its predecessor, the game introduces dozens of pop culture references, lampooning everything from The Lord of the Rings to Minecraft and Portal. It also takes time to mock the mechanics of point-and-click adventure games and reserves some especially biting comments for role-playing games. There's one particularly amusing chapter in which the gnome mage Wilbur goes back in time and the game transitions from 3D to 8-bit graphics (see image below). 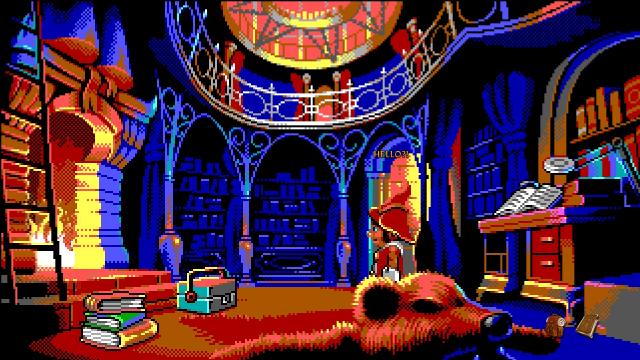 Complementing this strong sense of humor are some extraordinary production values. The graphics, music, menus, and voice acting are all excellent. The original Unwritten Tales looked lovely, but it pales in comparison to the graphical fidelity of the sequel. Everything is bigger and more detailed. The actors who lend their voices to the game's many endearing characters are true professionals with expert comic timing. And the script is excellent, but, as mentioned before, overlong.

In fact, this is the biggest flaw of Unwritten Tales 2. While the dialogue is impressive and often hilarious, there is simply too much of it. In order to progress in the game, each character will need to speak to dozens of characters to get clues and items. But almost every conversation is weighed down by excessive talking and dialogue trees. It can take several minutes to exhaust all of the dialogue options; time better spent solving puzzles. 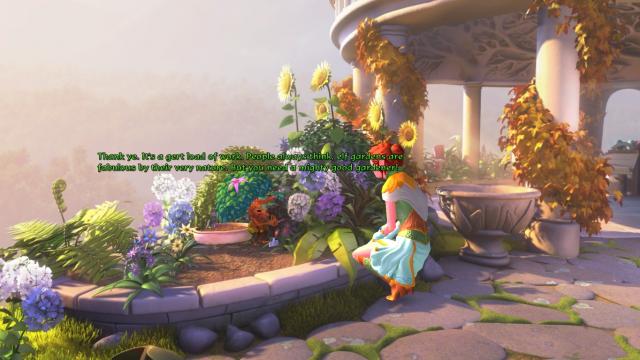 Speaking of puzzles, in Unwritten Tales 2 they're excellent. Much of the problem-solving in the game involves collecting and using inventory items in a number of unusual ways, for example using a mirror to trap a narcissistic bird. For the most part the puzzles are challenging but accessible, producing those "a-ha!" moments that make the genre so satisfying. There are a handful of frustratingly obtuse puzzles, however, that either require a lot of trial and error or the discovery of a specific line of dialogue.

So, Unwritten Tales 2 embraces many of the hallmarks of the genre: strong production values, a silly sense of humor, and tricky puzzles. But it also features two things that are somewhat unique: multi-character gameplay and optional side puzzles. Just as in the premier game in the series, players can control four different characters: the elven princess Ivo, the gnome mage Wilbur, the treasure hunter (and scoundrel) Nate, and the furball Critter. It makes puzzle-solving more interesting and diverse. 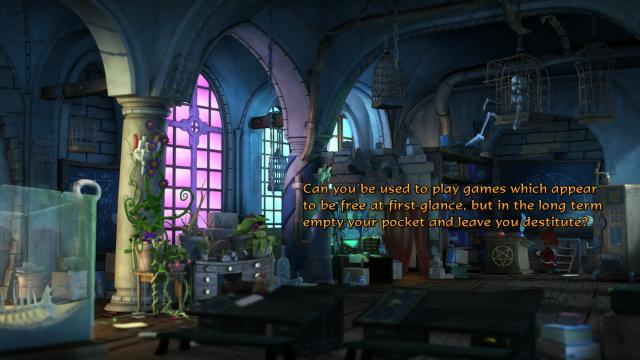 New to the series are optional side-quests. These are puzzle chains that don't advance the main story but rather earn players new outfits. It's a brilliant addition that adds a bit of replayability to a genre traditionally low on replay value.

Unwritten Tales 2 is most definitely worth playing, for adventure game veterans or novices, but is it worth playing on home consoles? Yes, but with a caveat. Point-and-click adventure games have had a long and rocky history of transition from home computer to home console, and Unwritten Tales 2 is no different. Instead of moving characters to a specific location by clicking on it, players on PS4 move characters manually with the left stick and interact with items by pressing the cross and circle buttons.

It's a dependable system, but it's more awkward and less intuitive than the tradition mouse cursor set-up. It also has an unfortunate side effect: interactive items are highlighted by proximity. Those who dislike "pixel hunting" may find this a welcome relief, but adventure game purists mould be turned off by this helping hand. 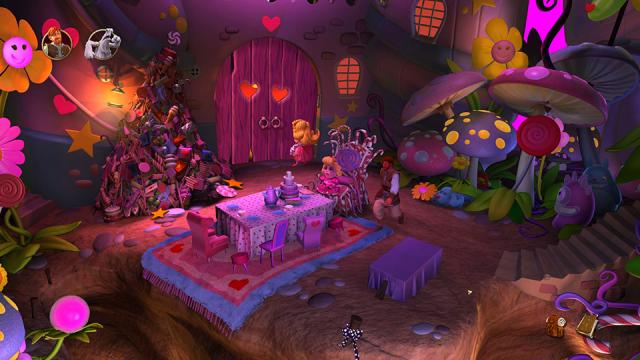 Overall, Unwritten Tales 2 is a satisfying point-and-click adventure game and a worthy sequel to one of the genre's best. It's weighed down by excessive dialogue, yes, but it possesses some extraordinary production values, a terrific sense of humor, and a collection of challenging puzzles. The controls on console are inferior to those on PC, but the core adventure remains intact.

This review is based on a digital copy of The Book of Unwritten Tales 2 for the PS4, provided by the publisher.

Nice to see classic P&C adventures on consoles, hopefully days when developers like Benoit Sokal had problem putting even classics like Syberia 1/2 on console are way behind.