Fallout 4 Season Pass to Include All DLC, Priced at $30 - News

Bethesda has announced a Season Pass for Fallout 4 despite not knowing exactly what the DLC packs will contain at present.

What Bethesda does know, however, is that the Season Pass will cost $30 and will give access to all of the DLC that will be released for the game. All of the DLC will be worth at least $40 separately. 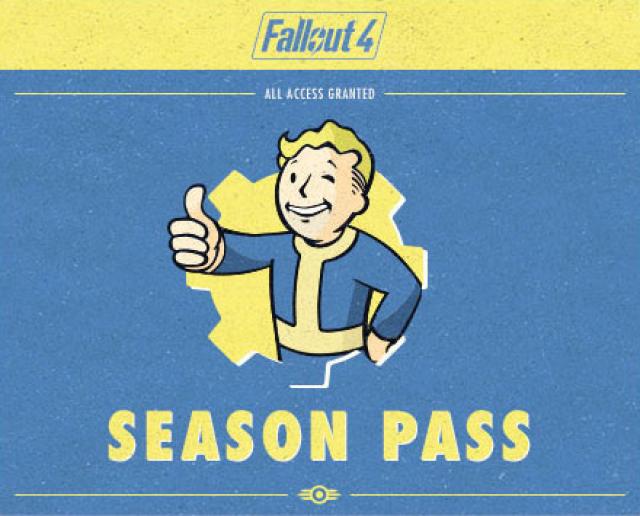 Besides major DLC releases, Bethesda also plans on supporting the game with "regular free updates". These updates will not only fix bugs in the game, but will also add new features.

I'm one of those jerks who waits for the GOTY edition a few years down the line, but if I was into paying for DLC I'd be happy that there was one price I could pay for everything, no questions asked.

Heeeeeere we go, and the game isn't even released yet.

This is one game that i don't mind spending extra for the dlc, which i rarely ever do. Fallout is one of my all-time favorites.

Well, most Season Passes are cheaper than the DLCs bought individually, so this is nothing new. What picked my interest is how does Bethesda know that the DLCs will be WORTH $40 if they don't know what will they contain?

Well they probably intend to follow the same plan they have since Oblivion. Some small DLC bobs (The various player homes from Oblivion and Skyrim (Frostcrag, Hearthstone respectively), the Mother Ship Zeta from Fallout 3), then some major quest DLC (Knights of the Nine, Broken Steel, Dawnguard), and then one major expansion (Shivering Isles, Point Lookout, Dragonborn). So they know roughly what will be in the DLC offerings. And it's usually some pretty substantial stuff, so it's DLC done right.

Is this really news everyone does the same bullshit