Last November, Upper One Games released an unusual and disarming game called Never Alone. Based on native Alaskan folk tales, it managed to spin a strong story about an eternal blizzard that plagues the land and two adventurers - a young girl named Nuna and her Arctic fox companion - who try to restore the balance.

Now, eight months later, the game has its first expansion, Foxtales. Like the original game, Foxtales is an atmospheric puzzle platformer with simple but satisfying mechanics and a rich cultural identity. 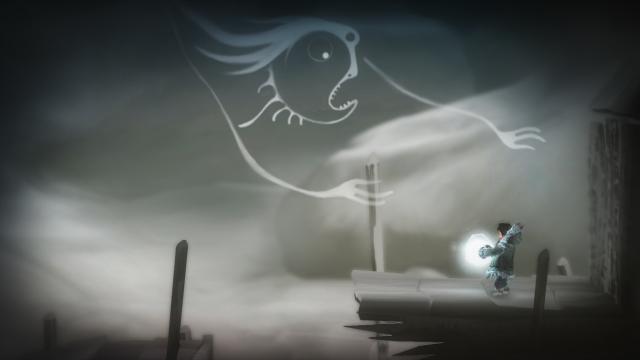 Foxtales exists as a separate campaign from the base game. Inspired by the native tale "Two Coastal Brothers," the expansion follows Nuna and Fox as they attempt to rescue a mouse they chased into the ocean. Nuna and Fox climb aboard a canoe and explore the coasts, rivers, and lakes of northwest Alaska in search of their missing friend.

Like Never Alone, this expansion offers a unique setting - the world of native Alaskans - and a rich mythology. By collecting hard-to-reach owls, players can unlock "cultural insight" videos, which delve deeper into Inuit culture and folk tales. 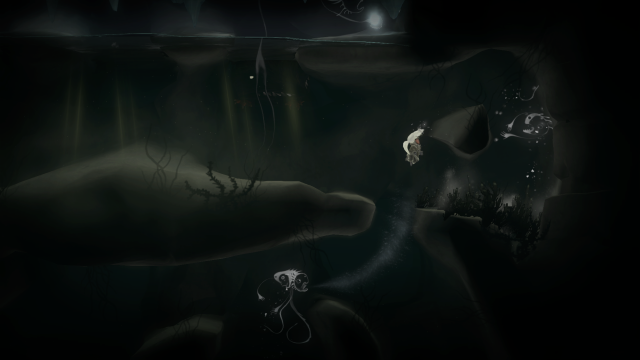 Mechanically, Foxtales will be familiar to anyone who's played Never Alone. Nuna and Fox can jump, swim, and climb as they navigate environmental hazards and solve puzzles. New to Foxtales, however, is its aquatic theme. Most of the adventure takes place on or in the water. Players must pull and reposition spirits to alter the flow and direction of currents, and use rocks to break up underwater blockages.

Another brand new addition is the canoe, which only Nuna can operate. Players manipulate the canoe by positioning the paddle and then rotating the joystick. It's simple enough but it can be a bit tetchy at times.

Together, Nuna, who paddles the canoe, and Fox, who's the stronger swimmer, make a good team. Since they need to work together to solve environmental puzzles and defeat a boss, playing Foxtales in co-op is the superior option. The expansion is playable solo, but, like Never Alone, the experience is far from satisfying. Foxtales is best enjoyed as a multiplayer game. 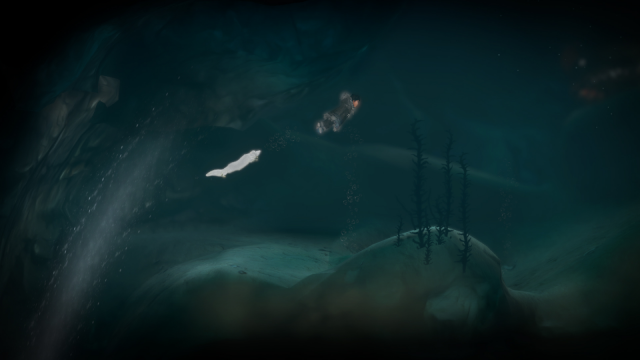 Foxtales is a charming expansion to an inspiring and under-appreciated puzzle platformer. Yes, it's short - it can be completed in 60-90 minutes - and it suffers without a co-op partner, but with a good friend by your side it's worth the price of admission. Culturally and atmospherically, it's spectacular. Mechanically, it's straightforward but gratifying. Those who enjoyed the sweet simplicity of Never Alone will surely enjoy Foxtales.

This review is based on a digital copy of Never Alone: Foxtales for the PS4, provided by the publisher.

I liked the original, I'm thinking on giving this expansion a try. Cool review.