Legends of Eisenwald represents an engaging mix of genres. It's part adventure game, part role-playing game, and part turn-based strategy game. The result is a title that is broad but not especially deep. Anyone looking for a comprehensive and complex RPG or strategy game might end up disappointed with Eisenwald. Those in the mood for a medieval adventure with a smart dose of tactical battles, morality choices, and RPG elements, however, will find a lot to like.

Eisenwald begins by asking players to choose a hero: a knight, baroness, or mystic. From there players are swept off to 15th century Germany where political machinations, land disputes, and peasant rebellions are the order of the day. The plot of Eisenwald isn't particularly deep, but its mythology certainly is. 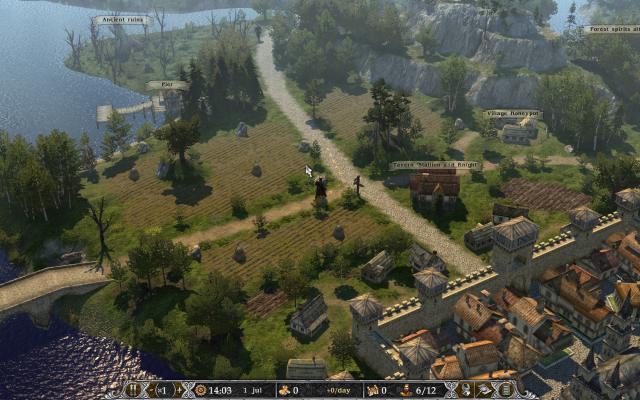 Developer Aterdux Entertainment has infused into its game a huge amount of detail concerning places, people, and legends, providing a rich tapestry of fact and fiction that draws the player deeper into a magical and often brutal world. Adding to that tapestry are modest, but rich visuals, and a robust musical score.

When you aren't catching up on the latest gossip at the local tavern or massaging the ego of a local lord, you're accepting quests and engaging in battle. Quests come in all forms. There are story quests related to the security and ownership of borders and castles. There are side quests that involve everything from hunting buried treasure to hosting a celebration (and, in the process, drugging a rival landlord). Rarely is there an inconsequential or tedious quest; the vast majority are interesting and worthwhile. 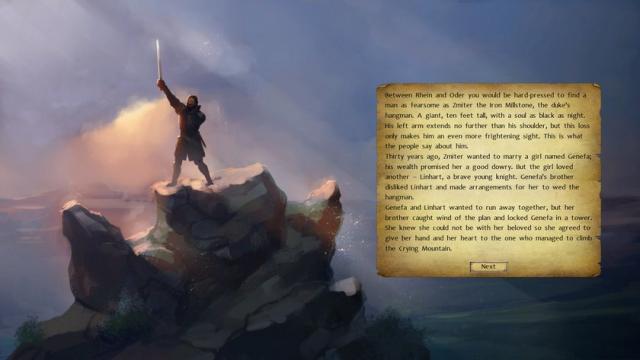 The only problem is that it's sometimes difficult to trigger a quest, or, once triggered, to complete one. At times a quest inside a castle will trigger only when the player's party leaves the castle. At other times, players must move their avatar to a precise location on the map (and sometimes at a precise time) to continue a quest. While the quest log provides information about each labor, it occasionally skips some important details. Still, this vagueness in quest design encourages exploration and discovery, so it's not all bad.

The third pillar of Eisenwald, in addition to gossiping and questing, is fighting. As you tour the countryside, you'll recruit followers and hire mercenaries. You can control as many as 12 fighting units, including soldiers, priests, healers, and archers. Soldiers are front-line brawlers; priests and healers provide enchantments; and archers, unsurprisingly, fire projectiles. The number of units in a given party is restricted by castle ownership and by how much gold you have - mercenaries aren't cheap after all. 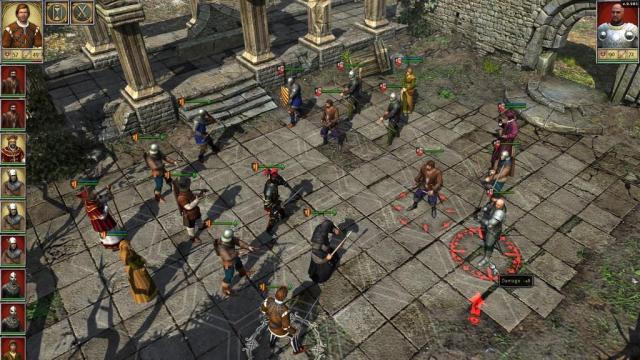 When a battle begins, the game switches from its default real-time map screen to a turn-based hex combat screen. Each unit acts according to his or her "initiative," which determines how often a character moves. Armor, weapons, spells, buffs, and your own strategy determine the rest. In general, battles are fast, simple, and contained. While the speed and simplicity of each battle is refreshing, the lack of complex tactics is a letdown.

Anyone expecting a tactical affair on the level of Shining Force or Fire Emblem need not apply. There are no movement points, for example. Melee characters can only attack the closest enemy, regardless of whether that enemy is one hex away or five hexes away. Also, units cannot skip a turn. You can introduce new tactics by changing weapons and "initiative," but battles, overall, aren't particularly complex. It seems like a missed opportunity. 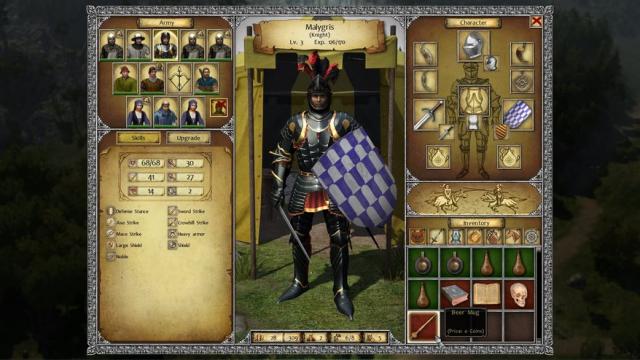 The simplicity of turn-based battles notwithstanding, Eisenwald is a game that's easy to recommend. It cleverly mashes together elements from adventure, strategy, and role-playing genres and transports them to a unique medieval setting. The relatively thin plot is enhanced by a captivating mythology, rich visuals, and excellent music. Questing requires a keen eye and a good amount of patience, but those willing to learn the intricacies of the game will find dozens of hours of entertainment.

This review is based on a digital copy of Legends of Eisenwald for the PC, provided by the publisher.

Looks similar to Expeditions : Conquistador, which was a good game.