Madden NFL 16 is getting a 1TB Xbox One bundle. It will hits store shelves on August 18th, which is one week before the official launch date for the game of August 25th. 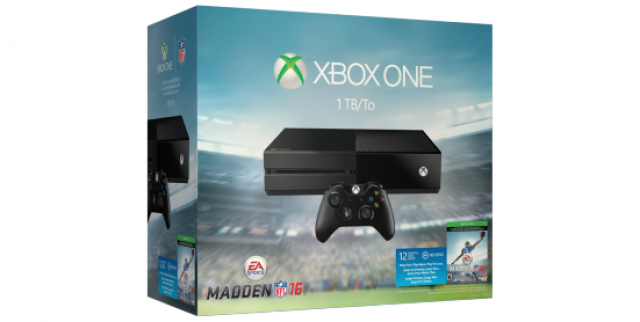 The bundle comes with a 1TB hard drive Xbox One, a copy of Madden NFL 16, and a one year subscription to EA Access. It will be priced at $399.

So MS has 2 new bundles for August: Madden 16 1 TB, 1 year EA Access for $399; and Gears 1 Ultimate, 500 GB, early Gears 4 beta access, $349. They also have Rare Replay releasing this month which could sell a few consoles. Xbox One should have some pretty good sales for August, very likely another month that's up year over year.

They should do one for Fifa when it releases as well.

They better announce it at Gamescom.

Cool , will be buying the blue forza 6 system bundle.