I guess I'm going to have to talk about P.T., or Playable Teaser to give it its full and illustrious title. If you're reading this here on VGChartz then I'm going to presume you have a relatively good handle on all of the latest gaming news, but indulge me a moment while I set this piece up with a brief recap.

P.T. was a neat little teaser demo for the upcoming Silent Hills by Hideo Kojima and Guillermo Del Toro, which got everyone terribly excited. However, publisher Konami and Hideo Kojima got into a lover's quarrel. Things escalated, and it quickly ended up with Konami flinging Kojima's clothes out of the bedroom window. Unwilling to await divorce proceedings, Konami has started burning the rest of Kojima's possessions in a fire out in the back garden, P.T. and Silent Hills among them. 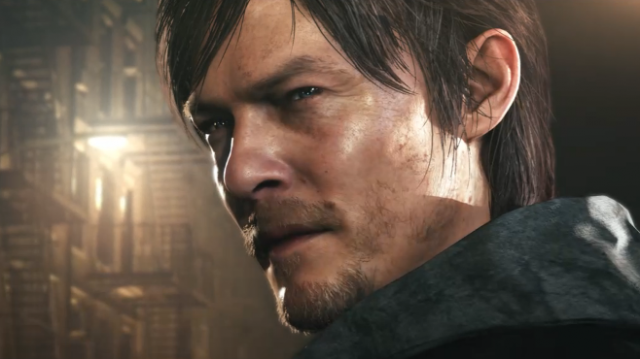 P.T. has also been permanently removed from the PlayStation store. If you didn't already have it on your hard drive then you will quite likely never be able to play it. In a way I understand why it's gone - it is after all marketing material for a game that will now never happen. Its utility within Konami's corporate structure is nil. People are upset, though, because it was an interesting little horror vignette. I wanted to play it myself, moreso out of curiosity than anything else.

I mention the demo because it's a great focal point in addressing the god awful way the game industry treats its heritage. The industry's respect for history is on par with the Wikipedia entries which claim that Henry VIII formed a motorcycle gang to raid Hitler's Venusian armament factories. If they can't slap a HD sheen on it, cram it into a collection and sell it to you again, then these companies don't want to know.

Let's be honest, most of us don't take time out of our days to ponder the merits of archival. Nonetheless it's rather important. Not only in its cultural value as games continue to grow within the modern media landscape, but it's also important to know where the medium came from, both for researchers and historians, as well as the new generation of game design students who will be taking advantage of the fact that many more colleges and universities offer game design courses nowadays. 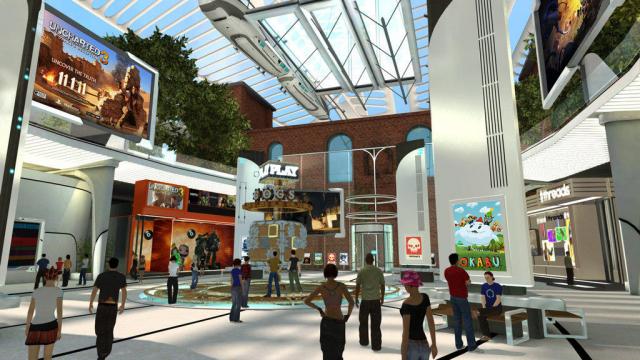 Personally I think the more tragic loss was the closure of PlayStation Home. You could argue that Home wasn't very good, and you'd be right, yet the game industry was a very different place when it was announced back in 2007. In a way it encapsulated the ambitions and hopes that gaming could be a more social and shared experience, something that's only really coming into its own now thanks to services like Twitch and YouTube integration. We had to start somewhere. Sony had no idea what it was doing with Home, but it was a building block. The moment Phil Harrison threw a Bravia television down some stairs to show off the physics engine, or all of those weirdly sexual dance parties in the plaza, will have to be kept alive through the stories of “those who were there.”

Come July, PlayStation Mobile will also be shut down. There won't be that big of an outcry because we still look down on mobile games. Undoubtedly many of those games will be preserved through piracy (mobile games are generally easier to pirate than console software). It shouldn't be the job of pirates to preserve any of this though. The Internet Archive does great work in this regard, with over 2,000 retro games available to play for free on your browser. And hey, even if you don't care about archiving, free games are pretty cool!

Yet in a move that is indicative of the state of the industry, the Entertainment Software Association - a group that represents a number of large game publishers - doesn't want organisations or museums to preserve old or abandoned games. It doesn’t want anyone to restore the functionality of older video games that are no longer supported by their publishers because, says the ESA, “this is 'hacking,' and all hacking is 'associated with piracy.'”

There's a cultural numbness here that dictates that if a product is not actively generating capital then it is rendered worthless. To compound the issue, while publishers actively seek to dismantle the past, they try to sell us on the lie that our digital-only future, as inevitable as it is, will mean that our games will live forever. At least until they unplug the servers. 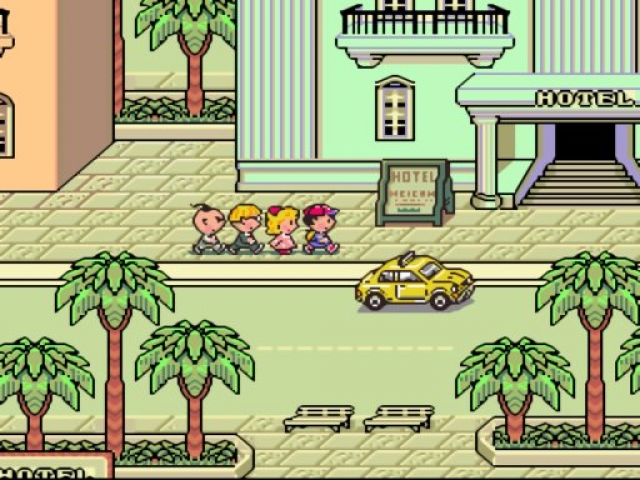 In a way digital storefronts ease the burden. Remember how difficult it was to get a copy of Earthbound before Nintendo stuck it on the e-Shop? But more can be done. Online stores don't last forever. We don't even know if Steam will be around in ten or twenty years' time.

I think we can agree that games have some artistic merit to them, and we need institutions to treat them accordingly. Film researchers bemoan the loss of early films made in the 1920s. The same could happen to games and private collections just won't cut it.

A few days ago I said that even if only a couple of people come away from the P.T. situation with a new or even small interest in archival work then that will be no bad thing. I wrote this piece to specifically raise awareness of this issue. What can you do? As much or as little as you want. You could start your own little curation project, get involved in communities like Moby Games, or just be supportive. People always appreciate a smile and a nod.

If you feel angry, annoyed, or just a little bit miffed about all of this, good! We'll never get passed any of these hurdles until the game industry gives a damn about where it's come from and where it's going. Right now it's an industry that wants you to hand over your cash again and again in exchange for promises and dreams, constantly reassuring you that all of this is worthwhile, even as it's shovelling its heritage into a landfill.

You're right; as consumers we can and should control the result. Remember that one time all those people on Reddit pledged to boycott MW2 on PC because it had no dedicated servers? And then most of them bought the game anyway? That was less helpful than #Kony2012. Remember when people cried after their pre-ordered games were broken at release, after they got burnt by doing the same thing before? You can't call rape when you give consent like that. Remember when everyone shit bricks over DRM and MS revoked it very quickly? That is how a consumer controls output. Some people need to learn that corporations are not their friend. We don't exist to serve them; they exist to serve us. I'm beginning to see a trend of consumers standing up for themselves (like they are supposed to) and that makes me very happy. I'm a huge fan of Naughty Dog, but if they started putting up paywalls they would deserve to get pumped harder than a nymphomaniac. As consumers we don't deserve to be seen as toothpaste tubes. We need to be seen as a nice big box of laxatives: ready to blow shit all over the place at a moment's notice.

Yea, it sucks how games like PT can no longer be played anymore... At least not legit ways anyway. For all the badness that piracy and hacking brings, in certain cases like PT, it is the only way which is a shame really.

One day the ps4 will be hacked and most likely, the people that will hack it will have a copy of PT in their hard drive somewhere or someone will and they will upload it and then other people that hack their ps4's will get to play it. I am not trying to promote piracy btw, I am saying that if this is the only way to play such a remarkable demo like PT, it really is pretty shame and I really hope there is another alternative in the future because people must experience it. (Specially since it is the last remains of Silent Hills)

You're right. You can burn a book but something digital is much harder to erase.

People may not agree that there is artistic merit to games, but there is certainly cultural merit to games. Cultural merit is equally deserving of preservation for posterity as artistic merit. I think after a certain time the rights to a game should revert to the developer rather than the publisher. At least that way there is hopefully enough creative pride in the rights holder to preserve a game for posterity rather than a purely business motive which is to throw a non-profit-making product on the trash heap of history.

Agree wholeheartedly. The copyright system is another thing that is an absolute mess.

Funny how a lot of people missed the point of the article. It did more than outlining the falling out between Kojima and Konami. This also had a worthwhile perspective of the state of the gaming industry. There's no anti-digital propaganda here, in fact, it's quite the opposite. The games of yesteryear have become lost - mired in refuse and obscurity. The software that epitomized the best in developer achievement are being overshadowed by the ambitions of greedy stockholders and vapid, spend-happy consumers who don't give a whim about quality - rather, a visual fix akin to cocaine highs. Nintendo has made an honest effort to preserve the games that were acclaimed in the past. Sony and Microsoft are enabling the blatant money-grab that is re-releasing a "high-definition remastering" of games that are hardly even a decade old - content to abandon everything else. There's no real respect for gaming history and heritage from the latter. Hell, they're even content to completely abandon backwards-compatibility, stonewalling those who may be dissatisfied with the current generation offerings. For a long time I was weary of my PS4. I couldn't quite put it into words, but after reading this article I finally have something to advocate and reiterate. Wanna know why I'll always stand by Nintendo? It's because they've had the most respect to gaming history and are doing their best to preserve it - through hardware and software both. Sony and Microsoft are content to abandon history, selectively preserving what they believe epitomizes the achievements of the gaming industry...kind of like the Patriots from Metal Gear Solid...kind of.

Do you know what CTRL+Alt+Del does? It has nothing to do with deleting things.

I yeah know, just couldn't resist that headline though!

Sad to hear about Kojima and Konami. It's always sad when a good relationship turns bitter after a long period and ends badly. Just a really bad break up. I think given time they will patch things up again. They may never date or go out again but at least be civil to one another. Shame their Unborn child PT got the abortion before it's birth....shame...

Also, this is the best demo in the last 10 years from Konami. Just saying

I'm starting to think Konami was jealous of Kojima. Why are they going to these lengths to take donw the demo.

I've been spamming #boycottkonami and I don't feel ashamed to admit that.

Konami is leaving the AAA game development, so no use boycotting them. LOL

this why I'm afraid of digital only games, because the publisher will always have the power to take the game away from the players. A digital game will never be yours to own.