Star Wars is a franchise that lends itself incredibly well to video games. It happily ditches scientific reality in favour for whatever seems cool. Ships travelling at warp speed don't need to worry about time dilation. Sound frequently travels through a vacuum and galactic politics can be summed up as goodies against baddies. Don't take this as a knock against the films though  - I wouldn't have it any other way. Let the descendants of Clarke and Asimov worry about the real hard and gritty sci-fi. None of those guys invented AT-ATs. 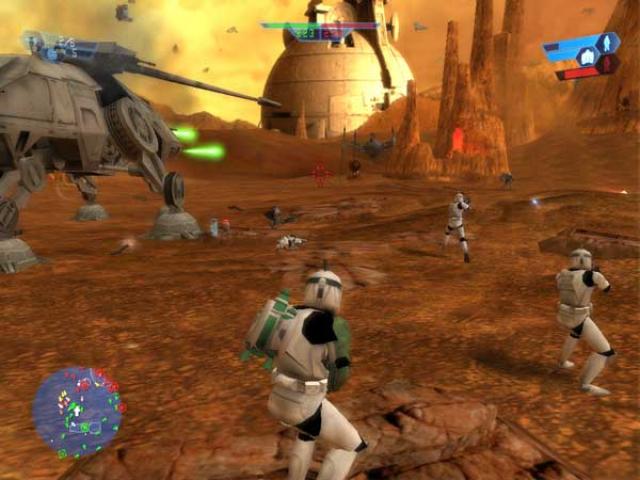 This nonchalant approach to world-building also carries over to the planets that make up the galaxy far far away. None of them seem to have differing climates in different hemispheres. You want an ice planet? Got one! A desert planet? That's covered. How about a forest planet? Well, sorry, we're going to have to make that one a moon. This all lends itself wonderfully to being transplanted into video games. The original Star Wars: Battlefront might have been the one to get it near perfect.

We've heard a lot about how EA DICE is going to stay true to the original vision of the films for its take on the Battlefront franchise. Tirelessly transferring the actual movie assets from Lucasfilm's vault into the game through a technique called photogrammetry. Reportedly Lucas and his crew started making props with scrap before the film was even approved by 20th Century Fox. This in part helped Lucas to develop his “used future” aesthetic. By all accounts Battlefront will be a finely crafted game with a budget that probably goes some way in surpassing the original Star Wars' then lavish $11 million. It presented a galaxy that was beat up, hobbled together, and very shabby. It felt real in a way the overly digital prequel trilogy never could. 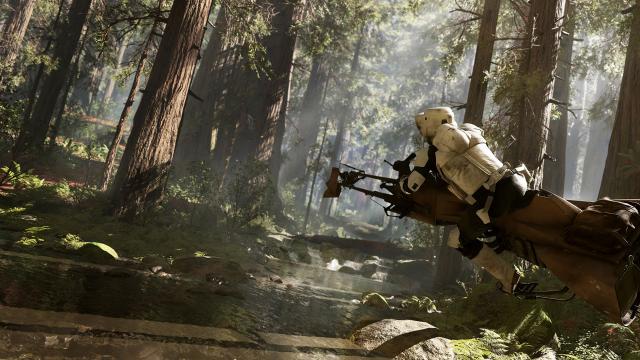 The same can be said for the first Star Wars: Battlefront. This was not a well-polished game. TIE Fighters would become tangled in the geometry and grenade blasts would send you on a seemingly never-ending trip across the battlefield. The whole game had a kind of floaty feeling to it, while enemy troops almost rushed to be the first ones to throw themselves onto your blaster fire. For all its jankiness we loved it because it was dumb, and Star Wars is the best kind of dumb.

In a way the industrial, almost rebel spirit of the film was transplanted directly into the game's mechanical code. Star Wars swept us along with its drama about stolen Death Star plans and kidnapped princesses, while Battlefront reminded us why we loved those things. Before the game's release magazines were calling it Battlefield re-skinned, much like the chatter around the newly revealed game right now. Even though it certainly borrowed a lot from that series' template, that label does Battlefront a disservice. It could never be a Battlefield game because it was simply too ludicrous, undaunted by visions of grandeur. Star Wars: Battlefront was the Kelly's Heroes to Battlefield's Patton.

This is a game where a rocket blast could propel Darth Vader off a Bespin platform, sending him into the never-ending clouds, past the X-Wings and TIE Fighters dogfighting above the ground troops. I saw a Jawa fly straight over the roof of the Mos Eisley cantina. My sniper's scope collected many a Wookie pelt down at the Kashyyyk docks. It was the greatest kind of unbridled madness. 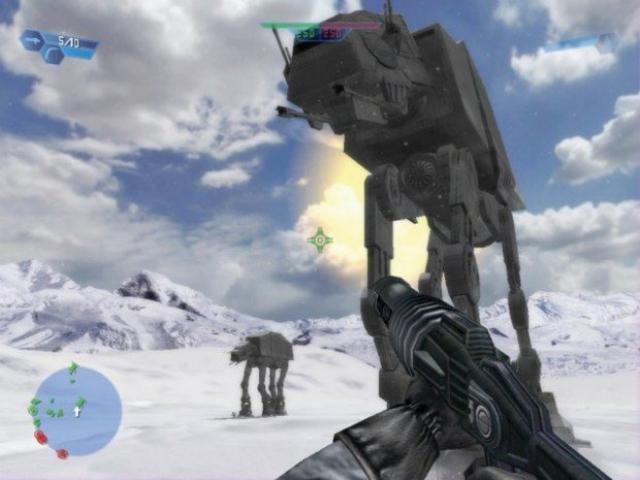 There were no kill-streaks to unlock or character classes to pour experience points into. You would pick a map, pick a class, and then proceed to shoot everything that moved. It knew exactly what players wanted. Stormtroopers, X-Wings, and Speeder Bikes. The very first level of the Clone War campaign tasks the player with decimating the Gungan army., the developer happily winking “Yeah, we know what you like.”

In a way this new game is very much in keeping with the times. While I might fret that EA DICE's game will be too shiny and modern for its own good, I know in my heart of hearts we'll never see the likes of the original ever again. The same goes for the upcoming films. While I allow myself to be excited for Star Wars once again, they'll never recapture the magic of watching Empire for the first time. Nostalgia can be cruel. So here's to Star Wars: Battlefront, that wonderful little anarchic gem, and to the many skirmishes to come.

Its EA, they have been shorten Development cycle trying to get a cash in on Gamers. eg SimCity (2013), Dragon Age 2, Sims 4, Battlefield Hardlines. DLC is getting intensive and lacking in content themselves. EA's shares are increasing, profits are all time high for them.

Kind of agree with the article.

This new game does feel like battlefront 0 rather than battlefront 3 which is what the fans wanted.

"Nostalgia can be cruel."
This sentence is the core of this article.

Academy Award winning article. Well maybe not but it's a great read.

Ha, thanks I'm glad you enjoyed the read!

I don't understand this : are you saying that SWB won't be good because the original was not good?

Oh no not at all. I'll try to clarify. The original SWBF was a great game. It was weird and a bit creaky at the hinges, but it had a lot of heart, and people fell in love with it. Really there's no telling if the new game will be good or not, but it'll save a lot of heartache now if people can accept that it will be very different.