Telltale Games' adventure series The Walking Dead has rocked the zombie world through three episodes, with reviewers raving over its drama and high production values (including our own Joseph Trotter). Now, for one of you lucky readers, it will be your chance to experience The Walking Dead! We are giving away a Season Pass for The Walking Dead, redeemable on Steam.

To win, you can submit an entry through one (or more, for extra chances to win) of the following methods:

4. Comment in this article with a funny caption describing the below image from The Walking Dead. 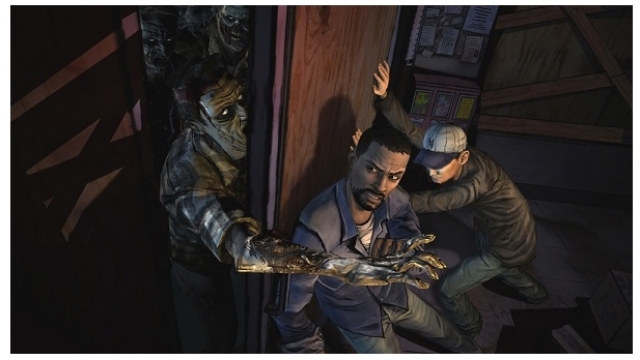 The contest will be open from now until Friday at 7:00pm Eastern US Time.