Sporos is one of those puzzle games that smartphone owners have no doubt seen plenty of on their app store of choice. But there’s something different about Sporos. It has a mechanic unlike much of the glut of puzzle game apps. Your task is to place little amoeba-like life forms called Sporos into circular slots. Once placed, the Sporos grow out in straight lines, in up to six different directions. The object of the game is to fill up each circle in as few moves as possible. 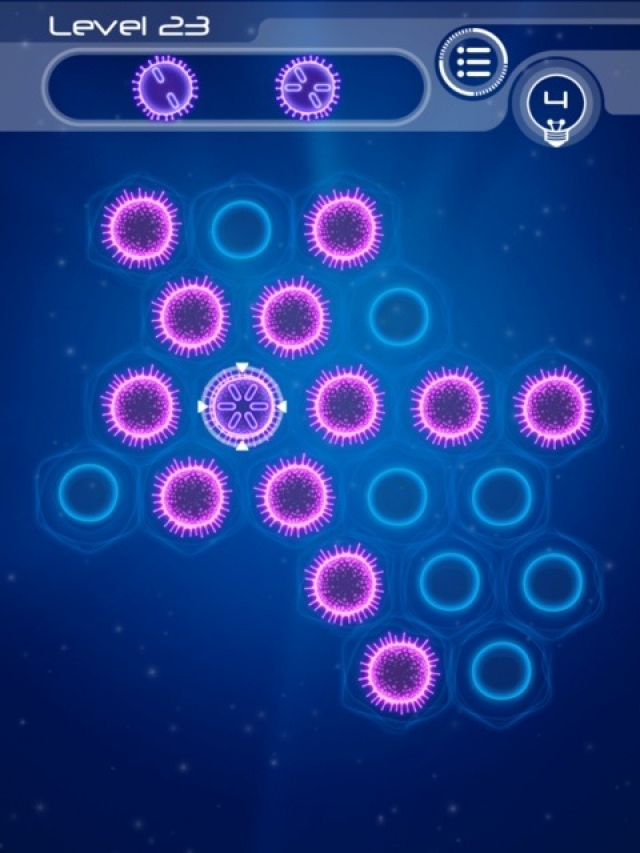 What intrigued me while playing Sporos is how the mechanic of the growing Sporos tested my mind. The game not only makes you consider the action where you place your Sporos, but all across the maps. I had to think about six different angles as I placed each Sporo, and as the levels grew more challenging, it was a real test of spatial awareness. At times, it was frustrating, but it never felt unfair, and completing a tough level (especially without using a hint) feels incredibly rewarding.

But if you do need hints, the game offers them up to you. You get three hints at the start of the game. If you need more, you must wait until the half-hour timer expires to get a free hint, or purchase hints. This means the dreaded freemium part of the game can be ignored if you’re patient. Though the counter only works when the app is active, which is frustrating, since you’re not likely to keep Sporos open for an entire hour. This means that if you find the game difficult, you’re probably going to drop it entirely instead of pressing on, though I do encourage you to keep pushing through.

Sporos comes with 300 levels in the Essential Lab for free. While that is a lot, it can get repetitive quickly. So I recommend that you play the game in spurts rather than try to marathon it, as otherwise monotony will set in. There are also optional purchases for an Experimental Lab, which includes mutated Sporos and different challenges, as well as Pro versions for each of the two labs. I didn’t have access to these additions in the version I was offered, so I’ve opted not to do a traditional scored review for the game. 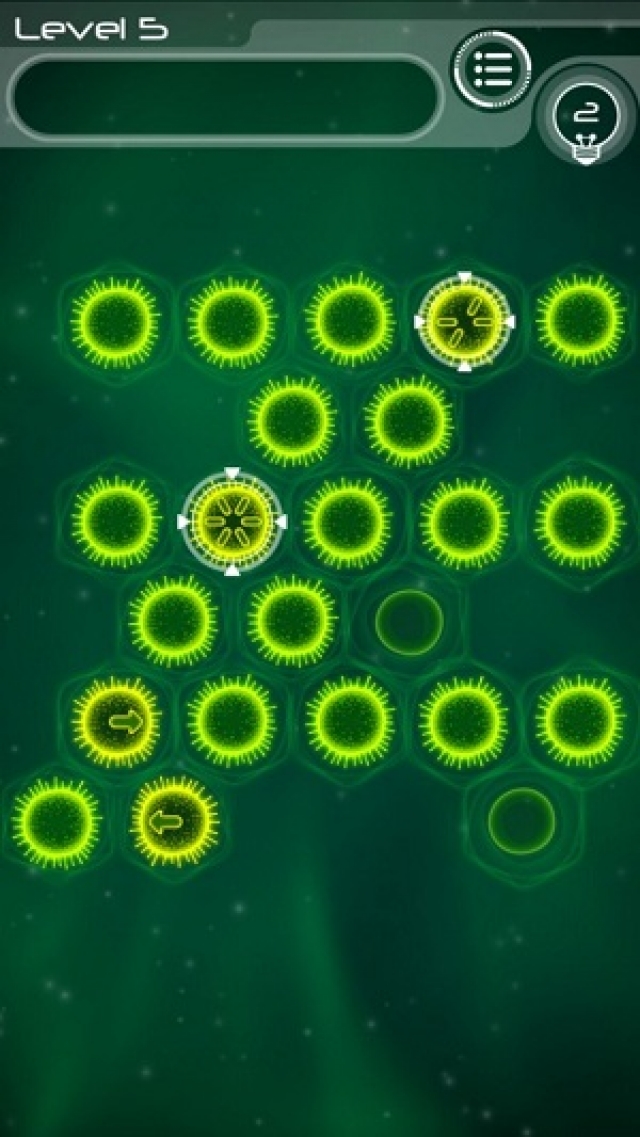 Sporos is a fun little puzzle game with a lot of levels, an interesting mechanic, and a rather charming minimalist aesthetic. The game can get repetitive and the hint system can frustrate, but even so, the game offers a lot for gamers looking for a brain teaser. It’s free on iOS and Android now, so give it a shot!