Before we get to my no-nonsense review of Animal Crossing: New Leaf, let me tell you the story of how I became mayor of a small town called Polaris.

It was rather unexpected. I got off the train, ready to start my new life as a villager and saw the other villagers there to cheer for me. It was odd to see such a celebration for me and then I found out why; their mayor was supposed to be on that train. But I was the only one who disembarked, so they decided to make me mayor! It was all very confusing and shocking, but they wouldn't accept my confused denials. So I took the job and became mayor of Polaris. 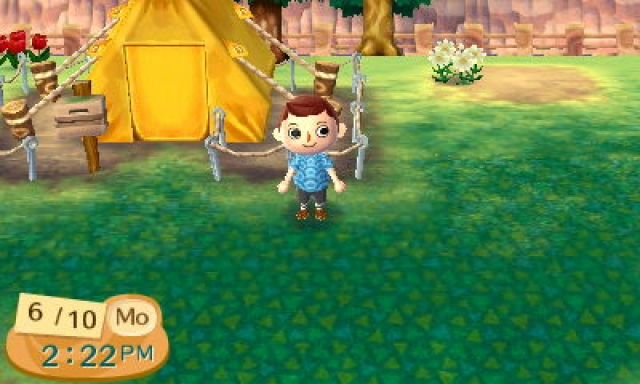 First thing to do was visit my home... which wasn't built yet! Luckily Tom Nook, now a full time realtor, got to work and began it immediately, but my first night would be spent in a tent. They sure don't know how to treat a mayor right! So I visited the Nooking Junction (now run by Timmy and Tommy Nook) to buy a fishing rod and shovel and begin an adventure that will surely last for years to come.

Welcome to Animal Crossing: New Leaf, the newest entry in Nintendo's simulation series. It is once again time to join a town with anthropomorphic animals and build a community the way you desire. Everything you may remember from prior titles - fishing, bug catching, decking out your home - is back, with new additions to keep it fresh. But the major change that separates New Leaf from the prior Animal Crossing entries is your role. You are not just a villager, you are the mayor, and that gives you more power and freedom than the series has ever given you before.

Once you've settled into town, the changes in New Leaf become apparent. First you choose you the location of your house and then get to know your neighbors. Talking with your neighbors still works much like past entries, where you make small talk with them on various subjects (their day, their fashion, the town, gossip, etc). They also can ask you for items or ask you to deliver items to other villagers. There are some new tasks added to New Leaf - villagers can ask you to replace furniture in their homes with another one of the same size and challenge you to a game of hide-and-seek, among others. Villagers also plant flowers, shake trees and buy items from the shops. The total number of possible villagers has increased to 313, so if you're a veteran, you'll see a good mix of old favorites and neophytes. 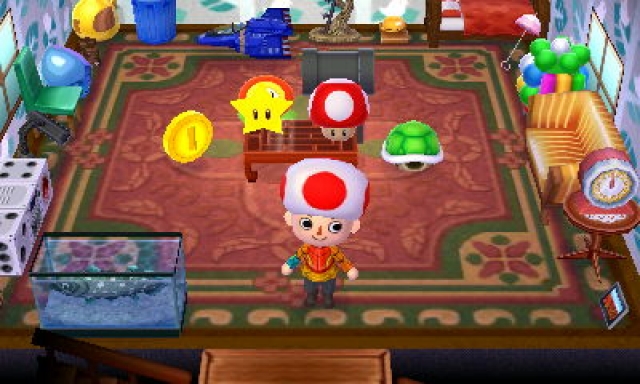 As always, you can decorate your home's interior with all kinds of wallpapers, carpets, and furniture. You could go all out and try to make a specific theme, hoping to impress the Happy House Academy, or go crazy and throw anything anywhere. Your house becomes a reflection of you and you want it to look exactly the way you want. And yes, you will be spending a lot of time on this, even if you insist now that you won't care. You must have the house in good condition for the villagers and other human players! (Jealous of my coelacanth? You should be.)

The shops, museum and post office are located on the north side of town and most of them return from past titles. Tom Nook's shop is now run by his nephews, Tommy and Timmy Nook, while the elder Nook has opened up a home shop and gone into the realtor business full time. Mabel and Sable return to design clothes, umbrellas and other fabrics, while Labelle has returned to the shop (after working for Gracie in City Folk) to sell accessories. Spending money at the shops will lead to upgrades to existing shops and the creation of new shops, such as a garden shop and a shop that sells shoes and socks. There's also a flea market store, Re-Tail, located within town which lets villagers (including you) put up items for an asking price, and other villagers will purchase them. They also tend to offer higher prices when selling items than the Nooks do. New shops can also be built as public works projects. 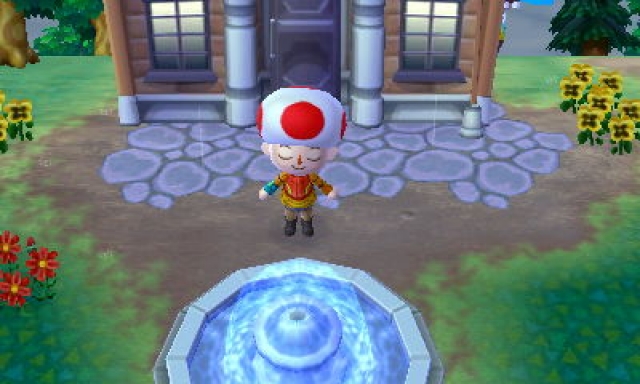 Public Works Projects are the biggest new addition to New Leaf. As mayor, it's your job to decide what will be built in your town. There are benches, stone tablets, campsites, clocks and more that can be built almost anywhere you choose. Each will require "donations" before they can be constructed. However, you'll be the one footing the bill, because the villagers donate very little to these projects and there's no taxation in New Leaf (but you could have other human players donate money to the projects when they visit).

Ordinances give you more control over how you want to play. If you play often in the morning, you can enact Early Bird, and shops and villagers will be awake earlier. Conversely, enacting Night Owl means the shops and villagers stay up later. If you just want to make more money, enact Bell Bloom to increase selling and buying prices by 20%. Beautiful Town significantly reduces the amount of weeds that crop up while you aren't playing and encourages villagers to plant more flowers. These ordinances do a great job of making the game malleable to each player's needs and are a strong addition to the series. 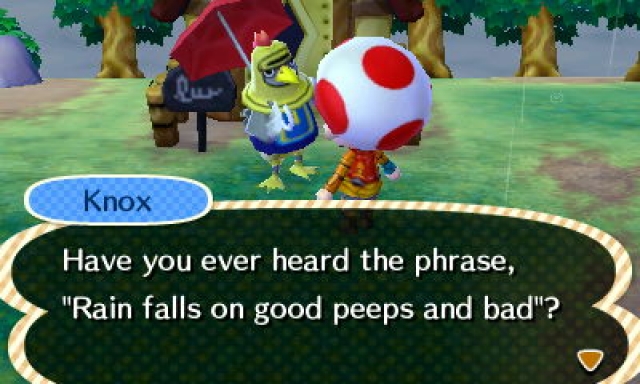 For more fun, check out the island, which becomes available during the first week of play. The island features several mini-game tours which award medals upon completion. Those medals can be used to buy exclusive island items to deck out your house and town with. It also has a smaller island with many exotic fish and beetles that can't be found on the mainland. They fetch a lot of bells, so it's a good location to get rich quick.

Multiplayer has been expanded for New Leaf. Up to four players can move into the same town, but only the first player who moved in gets to be mayor, while the other three are residents. Online, you can visit towns all over the world by exchanging 3DS friend codes. Up to 4 players (including the mayor) can be in a town at once and they can all interact with the villagers, stores, and features of the town. Players can communicate via text message while in each other's towns and if you both choose each other as "best friends" you can communicate even when not in the same town.

Another facet of online play is the Dream Suite. Here you can visit dream versions of various towns all over the world. You either input a dream address to visit a specific town, or the game picks a town at random from within the Dream Suite database. In these dreams, anything you interact with does not affect the actual town, so you have license to go crazy, be destructive, and do whatever you want. You can also upload your own town to give others that same pleasure (nooo, not my perfect orange tree!) 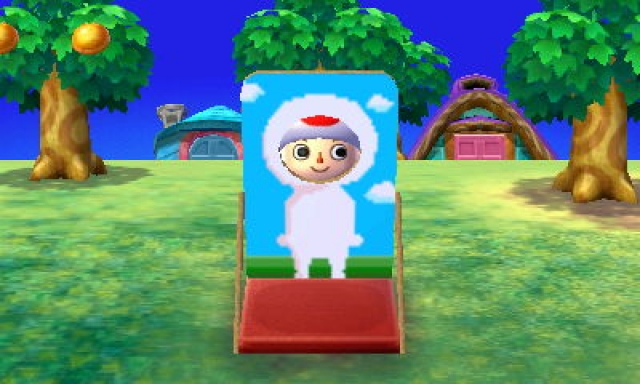 Presentation is just the same as it is in previous Animal Crossing titles. The graphics aren't pretty, the villagers speak in mumbly Animalese and everything is happy, cute and cuddly, almost sickeningly so. Those who don't like that style won't enjoy New Leaf any better than the past titles. It's a style that has become indicative of the series and at this point, you either like it or you don't.

Perhaps most important to New Leaf is the fact that, like prior titles, you can conceivably play the game forever. Something new is always happening, with new visitors, events and holidays occurring all throughout the calendar. After the initial excitement wears off and the set-up of your town is mostly done, you might only check into your town for a half-an-hour or so, but that's also the point. New Leaf is a virtual life simulation - it's not meant to be played in marathon sessions every day. Sometimes, just a brief visit is all that you need. 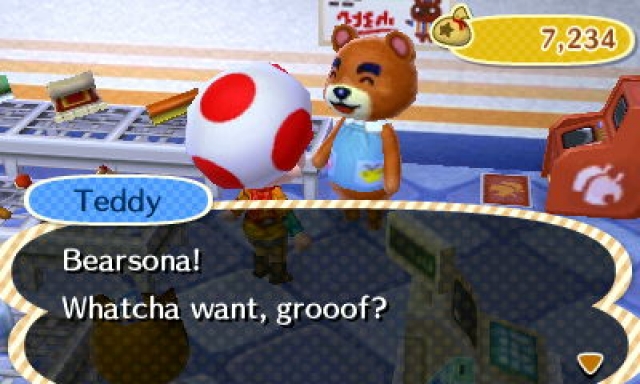 Animal Crossing: New Leaf is the definitive title in the series to date. Taking on the role of mayor has opened up the personalization of the town more than any other title and adds to the iterative changes that continue to make the series as immersive as ever. Those who disliked any of the prior titles won't see enough changes to justify jumping back in, but anyone with even a fleeting interest in the series should pick up New Leaf and experience the magic of this virtual village.

This review is based on a retail copy of Animal Crossing: New Leaf for the 3DS.