In my time at Eurogamer Expo, I managed to get my hands on a pretty lengthy (40-minute long) demo of Beyond: Two Souls for the PlayStation 3, which showed an interesting range of gameplay by taking segments from various points throughout the story.

The demo opens with a very young Jodie being tested for psychic abilities. She is able to deduce what is going on in the next room with the help of Aiden, a spirit who can travel through walls and interact with objects, and relay his vision back to her. But something goes wrong, and Aiden starts causing chaos, leading to the abrupt cessation of the experiment. This is the segment that introduces Aiden to the player. 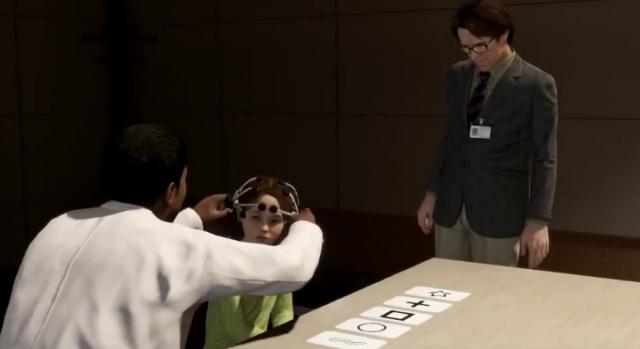 The next segment focuses on combat. Replacing the straightforward “press the button on the screen” quick-time events from Heavy Rain is a new system in which you move the right analog stick together with Jodie’s movements to connect or dodge an attack. In practice, this means swiping left to hit left, swiping right to hit right, and swiping down to duck. It’s reminiscent of Indigo Prophecy’s system, but easier because the game conveniently slows down whenever you have to do anything. I imagine these pick up in difficulty later in the game.

The third and final segment is the longest. Jodie is dozing on a train when a group of police officers board, looking for her (the reason for this is not explained in the demo). She uses her reflexes and Aiden’s abilities to escape and find her way to a nearby town, where Aiden wreaks havoc by mind controlling enemies and using them to kill their accomplices. 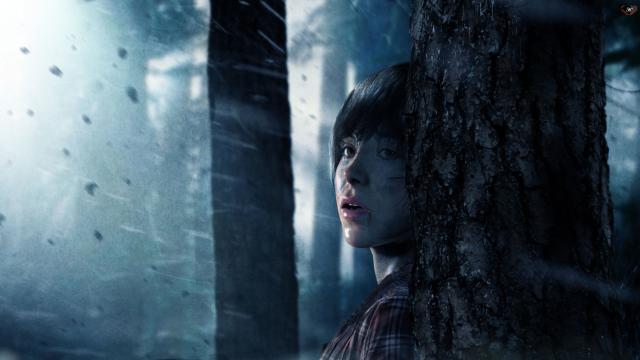 The atmosphere, music and story all seem excellent, but I’m sorry to say that I found the gameplay a little disappointing. The combat is laughably simplistic; Aiden's scenes generally boil down to “interact with everything you see”; movement with Jodie is more or less on-rails. There’s no sign of any of the open-ended investigation that we saw in Heavy Rain, and there’s none of the heart-pounding fast-paced action of Indigo Prophecy either. If any of Quantic Dream’s games can face criticism for being little more than an interactive movie, it’s this one. However, this is only based on a very small segment of the game, albeit one that has been chosen to sell it to an audience, so hopefully the full game is more cerebral and has some more variety.

Beyond: Two Souls is set to be released on 8th October in North America and 11th October in Europe, exclusively on PlayStation 3.